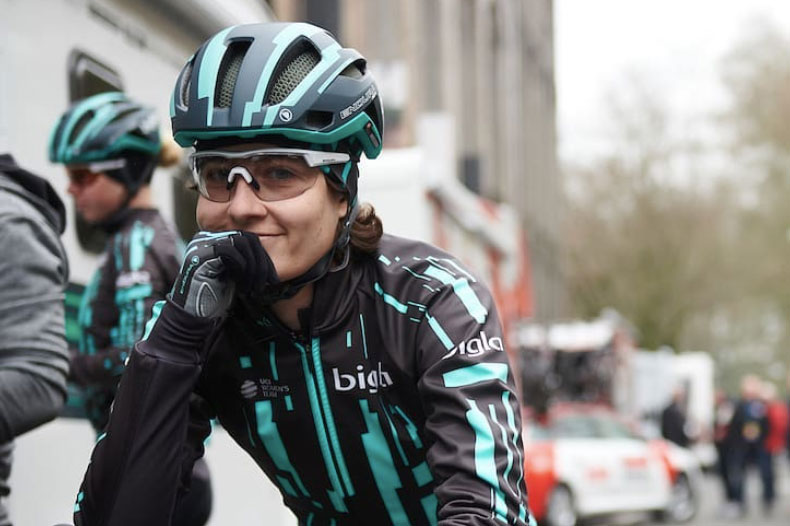 Swiss cyclist Nicole Hanselmann rallied the hashtag #womenpower after officials at the Spring Classic in Belgium stopped her to allow the men’s pack to pull away.

Race officials called it a “neutralization.” Twenty-seven-year-old pro cyclist Nicole Hanselmann called it an “awkward moment.” By in large, the internet is calling it an “outrage.”

During the first race in a series of prestigious road races in Belgium, Hanselmann tore away from the women’s field and stretched out to a 2-minute lead — just 18 miles into the 75-mile race, according to CNN.

Not only that, but Hanselmann’s blazing pace also wiped out the 10-minute head start the men’s field had. In an Instagram post after the race, Hanselmann said she started to see the ambulances at the tail of the men’s field.

“[Maybe] the other women and me were [too] fast or the men [too] slow,” she commented. Whatever the case, race officials made the call to hold Hanselmann — and the entire women’s field — for 5 minutes to allow the “very slow men’s race” to distance itself.

It certainly accomplished that. But it also destroyed Hanselmann’s momentum.

No Timeouts in Cycling

Could Hanselmann have maintained her lead for another 57 miles? It would have been very hard to hold off the peloton alone. But sadly, we will never know if she could have had the race of a lifetime because she was stopped by officials.

“It was a bit sad for me because I was in a good mood and when the bunch sees you stopping, they just get a new motivation to catch you,” she told Cyclingnews after finishing 74th place.

Today was the first spring classic in Belgium. I attacked after 7km, and was alone in the break for around 30km…but then a awkward moment happend and I almost saw the back of the men’s peloton… May the other women and me were to fast or the men to slow???? After the neutralization, I was caught up again and finished the race on the 74th place. ????????‍♀️ #bigla #chapter2 #endura #ohn #ohn19 #ohnwomen #roadrace #springclassic #sheridesroad #sufferfest #womenpower ????: @velofocus

While race officials said the move was to “maintain a degree of organization,” as Cyclingnews put it, on the surface, it looks absurd, archaic, and unfair.

Neutralisation of our women race at railroad crossing in Sint-Denijs-Boekel in #OHNWomen #ohn19 due to a very slow mens race. riders will restart with same timings

Sure, it may be unprecedented for any rider to overcome a 10-minute deficit. But crushing past it is no reason to penalize her. The whole point of sport is to celebrate human — not exclusively male or female — prowess, power, and performance. And Hanselmann was demonstrating all three in spades!

Why stop her? Why not ask the slower male riders to move over to allow this dynamo to rocket past? She trained, she suffered, and she deserves to reap the rewards of her hard work.

While cycling brands continue to innovate and push the envelope with ultralight frames and hyper-precise electronic shifting, it’s a shame to see the sport itself languish in the dark ages of cultural norms.

Our hats off to Hanselmann for kicking ass and showing both poise and grace after race officials took her rightful victory away.