Ride or walk on an iridescent blue trail that gets brighter as the sky gets darker. It’s a reality in Poland. 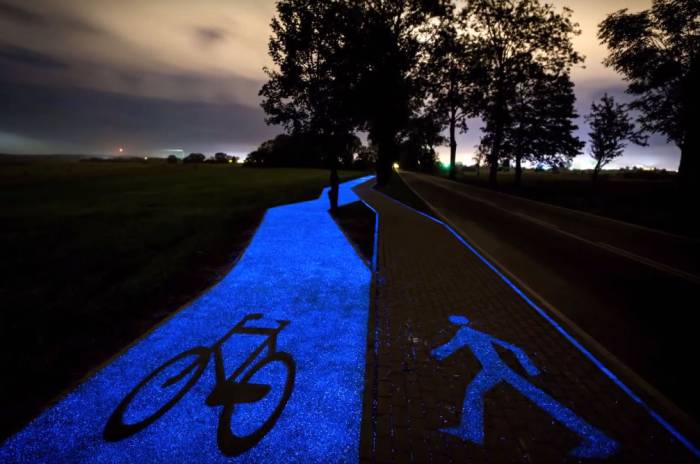 The glow-in-the-dark bike path, located in Lidzbark Warminski of northern Poland, is the world’s first light-up path that is fully powered by the sun. 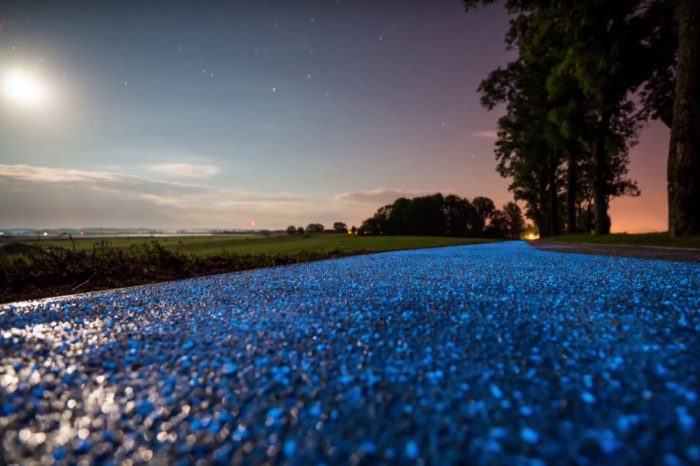 The phosphorescent blue paint collects sunlight during the day and radiates up to 10 hours in the evening, according to reports.

The current stretch of solar-charged roadway is part of a testing phase to determine the durability and lifespan of the treatment. 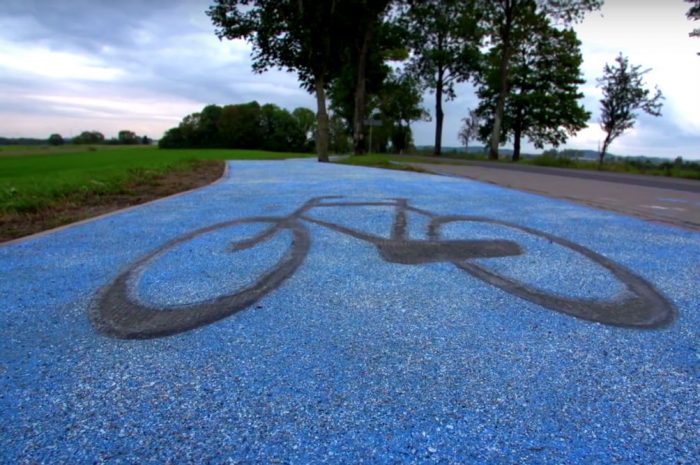 A First, For Bikes

This concept comes two years after a Dutch artist created a glowing bike path that depicts Van Gogh’s Starry Night. That path, however, derived its lumens from tiny LEDs.

If this technology lasts through four seasons and doesn’t affect the lanes’ traction, it could make energy-demanding, retina-searing strobe bike lights near obsolete in urban areas. We’re eager to see this evolve in bike infrastructures abroad and at home. 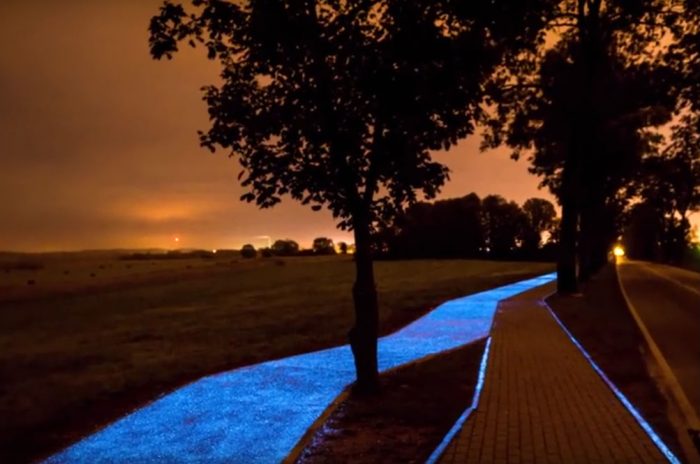 Up Next: ‘Bottle-Flipping’ Fad: A Teachable Moment