Life Time quadruples down on its commitment to host big-name events in small-town America with its latest bike/run offering: the ‘Rad Dirt Fest. Organizers see a particularly bright future on the dusty gravel roads of Trinidad, Colo.

Come October, the sleepy desert town of Trinidad will experience a sudden population boom. Almost 2,000 suffer-hungry racers — some runners, some cyclists — will take to the undulating network of yellow gravel roads that spider out from the town’s center.

Past ruins of old mining structures and the odd oil derrick, racers will experience the quiet, scenic expanse of Trinidad. And it’s an experience that the Life Time organizers believe will soon put the town of about 8,000 full-time residents on gravel enthusiasts’ collective radar in a big way.

“While searching for a new host site, we were looking for a community that was equipped for a large-scale trail running and gravel cycling event, but also had a cool vibe,” Kimo Seymour, Life Time’s president of events and media, said in a statement.

“We found that in Trinidad, whose local officials have welcomed us with open arms and an invitation to join them on their journey toward becoming the next big outdoor recreation location in Colorado.” 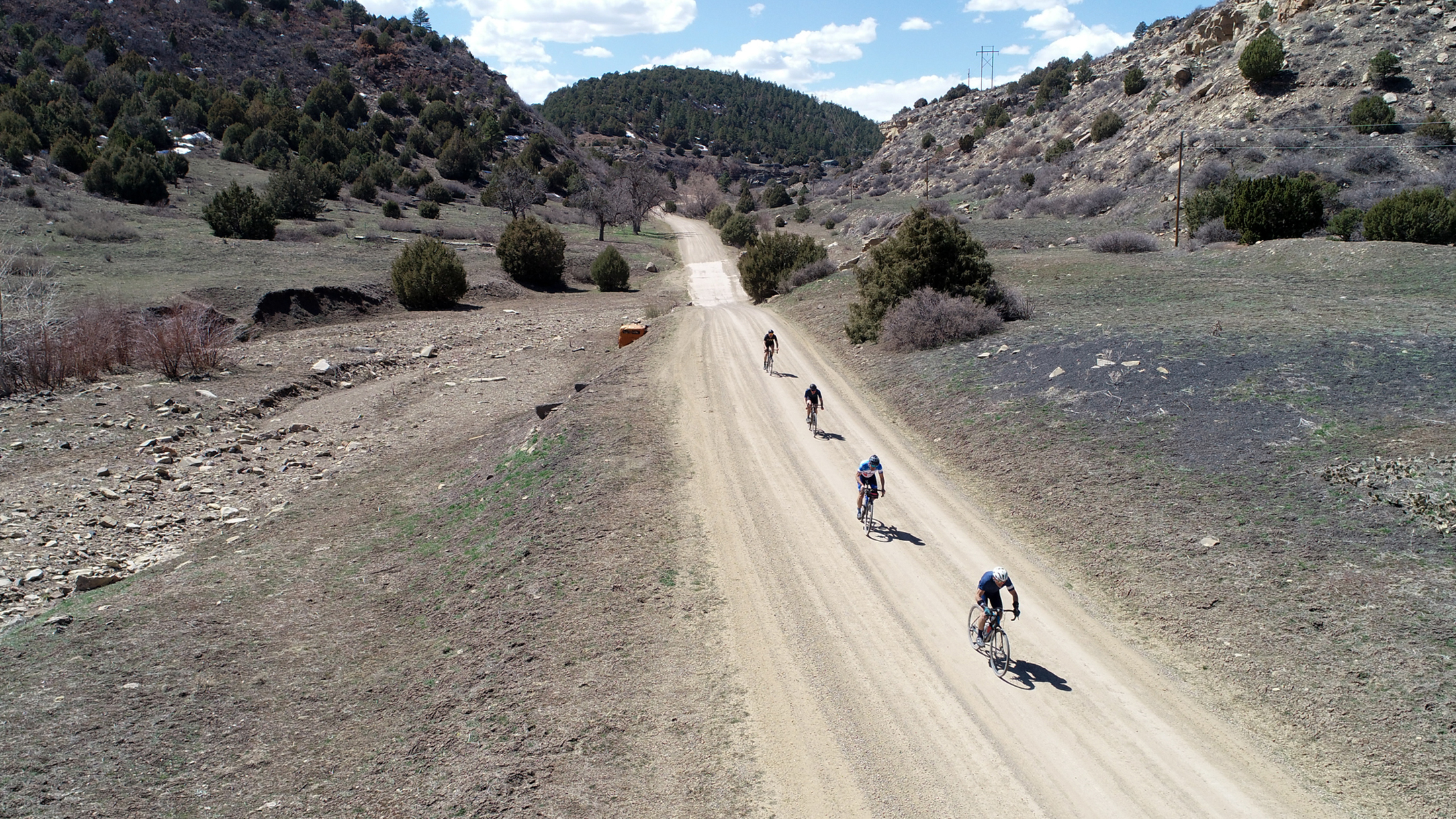 The inaugural event will take place October 2-3. Registration officially opens April 13, but Life Time has unlocked early-bird, discount registration exclusively to riders who identify as female, nonbinary, and BIPOC — from now until April 12.

We took a preview ride to get a feel for the terrain, route, and town vibe. Here’s what you need to know about the ‘Rad Dirt Fest. 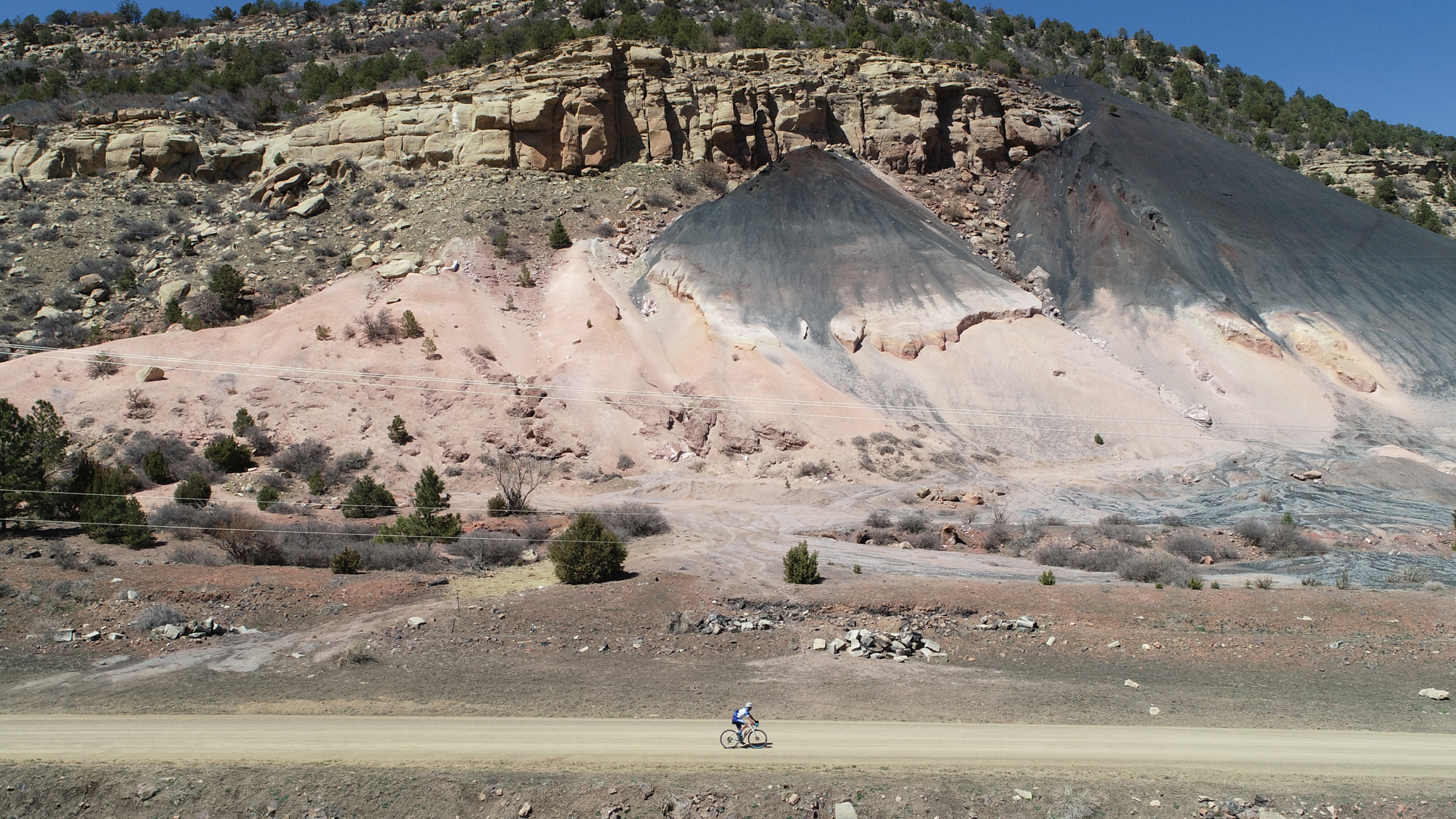 Tucked smack in the foothills of the Spanish Peaks’ jagged white caps, Trinidad is quietly plotting to become one of the Centennial State’s premier outdoor recreation hubs. Those in the know have probably made the trek (Trinidad sits about 3 hours south of Denver) to enjoy the smooth, consistent gravel that borders the town.

What’s more, the historic Santa Fe Trail runs straight through Trinidad. And this year’s kickoff event coincides with the trail’s bicentennial — translation: big, big party after the ride or run!

The city, which is home to a surprising number of art galleries (including the can’t-miss Art Cartopia motor museum), has several festivities planned to commemorate the 200th anniversary. And Life Time won’t skimp on adding to the celebration.

“Trinidad as a town has reinvented itself time and time again throughout history, showing our strength as a community. We have been a community of miners, of natural gas, of the arts, and most recently, of outdoor recreation,” Trinidad economic development director Wally Wallace said.

“Riders and runners can come to town for event weekend in October and expect to experience not just a great time on the dirt roads and trails, but also festivities celebrating all of the cultures that make Trinidad who we are.”

On a preview ride, we pounded out about 70 miles to get a feel for what Trinidad has to offer. Despite being early April, our ride day topped 80 degrees.

And just as early spring can bring summer-like temps, so too can Colorado’s autumn. So, bring sunscreen and plenty of water, as October may offer up some scorching days.

What’s more, Trinidad has a high desert feel. The parched earth makes for some iconic gravel to ride, but it also portends the demands put on your body. Expect chapped lips, a dry throat, and empty bike bottles — hydration is crucial here.

As for the route itself, Trinidad has some champagne gravel. The vast majority of our ride — more than 90% — offered up satisfying crunch with minimum washboard or loose chunk.

That said, the longer rides take you up to higher elevations where snowmelt can make for muddy stretches. And because these areas are also rural neighborhoods, some sections have deep 4×4 ruts that require a little technical prowess.

If you’re not trying to set a course record, bring your camera. The ‘Rad gravel ride takes riders through some incredible views and photo ops.

There are plenty of echoes of the bygone eras — old railroads, dilapidated brick homes, and other Americana ruins — and you’d be remiss to not take some memories with you. And almost every grueling climb is rewarded with a mesmerizing view of sharp, snowcapped peaks and long, windy descents.

With the ‘Rad Dirt Fest, Trinidad will join Leadville, Colo., Emporia, Kan., and Bentonville, Ark., in Life Time’s event series’ host cities. Historically, these events showcase the unique character each of these destinations has to offer. Economically, the races bring a reliable boost to local businesses.

The trick, of course, is preserving that small-town character while growing the events. But with its cowboy-meets-steampunk decor, Trinidad punches well above its weight class when it comes to vibe. Visitors will find lots of funky art, lively watering holes, historic architecture, and more.

Learn more about the ‘Rad Dirt Fest. Early bird registration with a 20% discount on entry fees is open now to female, nonbinary, and BIPOC individuals. Full registration opens on April 13.

A Terrible Idea: 'Everest' on a Fixed-Gear Bicycle (With No Brakes)

Denver-area bike courier Charli Mandel set out to ascend 29,029 feet without gears or brakes, something that had never been documented. Read more…

Up Next: ‘Gates of Hell’ Bike Ride Spans 1,000 Miles With Snakes, Lions, and Quicksand