Matte-black, streamlined, and lightweight, a helmet from Lazer demands a top-shelf price. It gives extra safety via a MIPS liner made to mitigate forces in a crash. 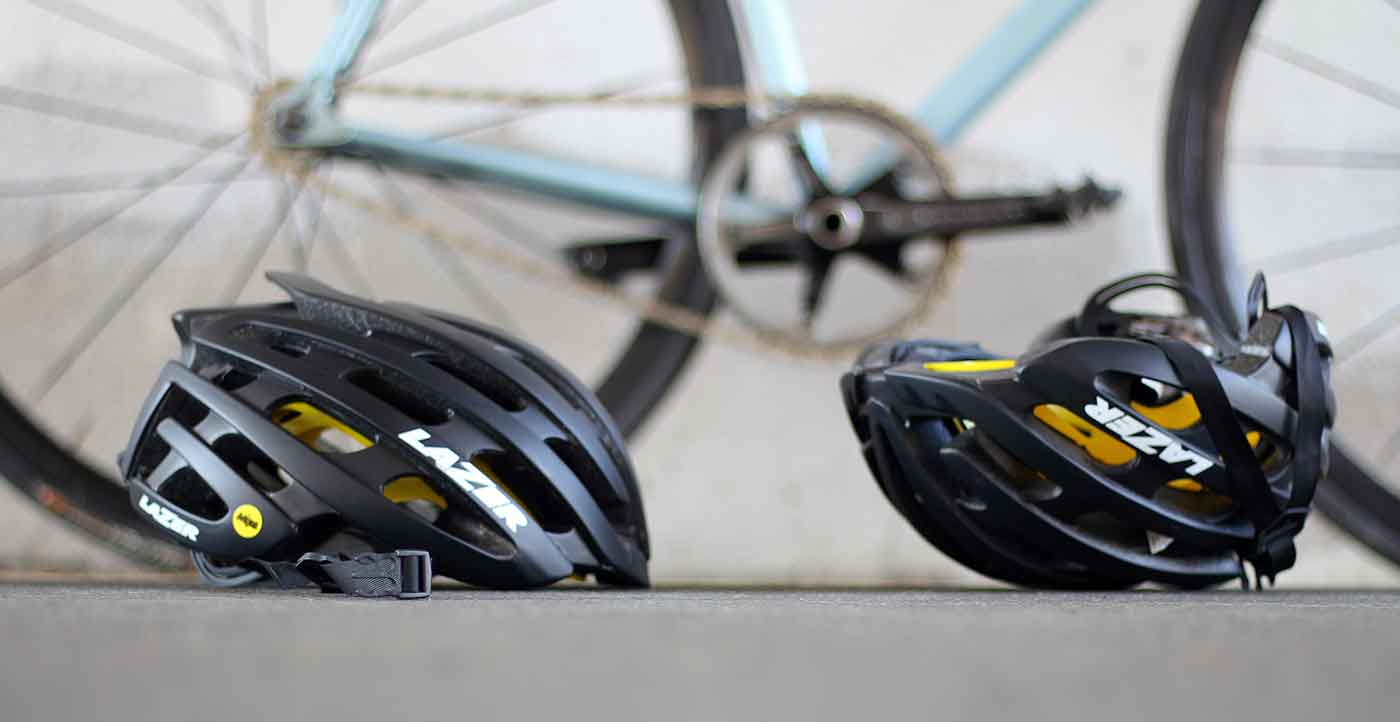 Bike helmets are a highly-evolved category of gear, with few changes year to year. My road-biking helmets from 10 years ago look similar to what I ride with today, save for a few tweaks around safety and fit.

The Lazer Z1 MIPS, reviewed here, is a case in point. Compared to older “pro level” helmets hanging in my garage it has more adjustability and an integrated protection piece called MIPS, which stands for multi-directional impact protection system. (More on MIPS below.)

For the upgrades you pay a premium. The Lazer retails for a headache-inducing price of $310. It’s worth that cost if you want a race-ready hard hat with safety features that exceed the industry standard.

With a comfortable, head-hugging fit, dozens of vents for airflow, and a weight of just 10.4 ounces, the Z1 is hardly noticeable on the ride. However, an older Giro helmet I have is about 3 ounces lighter, so Lazer was not aiming for a featherweight here.

Instead, the helmet balances full coverage and temple protection with an effective twist-to-tighten adjuster on top, and a sculpted foam shell that absorbs impact in a crash.

Fitting well, this helmet competes on a par with other helmets at the top tier of the market. Put it on your head, and you’ll find it blends seamlessly into your ride experience.

It meets requisite safety certifications and adds the MIPS insert, which is a thin plastic cap made to fit tight against your head. Injury in a crash is caused by blunt impact as well as rotational forces, the latter which the MIPS aims to better mitigate.

Developed about 20 years ago in Sweden, MIPS is said to mimic the action of cerebrospinal fluid around the brain to lessen possible damage where the brain could rotate inside the skull, causing concussion or worse.

In the Lazer helmet, the system is manifested as a simple perforated plastic insert attached to rubber struts. Worn tight, the MIPS insert ostensibly will function like cerebrospinal fluid, absorbing some of the rotation that’d otherwise transfer in a collision straight to your head.

I fortunately never got to test it out. MIPS is becoming a common add-on for helmet companies, in biking and beyond, however not without some controversy along the way. In short, critics see some safety claims overblown and seek more data on MIPS claims.

As the literal "brainchild" of a Swedish neurosurgeon, a company called MIPS AB introduced a new type of head protection to the helmet industry a couple years back. More companies are embracing MIPS this year. Read more…

The non-profit Bicycle Helmet Safety Institute is critical of MIPS, noting “in the real world, bicycle helmets are so loosely coupled with the head that a slip-plane inside the helmet structure does not add significant sideways movement in an impact.”

The organization writes a “helmet moves anyway, unless it is constrained in a lab test. There is no real-world data showing that a helmet with a slip-plane is better at preventing concussions. The helmet you wear now has a slip-plane — your head –even if you bought it for $10 at K-Mart.” 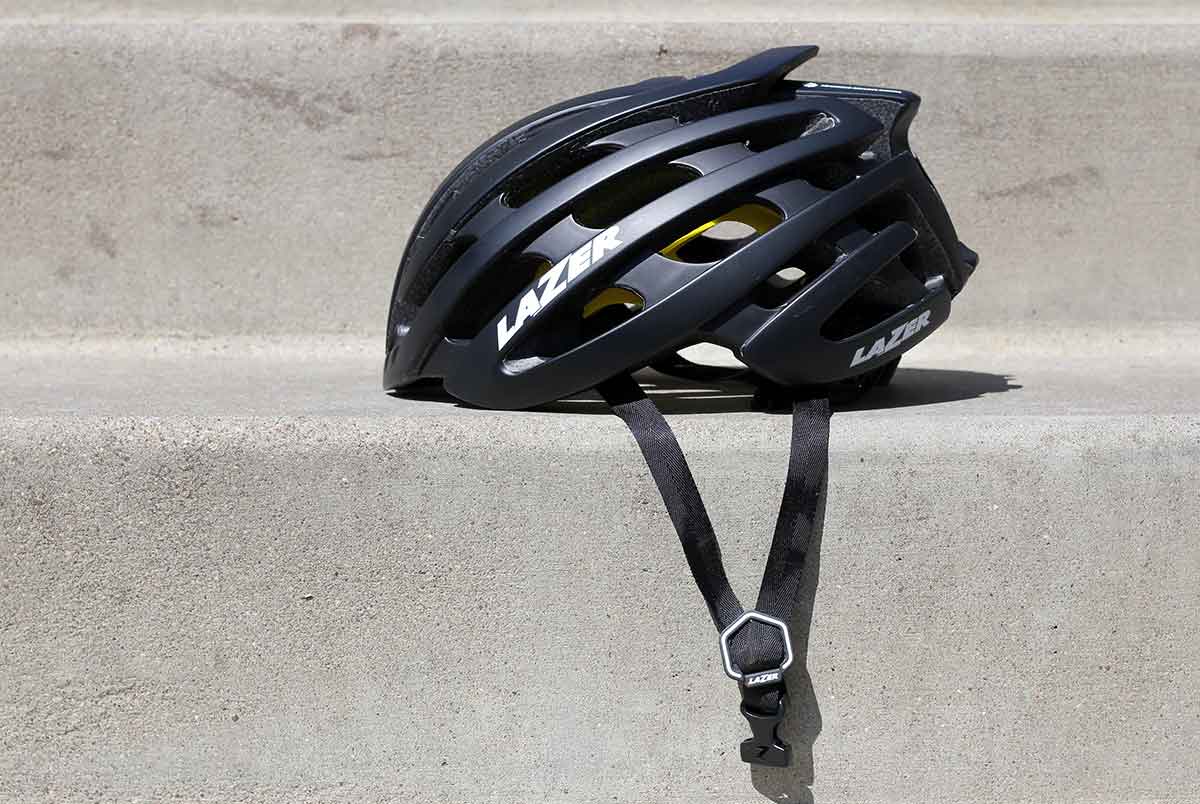 Before seeing the Bicycle Helmet Safety Institute article and other critical takes I had thought about this on my own one day riding. It was cold, and I wore a thin hat underneath the Lazer helmet. There was no way, I’d reasoned, the plastic MIPS insert could function when not tight against my head.

Other times I wore the chin strap loose on casual rides. It’s unclear how tight a helmet must be for the MIPS liner to engage during an incident.

But worn against my skull, I’ll take the possible extra protection, despite any controversy. MIPS adds almost no weight and does not compromise comfort.

A small price increase comes with MIPS, but for the insurance I’d bank the upcharge as worth it.

In the end, the $310 Lazer is hardly the only helmet with this technology. If you want it, many major brands now carry a MIPS option, and even Lazer has helmets for about half the price that include the yellow liner.

Look at the Z1 MIPS if you need a top-end road helmet that rides comfortably, fast, and can also protect, from multiple angles, in the event of a crash.