What does a mountain biker do when they want more access to the outdoors, but railroads are in the way? Rethink the wheel, of course.

“Riding the Rails” explores professional mountain bike athlete and engineer Alex McAndrew’s journey to experience the abandoned railroads of Vermont around his home.

Why? McAndrew noticed the railroad tracks around his property provided access to new parts of nature and the outdoors. Wanting himself, his wife, and their dogs to get out to explore them, McAndrew set out to find out how they could make that happen: riding the rails via a custom-built train track bike.

“After weeks of work, the pair developed a tandem device that allowed them to do what they set out to do,” teased Smartwool. “Ride the rails!”

“Smartwool wants to inspire people to get outdoors, and have fun while doing it,” wrote the brand. So naturally, the concept of McAndrew’s rail-bike journey was a perfect way to get that message across. 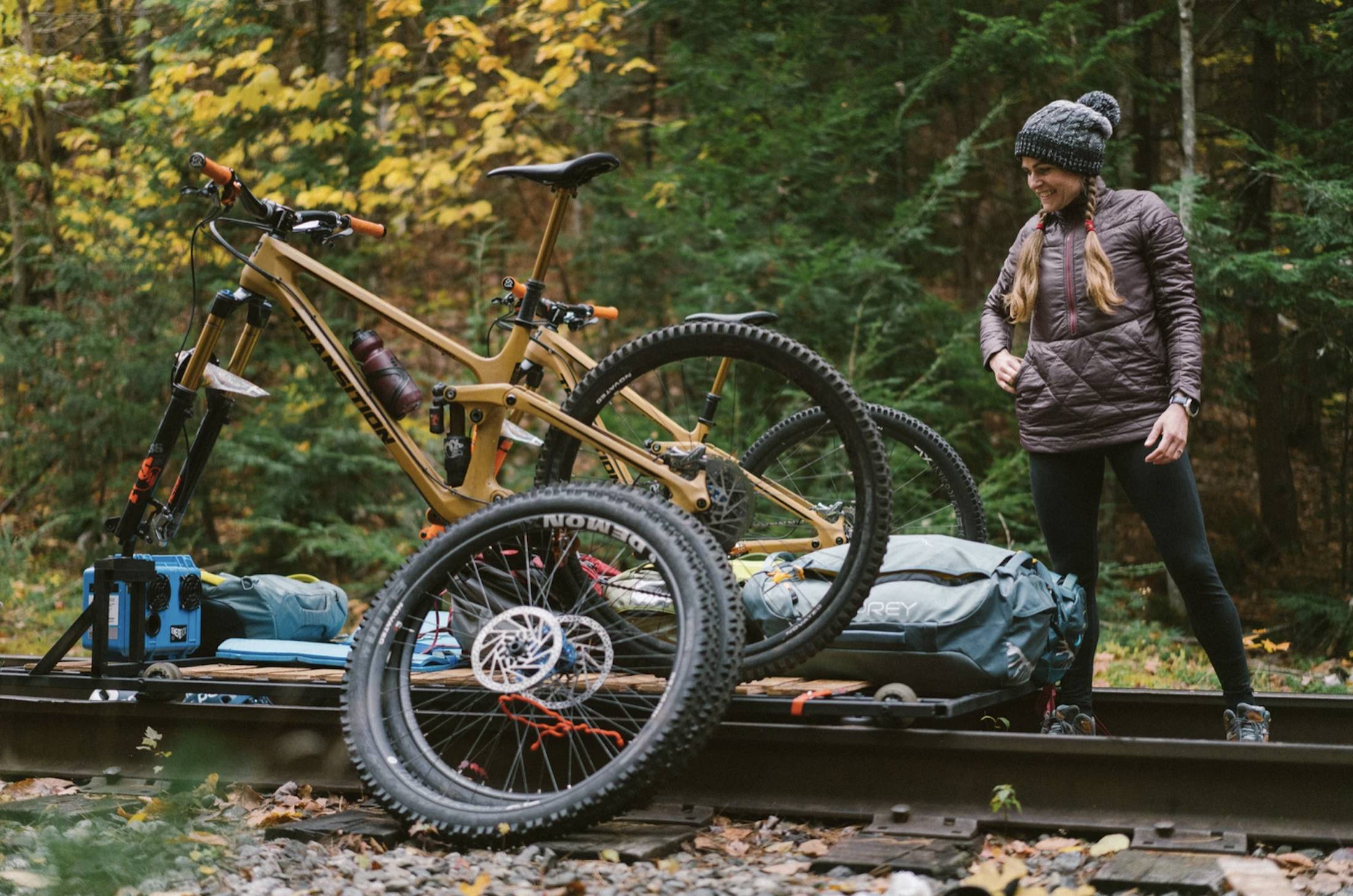 This is Smartwool’s first presented film.

Watch ‘From the Ground Up’: 3 Novice Cyclists to Attempt the Leadville 100

Today marks the launch of Pearl Izumi's From the Ground Up project, composed of a six-part video series. Read more…

Cycling for Justice on the Underground Railroad: John Shackelford