Is one really the loneliest number? We tested Rocky Mount’s new MonoRail Solo hitch rack to find out. 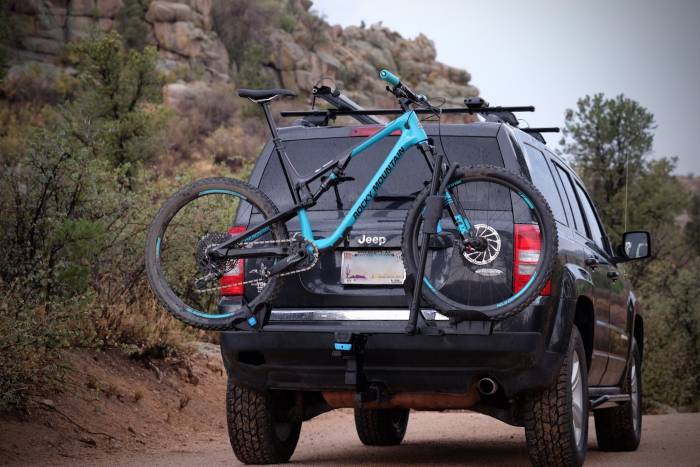 A one-bike rack seems strange until you notice the number of cars shuttling about town with a single bike on board. I’m of that ilk. Given my busy schedule and preference for solitary rides, I don’t often fill my rack. There haven’t been many rack options for lone wolf riders until now. For 2018, we’re spoiled for choice with three new racks on the market, including the Rocky Mounts MonoRail Solo.

The Solo is essentially the popular two-bike MonoRail — cut it in half. But the Rocky Mounts team added as much as they took away. 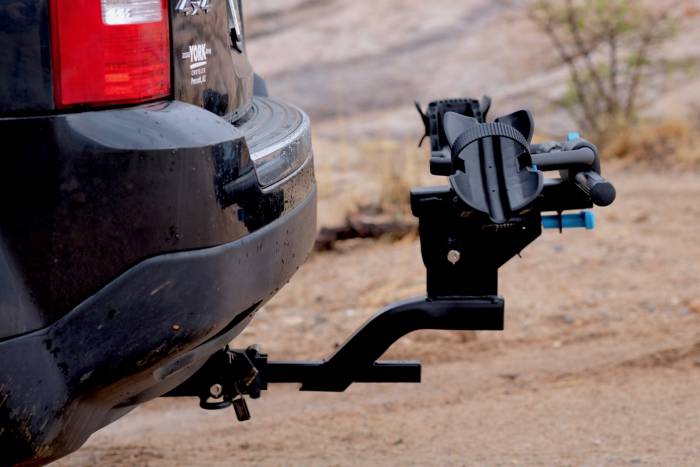 Like most tray-style racks, the Solo fits everything from 20-inch BMX bikes to 5-inch fatbikes. For those of us prone to get a little fussy if something scratches our bikes, the clamp arm doesn’t touch the frame and only contacts the front tire. Most importantly, it holds a bike securely.

At 25 pounds, it’s light and easy to schlepp around when not mounted to a vehicle. Some racks tip 60 pounds, and wrestling them into a corner of the garage can feel like a CrossFit workout. The compact size is perfect for apartment dwellers.

Installation of the Solo is easy but not tool-free. A threaded hitch pin secures the rack to a 1.25- or 2-inch receiver and reduces side-to-side wobble. A locking cap keeps the rack from thieving hands. With a little practice, installation takes less than 60 seconds. 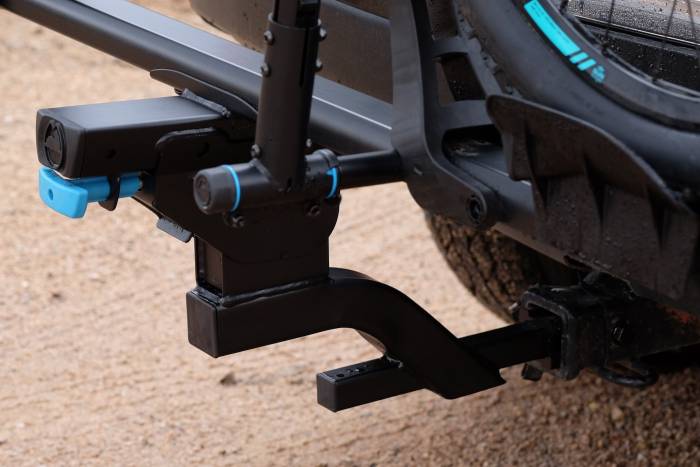 Mounting a bike to the Solo requires far less time. Just rest the front wheel in the forward brace and slide the ratcheting clamp against the tire. A strap secures the rear wheel. Start to finish, I can install the rack and mount a bike in less than two minutes.

At the risk of sounding like I’ve lost my marbles, my complaint with other single-bike racks is that they … only carry one bike. Although 90 percent of my rack time is solo, I occasionally need to portage a second bike. The MonoRail Solo accepts an add-on mount with a basic two-bolt attachment. That feature alone gives it a leg up over the competition. 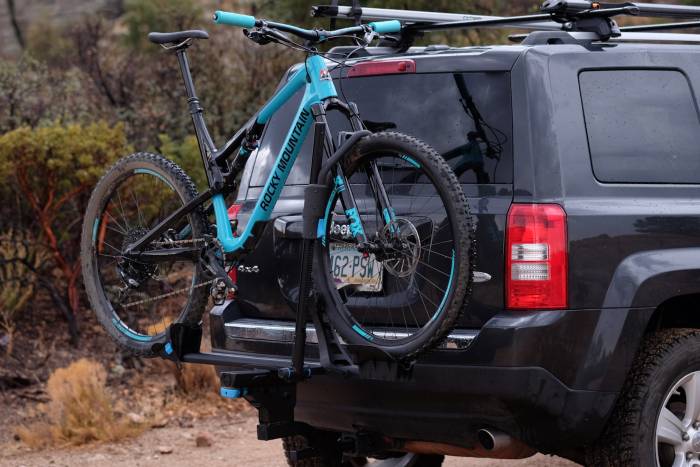 Like Rocky Mounts’ other hitch racks, the Solo’s main pivot stows the rack in an upright position when not in use. It’s fairly short in its one-bike configuration, and tilting it vertically to stow it doesn’t gain much clearance.

However, tilting does help when the add-on tray is attached. The same is true for the downward position, which gives easy access to a rear hatch or gate. 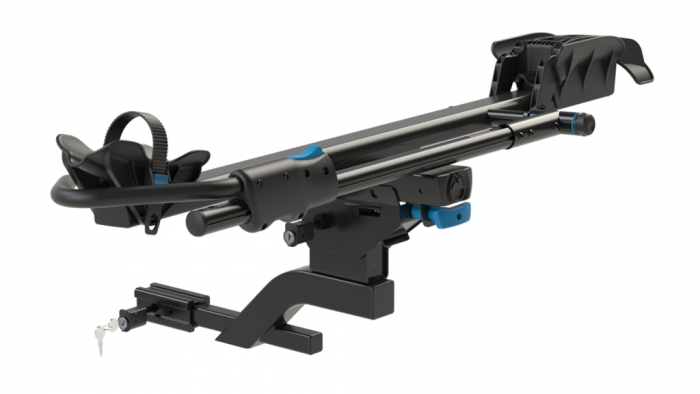 Other features carried over from the two-bike MonoRail include side-to-side adjustment of the trays to help mitigate interference between bikes. The front wheel brace folds for storage, and the rack ships with a security cable and two lock cores.

MonoRail Solo: No Faults, Only Compromises

The two things I found lacking are more like concessions than missteps. As much as I would prefer a tool-free installation, I realize it comes at the expense of added weight and complexity. But I know how to work a wrench, so I give that a pass.

The cable lock, while long enough to fit around wheels, forks, and frame tubes, is a little awkward to use. An extended pin on the main pivot secures the cable ends with a small locking block. A block I’m bound to lose by next Thursday. 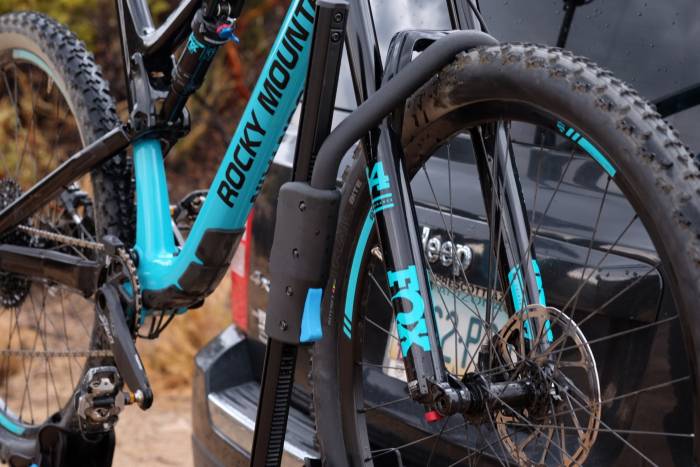 Overall, I think Rocky Mounts did a great job with its flexible bike hauler. Unlike the new Thule T1, which only pivots in the upright angle, the Solo tilts up or down. And at $279, the Solo is only $20 more than the new Yakima SingleSpeed but offers twice as many features.

The potential to add a second bike is the best reason to buy the MonoRail Solo. Everybody gets lonely eventually.

Up Next: 7 Life Lessons From Winning the Race Across America