Santa Cruz Bicycles is pulling back about 1,600 e-bikes for various battery malfunctions that pose multiple dangers to riders.

On May 5, the California brand announced a recall of Heckler 9 e-bikes it identified as dangerous to users.

In short, the e-bikes’ batteries can either fall off without warning while the bike is in motion or catch fire.

According to the U.S. Consumer Product Safety Commission, the latch mechanism that holds the battery in place can malfunction. If that happens, the battery can detach from the frame, potentially dropping the bike and the rider.

Also, the latch spring can “cause additional wear” on the battery housing over time, resulting in a fire hazard.

The brand says customers with the affected bikes (about 1,600 total units) should immediately stop riding them. Here’s how to tell whether your Heckler 9 is subject to recall and what to do if so.

The recall involves 2022 Heckler 9 e-bikes in two colors (apparently the only two the company made): Gloss Green Avocado or Maritime Gray. Santa Cruz says the bikes were sold online at santacruzbicycles.com and at bicycle shops and sporting goods stores nationwide from January 2022 through March 2022 for $8,200-13,300. 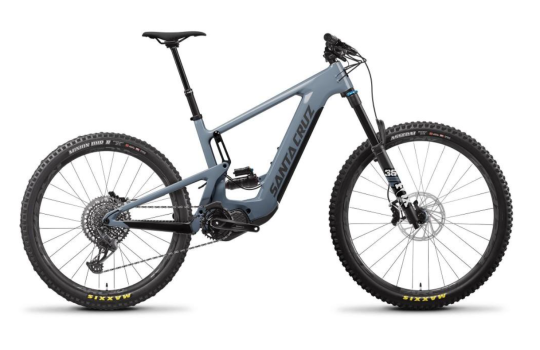 To find out whether your bike is recalled, locate and contact your authorized Santa Cruz dealer. Then, you can arrange for a free repair to replace the latch spring mechanism and install a battery wear plate.

Additionally, Santa Cruz is contacting all known purchasers directly to provide more details. The company noted that consumers should remove or secure the battery before transporting the bikes.

Contact the company online if you bought your Heckler 9 through the Santa Cruz site or no longer live near your original dealer.

Santa Cruz said it had received 10 reports of batteries falling from the frame and two reports of the latch spring causing additional wear. No injuries or fires are yet reported.

Up Next: Meet the Army Helicopter Crew That’s Helped Set Up Denali Basecamp for 4 Decades