Home » Biking » Sea Otter Classic 2022: The 5 Coolest Things According to a Cycling Lifer

The Sea Otter Classic is America’s largest cycling industry gathering. After years of cancellations and delays, the 2022 edition, April 7-10, was one of the largest ever.

Over a thousand brands presented countless wares at the Laguna Seca Raceway in Monterey County, Calif. This made deciding what was worthy of GearJunkie’s attention difficult.

But after plenty of deliberations and discussions, here are our top five coolest things at the 2022 Sea Otter Classic. 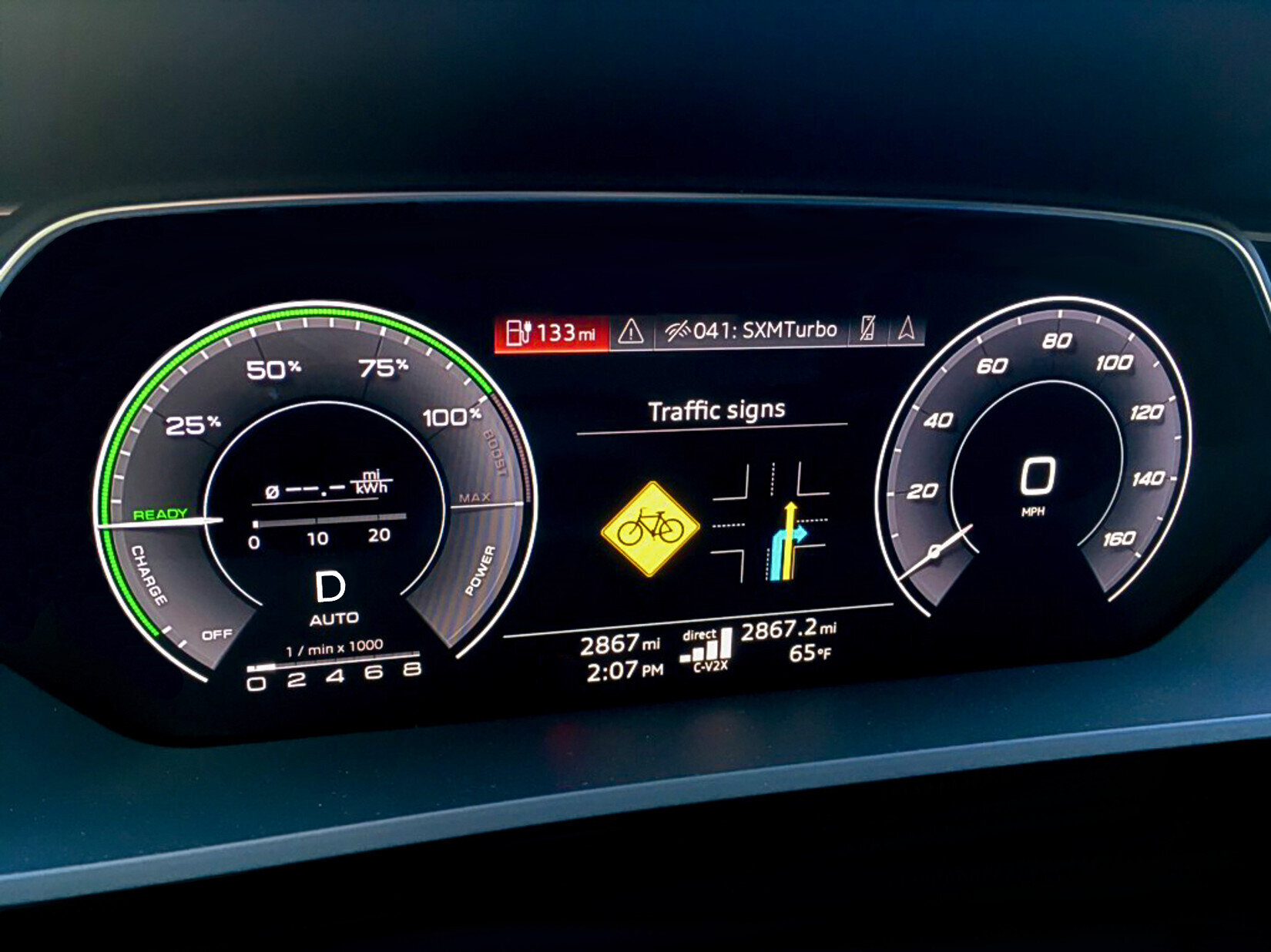 The Colorado-based brand delivers an advance warning to the cyclist and driver of each other’s presence on the travel path, even when the cyclist or car isn’t in view.

The system can use current cellular technology, but Qualcomm and Commsignia worked with Spoke to create a self-contained ecosystem that doesn’t rely on cellular networks or LTE connectivity. This direct communication link makes the system usable anywhere with the least latency. Audi recently announced its intention to make the car side of the system available in its vehicles starting in 2023.

I tested the system as both a cyclist and a driver at Sea Otter, and the implications were immediately apparent. Spoke will save lives. Not only cyclists. Construction workers, students in school zones and bus stops, people at railway crossings, and emergency workers at crash sites can all benefit.

According to the National Highway Traffic Safety Administration, cyclist fatalities due to motor vehicle incidents have grown 36% since 2010. I have known too many cyclists struck down by cars and have had countless close calls myself.

For these reasons, I have strayed away from road cycling and have been riding gravel and mountain. I’m sure others have done the same. But my first love was road cycling.

Spoke is a tech- and resources-heavy endeavor. But in my opinion, the potential to save lives is worth the effort, expense, and time. Maybe someday soon, Spoke will help fulfill my longing for the feelings only smooth tarmac can elicit.

KAV Sports started custom printing hockey helmets, and now it has expanded into cycling with its Portola road helmet. I saw the booth and immediately felt the Silicon Valley high-tech vibe from their impossibly young staff. But I had to check it out.

Helmet fit can be a finicky affair. Some people have more egg-shaped domes, while others have round noggins. The currently standard XS to XL sizing can produce compromises.

For me, more oval brands fit better. But I’m always between sizes. And helmet fit isn’t just a comfort issue; it can also be a safety issue.

Though $390 is a tad more expensive than other high-end helmets, KAV Sports offers what seems to be an outlandish warranty. The Portola comes with a 5-year warranty against defects, and it includes a one-time 100% crash replacement.

So potentially, this is the cost for two brand-new, custom-printed helmets. The Redwood City-based brand warrants the fit for the first 30 days. The helmet is printed out of a proprietary blend of thermoplastic polyurethane (TPU) and carbon fiber in five separate pieces and bonded together.

KAV Sports addresses angular forces without the use of an additional slip liner. The printed honeycomb structures are much stronger in the compression plane than in the shear plane.

This means the helmet structure can deform in the shear plane, absorbing impact energy without the helmet slipping on the head in that plane.

Another unique feature is the “pads” inside the lid. Instead of foam or gel, KAV uses custom-printed springs that support thin, stiff “pads.” The springs compress 4-6mm in each direction, which provides the level of tension necessary to keep the helmet in place comfortably while still accommodating different haircuts and hats.

The springs eliminate the need for an additional occipital lock mechanism. They also don’t absorb moisture, and they allow for more continuous airflow.

The Kav Sports Portola seemed to check all the boxes for a road helmet through alternate materials and 3D-printing technology. Find out if it stands up to real-world testing on GearJunkie soon and see what BikeRumor says about it.

Overlanding is so hot right now. But many don’t want or have the resources to join van life. Products that allow outdoor enthusiasts to overland (wasn’t this just car camping a while ago?) with their daily drivers catch my attention.

Yakima bet on cyclists thinking the same, as it allowed a sneak peek of its soon-to-be-released OpenRange Kitchen at the 2022 Sea Otter Classic. 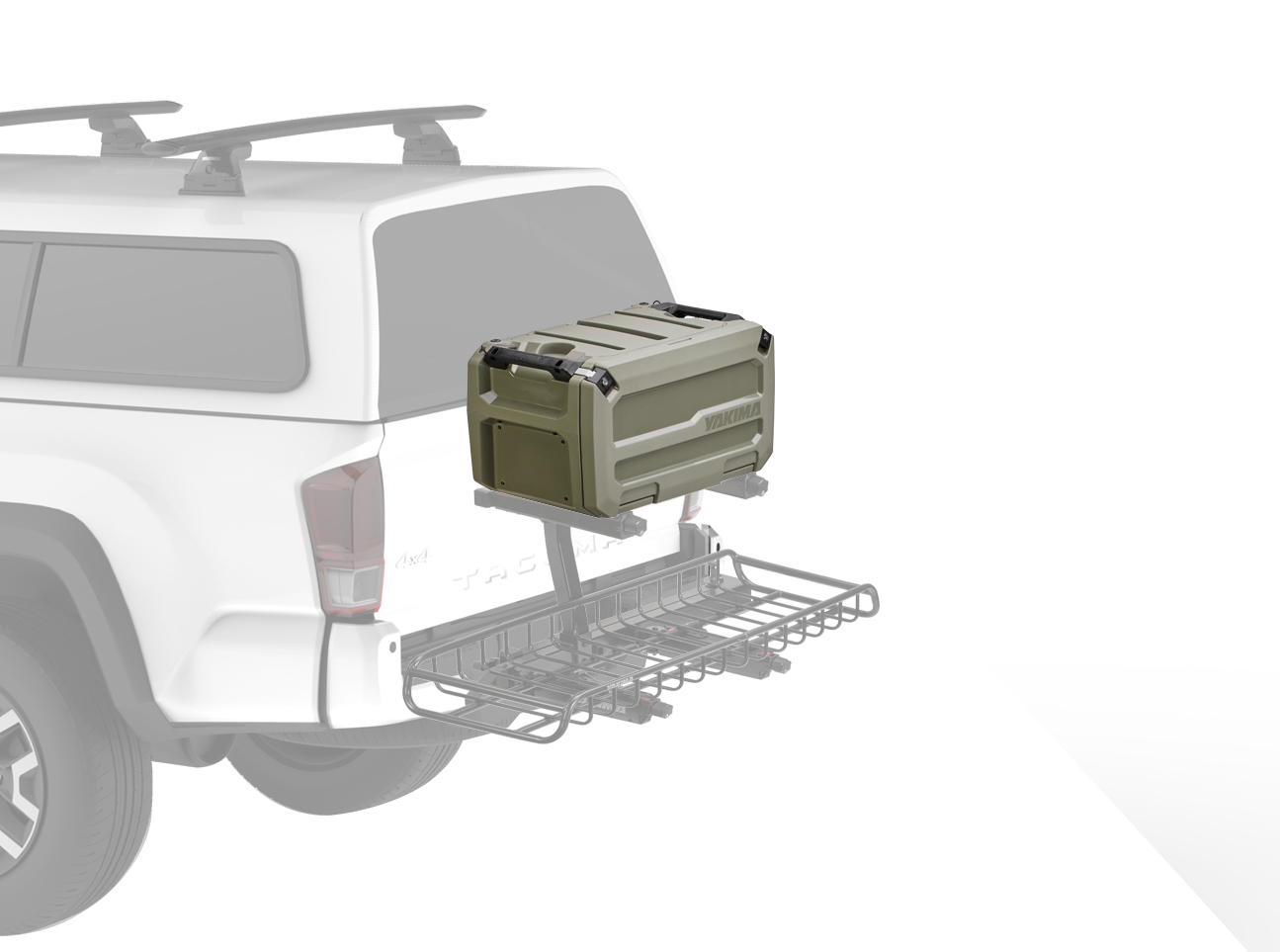 Mimicking the DYI chuck box, the Open Range houses all the required kitchen elements in a compact and transformable form factor. It interfaces with Yakima’s EXO Swing Base or EXO Top Shelf for no-hassle cooking and clean-up at the next race or ride.

The EXO compatibility means the Open Range will always have a solid base of operations at the campsite, and it doesn’t take up valuable storage space inside the vehicle. Yakima will sell optional legs ($199) for use independent of the EXO system.

The box holds 85 L of kitchen gear, and it had a stout-looking rubber seal and locking latches to shelter contents from weather, dust, thieves, and critters. The lid folds down and functions as a table surface. The Basic version ($749) will include the box, SKS (same key system), locking latches, backboard organizer (think spice and utensil rack), and lantern hook.

The more desirable Deluxe package ($1,199) will include two side tables. The wood one houses an optional sink, drain, and cutting board. The metal table is perfect for a stove, including a new optional Yakima-branded two-burner stove dubbed the CookOut ($149).

Every accouterment on the Deluxe version is available separately, except for the sink.

The kitchen box isn’t a new idea, but Yakima showed how slick it could be at Sea Otter. Look for it in June.

Yes, I know it was a bike show. So, here’s the most intriguing bike I saw at the 2022 Sea Otter Classic. The Structure Cycle Works SCW1 with its mind-bending WTF front linkage suspension. WTF is right, but it stands for “without telescoping fork.”

The WTF front end on the 150mm travel (front and rear) SCW1 addresses many limitations of telescoping forks in one fell swoop. There is a claimed 40% less brake dive, meaning more travel available when you may really need it and less steering angle change.

The FTW linkage system isolates the shock from bending loads, meaning less friction and freer movement. And the linkage parts rotate on industry-standard bearings. Just think of the side loads on telescopic fork bushings — no more with the WTF system.

Structure claims to match the front and rear leverage ratios and damping progressivity. This isn’t possible with telescopic forks and rear suspension systems developed separately. It’s always been a game of compromises to get the balance right.

After my “WTF” reaction when I saw the bike at Sea Otter, my next question was, “How heavy is it?” Structure claims 32 pounds for the full-carbon SCW1 (the brand is developing aluminum versions with a similar claimed weight). This is a little heavy for a 150mm, 27.5-inch wheel, full-suspension bike.

The big story, though — as both ends of the SCW1 go through compression, the head angle slackens, the trail increases, and the wheelbase shortens less than a bike with a telescoping fork. And a bike with a fork gets steeper, and the trail shrinks as the suspension compresses.

This is the opposite of what you want — at the exact time when you need stability the most. This was a massive deal to me when I realized what was going on during my short test ride.

The bike felt incredible when headed down steep hills under braking when I usually feel the limitations of telescopic forks the most. The fork dive felt largely eradicated while the linkages flowed through their travel without the typical “stiction” of forks. And there was noticeably less front-end chatter than what I’ve come to expect.

And if you need proof of concept, the SCW1 launched as an enduro bike at the 2019 Sea Otter Classic, and two rigs under two riders landed on the podium in every race they entered.

I was impressed, and as a dirt biker that obsesses on suspension, I walked away jealous of our Canadian friends who probably get first dibs. Structure Cycle Works is in Calgary. I may have to trek up there and wrestle a unit out of someone’s mitts.

We covered the Digit Datum as a news item a few months ago. But if and how the 140mm full suspension bike worked was conjecture. The specifications, suspension kinematics, and press releases made the INTEGER strut rear suspension system seem like a simpler solution to some limitations of complex linkage-oriented rear suspension and shock designs.

But it was somewhat “vaporware.” Originally, it began as a Kickstarter project that wasn’t in the production stage, and getting a pre-production unit to test proved futile. I mentally put it on the shelf, privately hoping that I would see the elusive bike on the trails in full production status one day.

Randomly walking through the 2022 Sea Otter Classic, I spotted the bike and founder, Tim Lane, and immediately snatched the bike from his hands for a short test ride. The Datum worked and worked well.

I come from a motocross background, and the feel of the rear suspension elicited sensations that I had reserved for larger shocks with more fluid volume. Which, given what I know about motocross suspension, gave me great confidence in Lane’s design.

When I reluctantly returned the bike, Lane had a strut, which I immediately took from his hands. It is enormous by bicycle standards — a full 12 inches long, with none of that length taken up by mounting lugs.

Most of that length and volume was dedicated to damping, which explained the “high oil volume” feeling I had while riding it and also negates the need for a piggyback reservoir seen on shocks.

Any internal adjustments are via standard shim stack and oil manipulation with no special tools. This also makes the strut easily serviceable by a competent home mechanic.

Digit claims that Datum framesets will ship next month, with both front triangle and rear swingarm fabricated in southern California out of custom-butted aluminum. Digit claims the weight for a size L to be less than 7.25 pounds, and at this time, they will only sell frames. MSRP is $4,000, but the IndieGoGo and Kickstarter campaigns are selling them now for $3,250.

There are a lot of advantages of the linkage-free strut design, both directly related to suspension performance and ancillary benefits, like fewer pivot points and room for more water bottles. But for me, I adore simple solutions to complex problems that can be the most elegant and effective strategies.

I will be the first in line when a tester becomes available. I can’t wait.

Up Next: Liv Highlights 13-Year-Old Cyclist, Paratriathlete, More in ‘All In’ Film