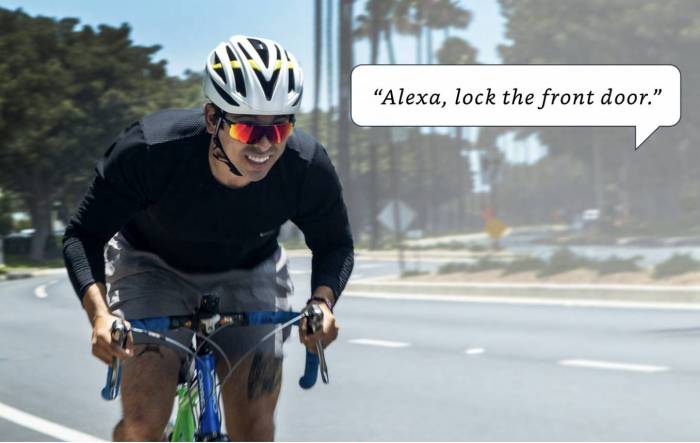 ‘Alexa, play Harry Styles, set a route for the coffee shop, order me a latte, set a reminder for my lunch meeting, and, oh! Look at that cute squirrel.’

It was only a matter of time. On July 7, Sena Technology introduced the world’s first bike helmet featuring intelligent cloud-based AI. The R2X road helmet lets wearers tell Alexa, well, whatever they want.

“Speak to Alexa through the R2X to play your favorite music, hear the news, check the weather, or even control your smart home devices,” Sena said in a statement. “[A]nd more,” of course.

All you have to do to cue up Alexa while wearing the R2X is ask — just make sure you bring your phone along with the app installed.

The helmet itself uses speakers mounted just above the wearer’s ears. The microphone is right above the forehead. With it, R2X wearers can ask Alexa to do their miscellaneous bidding and communicate with anyone else in their group wearing the same helmet.

Sena’s Mesh Intercom allows riders to communicate with any other Mesh user within a half-mile range. Multi-channel Open Mesh offers nine channels, so users can organize themselves and switch between groups on different frequencies. Touching a button triggers the hands-free Mesh connection.

“Back in the flip phone era, a dude on our group ride took out four others answering his damn phone,” squalled Seiji Ishii, former domestique and resident cycling expert. “‘Hey, Alexa (while spinning in a large group doing 33 mph), please order Malbec and scented candles. Ship Priority First, because I’m slaying this ride and will crush at least five Strava KOMs, so dates will be flocking.'”

Surliness notwithstanding, the utility appears obvious. Forgot to lock your front door? No problem. Got lost but need to find the quickest way back to town before you crater? Gotcha.

Commuters could benefit most. Many bike commuters are creatures of habit who often know when and where to stop for various provisions along their route. Queueing up an order beforehand without, ahem, opening a flip phone or unlocking a smartphone could be a boon.

And if anyone’s got the chops to do it, it’s probably Sena. Specializing in Bluetooth motorcycle solutions, Sena should be able to deliver plenty of decibels and connectivity to a bicycle-oriented platform.

The R2X has a built-in taillight with three brightness settings. Its polycarbonate shell gets removable, washable inner pads. A BOA-style lock secures the fit. Sena makes it available now in sizes S-L, with color choices of white, gray, or black.

If you want it, it had better be because you want either the Alexa capability, the intercom, or both; for a pretty rudimentary rig, a heavy price tag hangs off it, with an MSRP of $230. 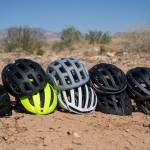 Our experts found the best bike helmets of 2022. Whether gravel biking, commuting, or pedaling for the first time, we've got you covered. Read more…