Bike-packing has exploded in the past couple years. Industry behemoth Specialized Bicycles is no stranger to this market and recently showed off its latest endeavor, the Sequoia. 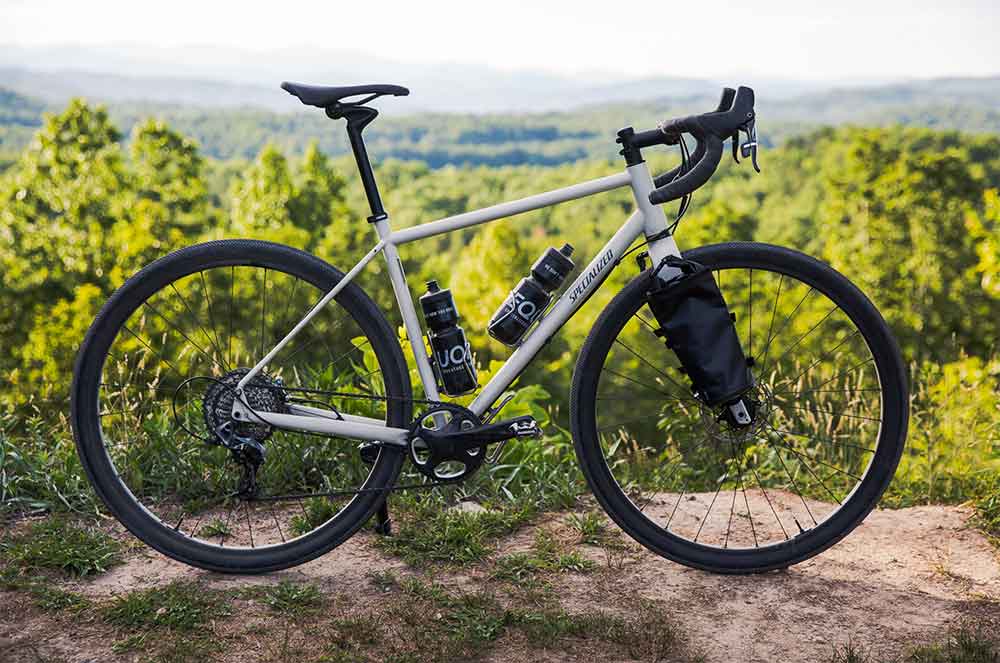 Racing improves the breed, but adventure soothes the soul. While the Morgan Hill, Calif., company has been at the forefront of World Cup and Pro Tour racing in recent times, the Sequoia has been simmering on the back burner for two years.

Designer Erik Nohlin and brand manager Kevin Franks pushed the project, in their words, as “a pirate ship within the company.” Their passion for bikepacking is evident in the Sequoia.

Specialized doesn’t reinvent the wheel with the Sequoia, but does further a commitment to the adventure-bike segment.

The “new” Sequoia actually takes its name from the first bike Specialized released way back in 1981. That Sequoia was essentially a sport-touring bike of the time.

The new school Sequoia is ensconced firmly between a road bike and a rough-stuff touring bike, with a no-nonsense cro-moly frame, and a carbon fork with all of the necessary eyelets, mounts, and lashing points a modern-day bicycle boy scout could want.

I spent three days riding the beckoning pavement, gravel roads, and even singletrack in the Brevard, N.C., area with forays into Dupont State Forest and Pisgah National Forest testing the bike.

As noted, this model existed in various incarnations for decades, including steel and aluminum builds, but it was eventually discontinued in the early 2000s.

For 2016, the Specialized Sequoia is reborn. The company touts it a ground-up rebuild, and from the looks of it, that’s accurate. It has a newly designed fork, new rims, new drop-bar, and much more.

The bike is streamlined with matte-white paint (also comes in black), internal cable routing, and a requisite 1x drivetrain system.

In North Carolina, the bike rolled solid and fast. I rode it more than 200 miles over a week, including up huge climbs, bumping down root-covered trails, and onto tarmac in a paceline at stretches to push its speed.

A few people loved the new fork. “This fork is what everyone has been asking the industry to make for some time now,” wrote John Watson of Radavist in his review. It’s a thru-axle fork with clearance for fatter tires, internal cable routing, and fender mounts. Cargo cage attachments let riders add small bags to carry gear.

The bike comes out in August, and will be available in a few builds, from the $1,200 frameset up to the Sequoia Expert full build, which we tested, at $3,500.

Concurrent with the Sequoia bike are five new bikepacking packs, dubbed the Burra Burra line. Made from a lightweight tarp-like material, the bags have covered zippers to make them as weather-proof as possible.

Where the Burra Burra really shines is stability. The behind-the-seat pack has a small aluminum bracket that attaches to your seatpost. The pack slides onto this, preventing the side-to-side swaying that commonly plagues this style.

I’ll be putting these packs to a test, along with Specialized’s new Sawtooth tire, this week on a 500-mile ride from Minneapolis back to my 30th High School Reunion in Bismarck, N.D.; stay tuned for a report.

The Sawtooth tire may have been the highlight of the week for this tester. With its inverted herringbone tread and 700 x 42c width, the tire is both plump and practical.

It gives excellent durability, cushion, and floatation, rolls surprisingly fast on tarmac, thanks to a reinforced, shallow center, and is rated for high mileage.

Most impressive, the Sawtooth handled the fast, rooty singletrack trails of Dupont and Pisgah National Forest with aplomb. 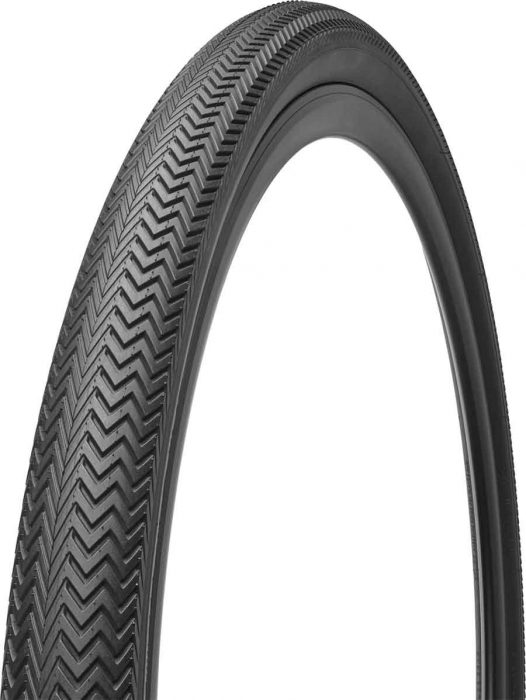 Its predictable profile allowed for confident cornering, and reinforced sidewall casings gave me no pause when taking questionable lines through some rocky sections.

This feeling of sure-footed, aggressive riding no doubt was enhanced by the fact that the Sawtooths I was rolling on were set up “2-Bliss,” Specialized’s brand of tubeless tire system. Sawtooths are offered in both all black, or what Specialized calls a “transparent” (read: brown) sidewall.

Roll them on some gravel near you, on singletrack, and onto the pavement. They can handle it all.

Up Next: Trickle-Down Tech: Bikes We Recommend under $2,000

Saving…
Trickle-Down Tech: Bikes We Recommend under $2,000
No Bike, No Problem: Tour Leader Runs Toward Finish
×