Home » Biking » How Specialized Changed My Opinion On E-Bikes

‘If e-bikes are cheating, then I will happily consider myself an adulterous mountain biker.’ 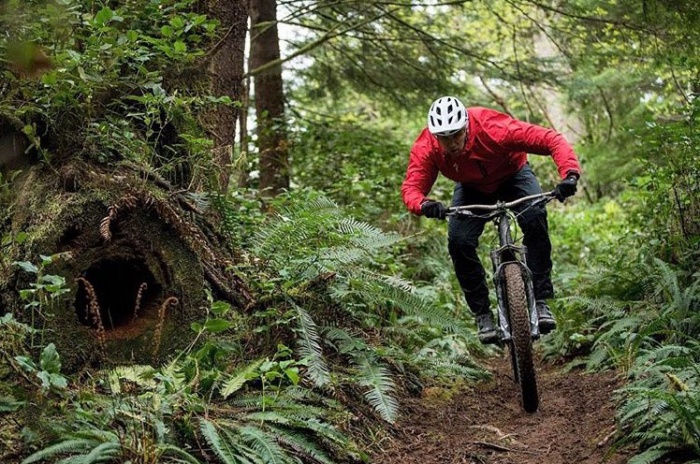 “They’re cheating!” For mountain bike purists e-bikes get an eye roll and dismissal, or much worse. I was in this camp for years, but not because of snobbery; I had a bad experience (read below) and have been biased since.

That is, until two weeks ago, when I rode the Specialized Turbo Levo FSR for review. 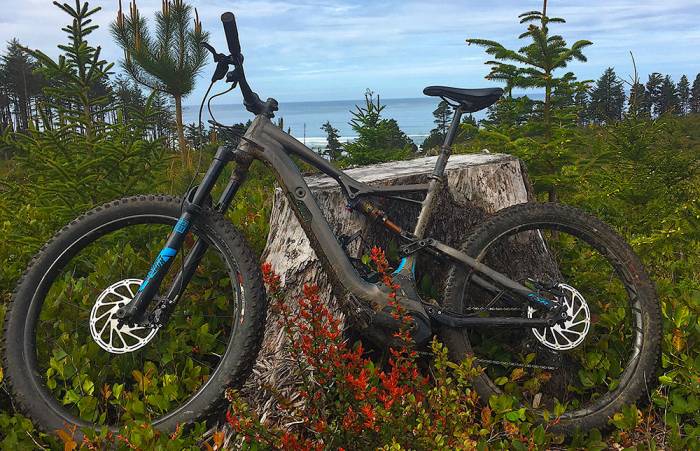 Backstory: I Once Had a Horrible E-Bike Experience

A few years back I used an e-bike for the first time. My buddy Jeff invited me to Vail for a preseason ski mission. The plan was to ride e-bikes a few miles up a dirt road to get to the snow line and skin to the top of the resort for some grassy-sloped powder skiing. I knew nothing about e-bikes, except that they had a battery and a drive system. I figured we’d zip up the muddy switchbacks like we were riding motorcycles.

I was really, really wrong. The bike was far too small for my 6’5” 240-pound frame. And, even though the bike had a grip throttle, I had to pedal hard.

Side note, pedaling uphill in ski boots is not any fun at all.

The batteries on both bikes died, transforming them into two-wheeled boulders of sweat and curse words. The quick, fun ski trip turned into a 12-plus-hour slog that ended with a pitch-black coast back down the dirt road. E-bikes, yuck.

So you can imagine my skepticism when Specialized offered I test the Turbo Levo FSR ($4,500) mountain bike. I threw a leg over it at Hotel Tacoma on the Oregon coast last month. My opinion on e-bikes changed, and quick.

This bike feels slightly heavier than a normal mountain bike. But I only noticed the added weight when I wasn’t on the bike. When riding, it was flowy and smooth uphill, downhill, and in the air. It’s burly enough to not get bucked by rocks and roots, but nimble enough to make tight turns and flow through banks.

The Turbo FSR is like Ferrari’s take on a tank with the heart of a ninja.

We rode the Turbo FSR up an old logging road in the muddy woods on the Oregon coast. As soon as I pushed my first down stroke, the pedal assist kicked in, as did my ear-to-ear grin.

I zoomed uphill with post-spinach consumption Popeye power. After we splashed around in rain puddles, we made our way to the beach. The battery tops out at 20 mph but you can pedal past that limit. As I cruised at lightning speed through sandy potholes filled with salt water, I barked out, “This is flippin’ awesome!”

The Turbo Levo FSR runs what is known as a pedal assist. The effect is that, while you pedal as normal, an electric motor boosts your effort. Ultimately, you ride the bike as normal, just go a lot faster.

The battery is comprised of forty 18650 3.5mAh LEV cells. This offers the best power to weight performance, according to the brand. The motor is a 36-volt belt driven power unit with a built-in power meter. The integrated drive system and sleek battery location make the bike look normal and keep the ride feeling like a typical trail bike.

Specialized has also created the Mission Control app, which allows the rider to custom tailor the performance of the battery and motor, including tuning the current of the motor.

When a rider wants to stretch the delivery of power from the motor, they can set a max motor current to regulate the flow of power.  This allows a rider to stretch the limits of a charge or increase the level of physical exertion.

Dane Garvik, Specialized’s U.S. brand development manager, explains the app as such: “Think of it like drinking an 8-ounce glass of water from a straw. The larger the straw diameter, the more you consume, faster. If you were to drink from that same glass with the same 8-ounces of water, with a smaller diameter straw, you still have the same amount in reserve but you have not consumed it as fast. You are now stretching delivery, regulating it for your needs.”

For example, you can tell the battery that you want to go on a 6-hour ride and return with 11-percent battery. Pretty slick.

The geometry is based on the Stumpjumper platform. FSR models have 140mm front suspension and 135mm rear. The Levo FSR has 27.5+ tires called 6fatties. This tire combination gives “69-percent more traction and 53-percent more volume” over a standard 27.5 or 29 tire option, the brand states.

Boost spacing in the front and rear gives the bike the ability to run both the 6fattie configuration or a set of 29er wheels. 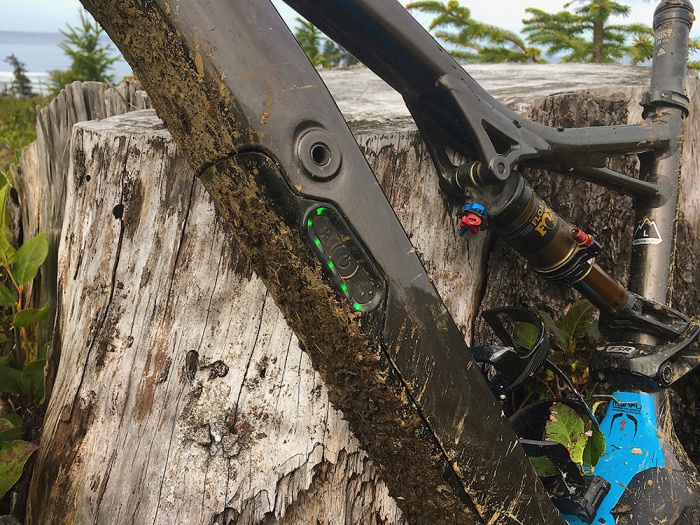 The Turbo series launched in 2012 and sees typical upgrades every year. Specialized launched the brand new Vado, a commuter bike version, in late April, which will be available in the U.S. later this month.

If e-bikes are cheating, then I will happily consider myself an adulterous mountain biker. Something this right just can’t be wrong.

Up Next: Watch: Bear Chases MTBers Down Singletrack