The Tour de France kicks off this weekend. We got in contact with top rider Tejay van Garderen to talk calories, carbs, and “eating strategy” while in the pro peloton. 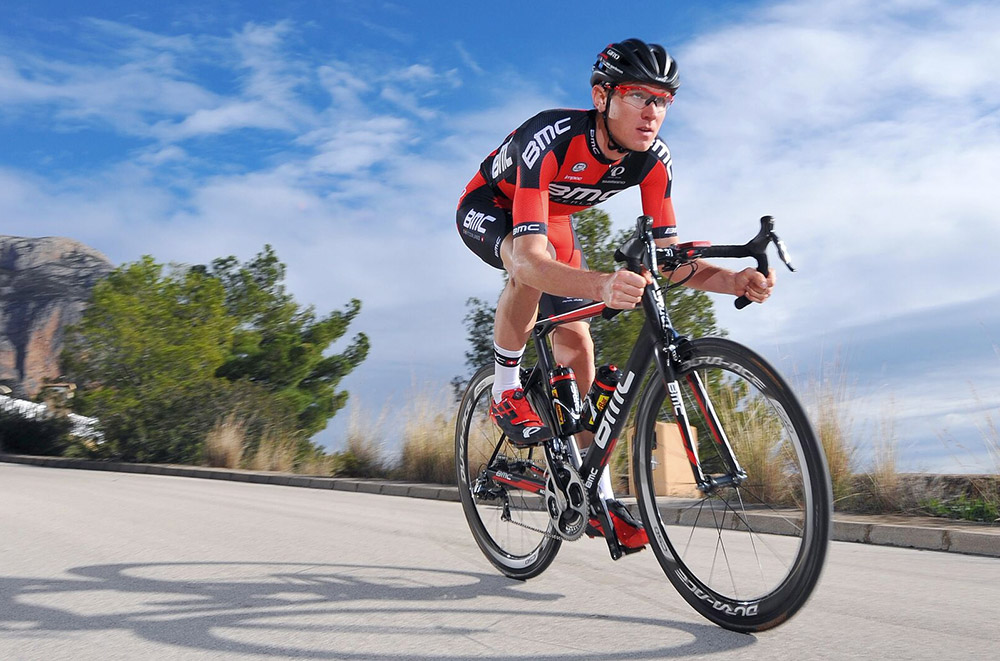 Tejay van Garderen, age 26, is a pro cyclist on team BMC Racing and a top finisher at multiple editions of the Tour De France. We caught up with van Garderen, who is from Bozeman, Mont., to talk about nutrition on and off the bike as he prepares for this year’s Tour, starting on July 4 in Utrecht, Netherlands.

What are you most excited about for the Tour this year?

Based on how things went at the Critérium du Dauphiné earlier this month, we like our chances of getting on the podium. I only lost that race on time bonuses, so I know I am climbing with the best guys.

The course is going to play into our favor with the team time trial on Stage 9 and I feel like I know the pivotal mountain stages pretty well, thanks to some good course recon. So for my fifth Tour, this is probably the first one where I am dialed in to get on the podium with a strong team around me that is going to support me every step of the way. 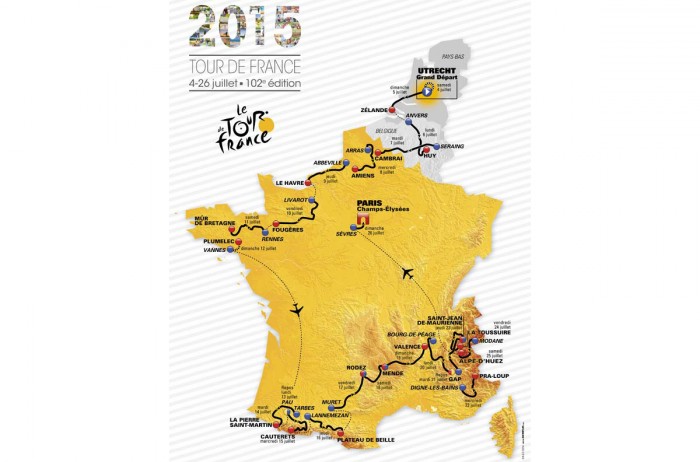 What are you most nervous about?

I wouldn’t say I am nervous about anything. We have stages this year, especially in the first week, which are going to be dangerous either due to the course or the crosswinds or the chance of wind and rain. The first week of the Tour this year is like having a full-blown classic every day. So having teammates like Michael Schär, Daniel Oss and Manuel Quinziato around me to protect me on those days – to make sure I don’t lose time – is going to be very important.

What do you eat before a race?

We try to eat a meal – be it breakfast or lunch – three hours before a stage starts. Protein, rice or pasta, and other foods that go down easy are important. You don’t want to have stomach problems on the bike. We also try to stick to the same thing regardless of where we are racing. Our “breakfast box” at a race in Europe is the same as our breakfast box at a race in the U.S. It might not be the same brand of cereal or muesli, but it is important to have both of those things available to eat regardless of where in the world we are.

What do you eat during a race?

What we eat during a stage depends on its length, the difficulty, and the weather conditions. For example, if it is a race that is longer than 200 kilometers, we always make sure we are constantly fueling with a variety of energy bars, PowerGels and PowerGel Shots. We supplement this with some rice bars or little cakes, plus PowerBar sports drink.

For a race that is four to six hours long, you basically start eating and drinking in the first hour and keep fueling all the way through. It is important to keep replenishing the 4,000-6,000 calories burned. Eating and drinking while racing isn’t always easy, especially in the mountain stages where you are constantly climbing or descending. 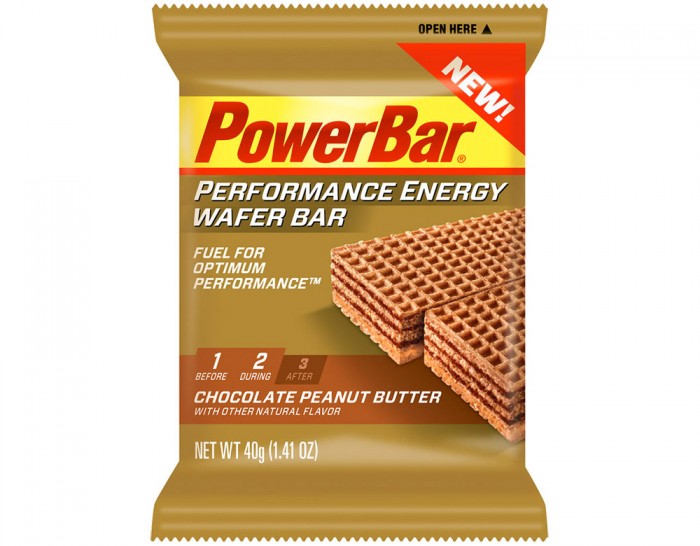 What do you eat after a race?

We start the recovery process right away. We get a recovery drink (PowerBar regeneration drink) either at the finish line or when we get back to the bus. Then, on the ride to the hotel we usually eat rice and sardines or rice and some other protein and sometimes some fruit.

The refueling process continues before dinner with some healthy snacks – rice cakes or nuts and fruit – and then into dinner. All the while, we try to stay off our feet and just chill. Dinner is always based on the difficulty of the stage we did and with an eye ahead to the next day’s race. If you’re going from a mountain stage to something not as difficult the next day, then dinner won’t be as heavy as it might be for a major mountain stage.

How will you be eating differently this year on the Tour?

One thing I learned from last year’s race was the importance of fueling better on the rest day. The day after the second rest day was where I ran into trouble. Our team nutritionist and I have worked to make sure that won’t happen again. This year, I will make sure to eat enough on the rest days, even if I am not as hungry as I would be on a regular race day.

Do most bike racers eat similar things during a race, or does it vary widely?

Everybody has their own likes and dislikes when it comes to what they like to eat. The soigneurs make sure we have a good variety of things available. On the bus, we have an entire drawer filled entirely with every kind of PowerGel they make. And we have shelves full of PowerBars and other PowerBar products that we can put in our pockets to carry with us right from the start. Plus, every team car has its own supply of PowerBar, as well as an entire cooler full of water and PowerBar sport drinks.

Does your team all eat the same thing, or vary rider to rider?

We always have a chef at all the big races. He tries to make sure everyone gets a little bit of what they like. But when it comes to the main courses, pretty much everyone on the team likes chicken, fish, pasta, rice, etc. So pleasing eight or nine guys at the table isn’t that hard.

What has been your biggest eating mistake over the years?

At last year’s Tour, I learned the hard way the importance of eating enough on the rest day. The next day, a major mountain stage, I bonked. That was the difference between being on the podium and finishing where I did.

How do you figure out what to eat (do you have a nutritional coach, etc)?

We have a nutritionist on staff, Judith Haudum, who works with our chef and the team directors to make sure we are getting the proper nutrition on each stage of the race. They also look at our weight and make sure we are staying hydrated, especially on the hot stages where we can lose a lot of fluids.

What Power Bar products are your favorite?

I really like the cookies and cream PowerBars, as well as the PowerBar “Performance Wafers” that came out a few years ago.

Up Next: 50 Reasons: Minneapolis Is America’s ‘Bike Capital’