2016 is shaping up to be a bad year for would-be bike thieves. Two fledgling companies are stepping into the bicycle market with promises of theft-proof technology, each employing very different tactics to deter bike-nappers. 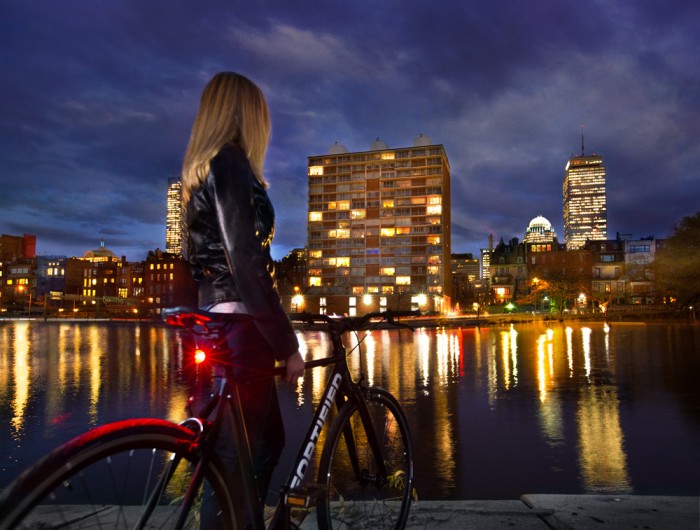 Both Yerka, the brainchild of three Chilean university students, and Fortified, a Boston-based theft-proof component manufacturer, relied upon crowd-funding campaigns to jump into the already saturated built-bike arena. Both are staking reputations on an ability to keep bikes safe.

Yerka’s approach to foiling bike thieves is to render the bike useless if it’s stolen. The locking mechanism is built into the frame itself – the down tube separates into two arms that extend away from the frame, and the seat post then slides between them and locks into place, creating a closed loop. Breaking into that system would require fundamentally compromising the bike itself.

Yerka launched in early 2015 to overwhelming support through an Indiegogo campaign. Cristóbal Cabello, Andrés Roi, and Juan José Monsalve put their engineering studies on hold at Ibanez Adolfo University in Santiago, Chile, to take a class project they’d been working on to the next level. After just 10 days, their campaign was the most successful Chilean Indiegogo project to date. In all, just over $98,000 was raised to test, scale, manufacture, and distribute more than 200 bikes – the initial run of what the trio hope will be a mass-production business soon.

“We want to expand and grow this year, and have a constant presence in the bicycle world,” says Yerka engineer and production manager Juan José Monsalve. “We are thinking of a new way to make stores work with us, and will contact them at the right time. For the moment, we want to keep everything in our reach until all the parts of this model are sound.” 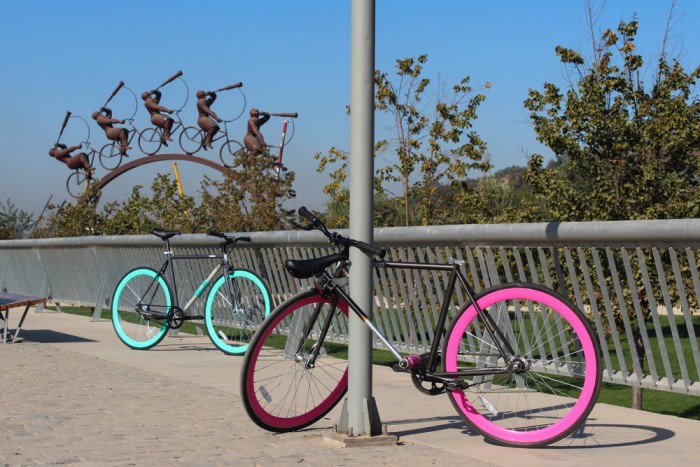 The designers have tested the bike to “withstand all common knocking- and break tries” in theft attempts, as well as the normal vibrations and stresses of street riding. The current build also comes with reflective rims and proprietary lock nuts to keep the wheels as secure as the frame. Future models are envisioned to come equipped with Bluetooth technology for the locking mechanism for added security.

Though all units are sold (and currently being distributed), it will be worth watching to see if this company and its concept prove viable – to successfully steal this ride, a thief would quite literally need to be an engineering genius. Because most bike thieves are not renowned for their wits, Yerka’s design might actually work against it. Not knowing they can’t steal the bike might not deter some from trying, ultimately leaving both the thief and the owner without a bike.

The Yerka team assumes that won’t be the case; every cent of the campaign has gone into development, any profit will have to come from a second production run of bikes. 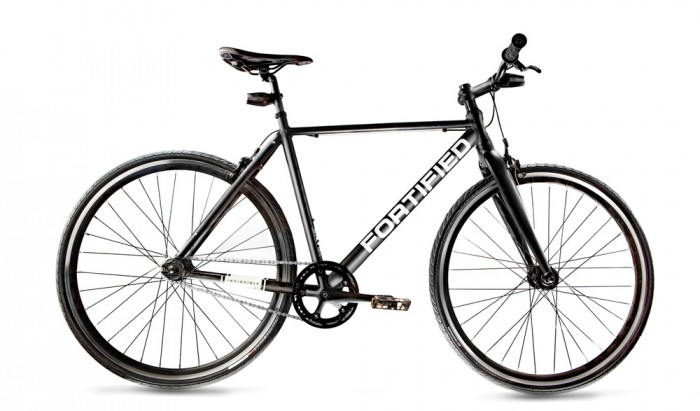 Already an established and successful player in the bike security industry, Fortified is not so much taking a leap into the built-bike industry as it is the next logical step. Beginning in 2012 with anti-theft bike lights that utilized proprietary hardware, followed by replacement guarantees, and theft-proof saddles in 2015, Fortified has steadily but quickly laid the foundation to become a total bike security platform. 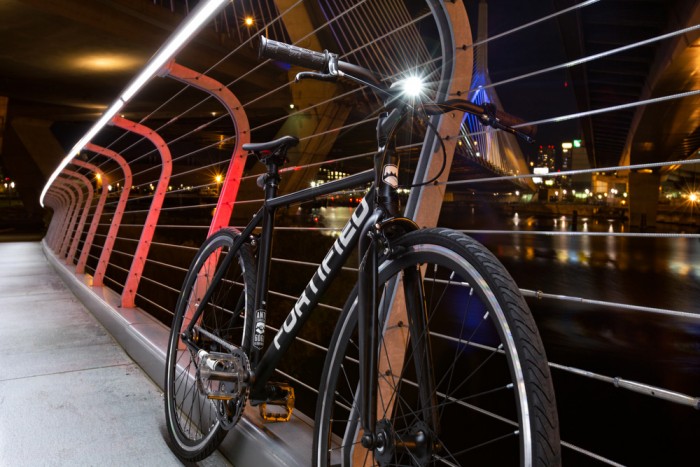 “The idea for an Invincible bicycle has been on our minds since the very first campaign, but we had to learn before doing,” says Fortified co-founder Tivan Amour. “Each campaign taught us something new about manufacturing, our customers, and about the urban cycling market, and one day we kinda just woke up and said ‘OK, we’re ready now.’”

Fortified’s approach to anti-theft is more straightforward, if less elegant, than Yerka’s: Load the bike with theft-deterrent hardware (hub locks and skewers, seat post clamps, headset bolts, and branded U-lock) and insure the whole shebang with an annual subscription. This means that the long-term costs of Fortified’s security are higher than the Yerka’s, but it buys peace of mind. So far it seems to be a good sell; their latest Kickstarter campaign received over $178,000. 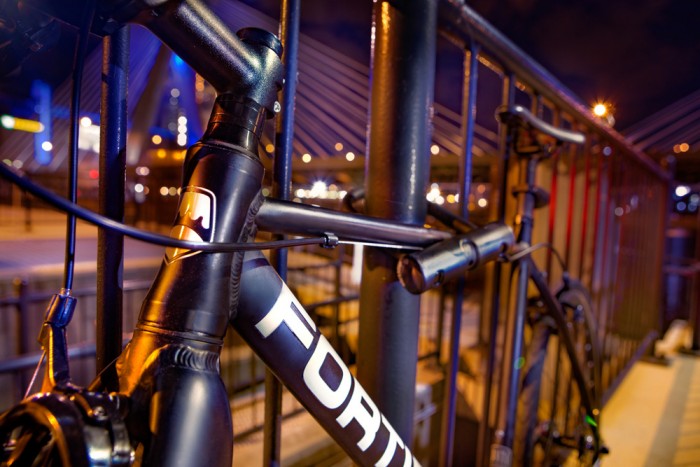 The crux of Fortified’s theft-proof guarantee is twofold. All Invincible bikes are registered with their purchasers, meaning Fortified can coordinate with both local authorities and secondary markets (like Craigslist and eBay) if a given bike is stolen, the theory being that a bike that is difficult to sell is less attractive to steal. The second prong of Fortified’s insurance plan is to replace any stolen bike that cannot be recovered within 24 hours (provided it was properly secured with a Fortified U-lock).

Both companies are targeting urban riders with their design specs. Yerka offers one build — a singlespeed flip-flop hub on a steel frame and fork, with basic components. All told, it costs $499.

Fortified makes more aggressive claims about the durability of their ride – “No rust. No flats.” Nothing too extravagant, 6061 aluminum frame and fork, and puncture resistant treads. Their bike comes in both singlespeed and 8-speed options (Shimano Altus). The expected retail prices are $449 and $849 respectively.

Up Next: Technical Outerwear For Your Winter Bike Ride

Saving…
Technical Outerwear For Your Winter Bike Ride
Free Money? How to Get Paid Biking to Work
×