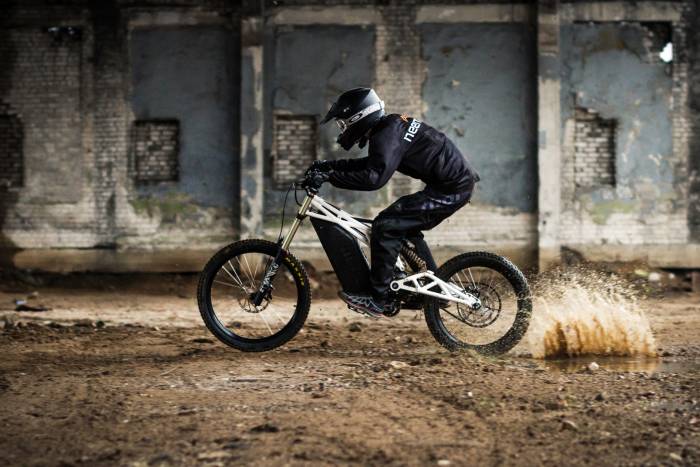 International Cycling Union officials denounced the International Motorcycling Federation for sanctioning electric mountain bike races and warned of penalties to any rider who took part in them.

It was only a matter of time. As e-bikes continue to grow in popularity, questions over the machines’ DNA inevitably arise: When is an electric bicycle actually a motorcycle?

“The UCI was very surprised and disappointed by the announcement made by the International Motorcycling Federation concerning the organization of an FIM E-Bike Enduro World Cup in France on 1-2 June, with no regulatory basis,” UCI said in its statement.

UCI officials called the FIM e-bike races “banned events” and went on to say that any rider holding a UCI license who participates in them risks disciplinary measures.

UCI: E-Bikes Are Not Motorcycles

“I am very happy that the FIM is starting to provide competitions for electric bikes,” Viegas said. “For the FIM it is a recurring story because the first motorcycles were based on a bike frame, with the addition of a motor. In recent years the electric technology has evolved considerably, and we are convinced that the FIM E-XBike World Cup will offer the manufacturers a great platform for further development.”

UCI President David Lappartient echoed Viegas’ enthusiasm. But he made clear he views e-bikes as entirely in the cycling realm.

“I am delighted by the boom currently enjoyed by e-mountain bike, a specialty that enables a new public to take up mountain biking — a demanding discipline — and which is also appreciated by high-level riders,” Lappartient said. “The UCI means to develop this activity which, as with other forms of cycling, comes under its exclusive jurisdiction.”

The class-1 pedal-assist e-mountain bikes in question have motors with a max output of 250 watts and do not add any power above 20 mph.