Home » Biking » Anti-Theft Bike? Unlocks At ‘Touch Of Your Hand’

It’s not quite magic, but this bike can recognize your presence via a smartphone signal to automatically unlock when you touch the frame with your hand… 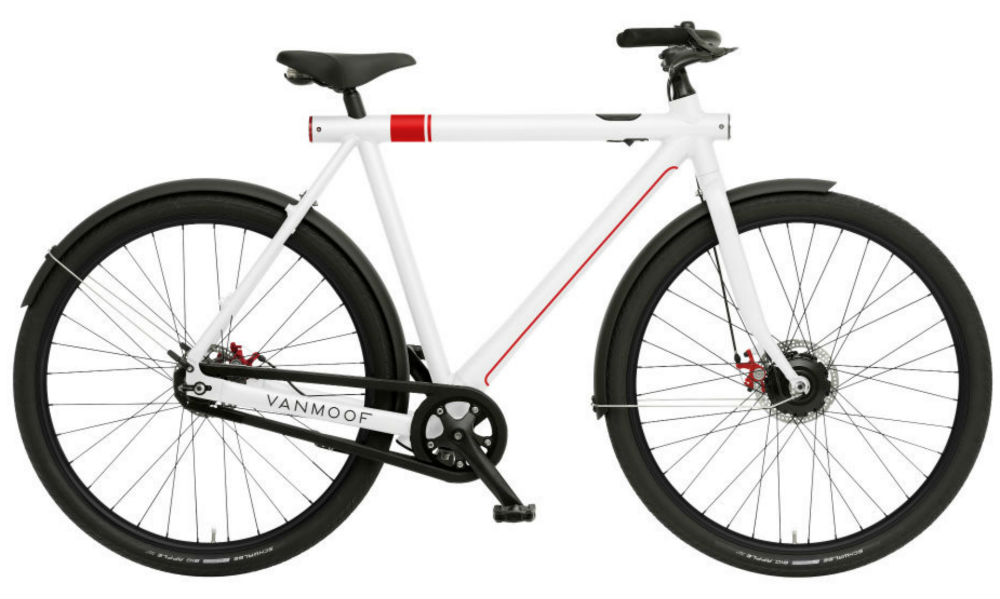 Touchscreen speed control, automatic gear shifting, and smartphone security are just some of the features packed into the new Electrified S.

This bike utilizes tons of Bluetooth connectivity to activate and lock all electronic components, including the motor, and included cable lock (or 8mm-thick chain lock upgrade) that latches into the frame itself.

In what appears to be an ultimate fusion of bicycles and cars, the Electrified S — the latest offering from Amsterdam-based VanMoof — has speed assist and GPS technology for commuters wary of traditional bicycles.

But its security innovations may hint at the future of all bike theft prevention.

Touch To Unlock Your Bike

Here’s how the lock works: There is a touchscreen on the top tube, the same one you use to control speed settings, that activates the locking mechanism.

When pressed, the device validates the command by pinging VanMoof’s app on your phone (you can also use the app directly to unlock the bike).

A fob-like “remote key” that also controls the included cable lock rounds out the security suite. If the bike is ever stolen, the app includes an anti-theft tracking feature to assist vigilante justice (or police reports).

On the road, the Electrified S is a techie’s dream. Four speed settings control the level of power assist like gears in a transmission — from speed setting one, which assists up to 10mph, to level four, which helps power the pedals all the way up to 20mph.

Like a transmission, once you hit 11mph, the bike automatically shifts to its high gear to keep you rolling. It has a button to conquer hills — the “power booster button” gives the rider extra oomph as long as they need it, below 12mph.

Ties Carlier, co-founder of VanMoof, hopes his take on the electric bike “will attract a much wider audience and inspire more people to commute by bike — especially those for whom distance was a barrier.”

Powering this system is a non-removable battery integrated into the downtube that takes up to six hours to fully charge. Depending on the speed setting, it has enough juice for trips between 31 and 75 miles, and has a lifespan of 1,000 charges.

Along with its extra gizmos, like integrated lights, anodized aluminum frame, and anti-theft security nuts for the wheels and seat, the Electrified S looks like a well-conceived, carefully crafted bike alternative for less rugged riders.

As long as scumbags steal bikes, there will be a market for methods to thwart them. Yerka and Fortified are two brands making bikes with theft deterrent designs. Read more…

We doubt it’s the future of cycling as a whole, but its high-tech security features might represent a big leap forward for all types of bikes.