Home » Biking » 9 Winter Biking Pitfalls (How To Overcome Them)

Fat bikes are undeniably awesome. Unfortunately, most of them run the same as a down payment on a new car, probably because they can tackle the same terrain as a Jeep. But are they necessary to navigate winter?

“Fat bike is overkill,” laments Tahkola. “We use anything that moves, POS [pieces of sh-t]. If you need to use a fat bike, the winter road maintenance has failed badly.” 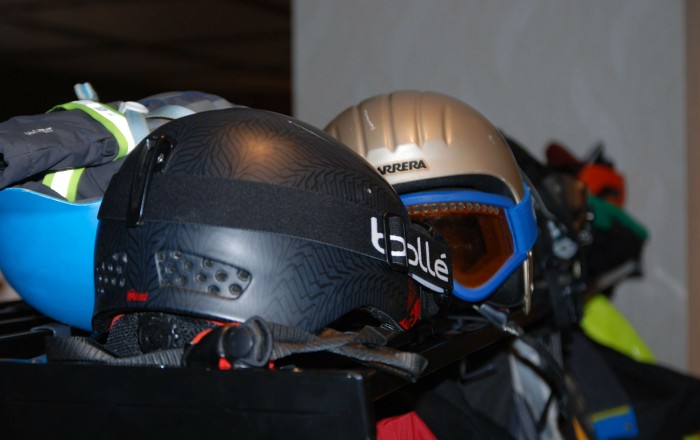 According to him, the most common bike Finn’s use to shred the snow drifts are mummiskas (loosely translated as “gramma bikes”) – simple, comfortable cruiser bikes, often outfitted with baskets and bells that do just fine on snowy city streets and paved paths. And they can travel as fast as snowplows.

For anyone to take on daily bike commuting to work or school through the winter, adequate lighting is a must. This is where most U.S. cities fall woefully behind our Scandinavian brothers and sisters. Again and again throughout the conference, panelists recited data they had separately collected that affirmed that behind cold, darkness was the leading reason for not biking in winter. While Minneapolis boasts one of the wonders of cycling infrastructure in the Midtown Greenway, its sporadic swaths of pitch black have hindered its winter viability. 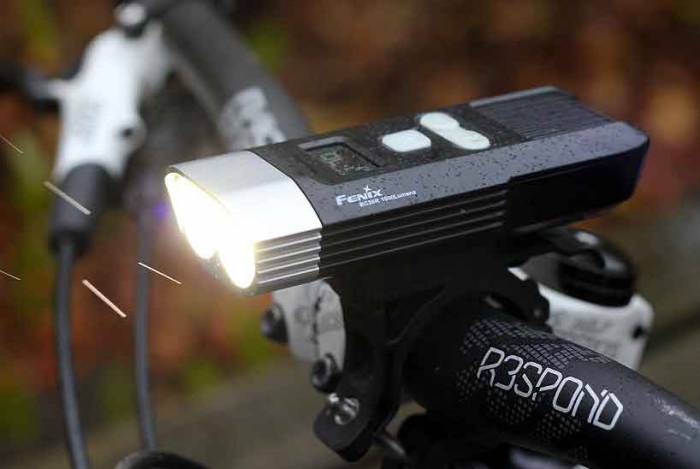 The Finns? “All of the bike paths are illuminated in Oulu,” says Tahkola matter of factly. His point is clear: preparing for the cold, choosing a bike, spending money, that falls on the rider. But the city has to pull its own weight if it wants to be a winter biking haven. Lighting the bike paths should be priority one.

Winter means cold, cold means ice, ice means “OUCH! SON OF A $#*@!” Wheels are not the ideal tools for navigating ice, add to that the inherent instability of the bike and you’ve got a recipe for failure. Even after plowing or brush clearing, streets and bikeways are often mottled with icy patches and frozen ruts – what to do?

Here is where the Finns really separate themselves from the U.S. The paradigm of shoveling, pushing, and blowing snow as it accumulates is a very car-minded solution to safe roadways. It’s great for automobiles, but a death knell for bicycles.

The Finns recognize this and apply a very bike-minded solution: don’t shovel it – at least not all the way. In Finnland, between three and four centimeters (up to 1.5 inches) of snow are left on top of the paved paths to provide an outstanding biking surface. It’s the same reason you walk around visible patches of ice on the sidewalk in favor of snow-covered grass; it’s soft and grippy.

With time, if there is no new snowfall, the old snow will become hard-packed and icy. If that occurs, the Finns have another ace up their sleeve: instead of road salt, which wreaks havoc on metal and mechanical parts, and has a terrible environmental impact, the city of Oulu uses natural gravel, which provides excellent traction for cyclists and pedestrians alike and is ecologically benign. 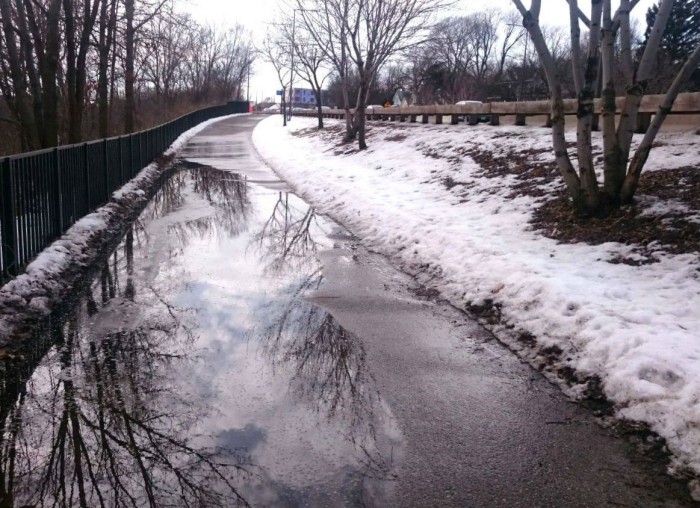 Perhaps most crucially is the issue of drainage. Numerous bike paths in the Twin Cities may be cleared of snow and debris, but have standing pools of water or ice. “Water is the cause of most problems in road and bike path maintenance,” Tahkola warns. “Water gets into the road structure and softens it, or freezes making it expand and contract” in freeze-thaw cycles. Our Finnish friend caught some of these local drainage problems in action.