Home » Biking » 9 Winter Biking Pitfalls (How To Overcome Them)

This is an interesting conundrum – feeling guilty about biking in the winter – for two reasons. First, riding on the streets can feel hectic and stressful, especially when you’re dodging sheets of ice with traffic piling up behind you. It can feel like using up a limited resource; there’s only so much space on the streets and they’re not clear enough in winter for bikers. Second, lobbying for separated bike lanes that are maintained in winter can draw ire from motorists who don’t want tax dollars diverted from roads.

The first issue has some validity. In wintertime, the streets are less safe for both bicycles and cars, and particularly dangerous when mixed. In Oulu, they are navigating their first winter with on-street bike lanes. The results have been lackluster. 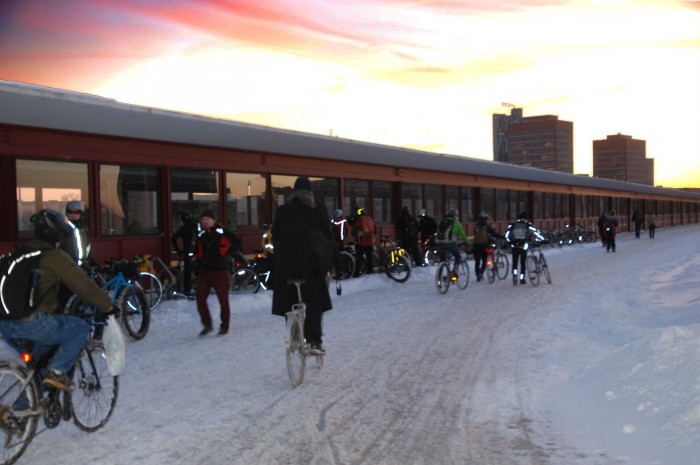 “It doesn’t work that well in winter,” says Tahkola. “Sharing a surface with cars is generally a bad idea. [They] quickly destroy the smooth hardpack into an uneven, icy surface that is really horrible to cycle on.”

The second issue bears less weight and is actually related to the first. Building and maintaining off-street bikeways is the best way to keep bikes off streets and leave the limited road space to the vehicles. It’s the argument that gets bandied around (and usually wins) in Finland and the Netherlands when anti-bike legislation pops up.

Things get particularly interesting in snowy cities; that’s when you encounter sneckdowns. To understand sneckdowns, think about what happens to the roads after a significant snowfall. Lanes are no longer defined by lines, but by the aggregate tracks left by traffic. When this happens, roads are reduced to their minimum spatial requirements – at intersections there will be floating islands of snow that vehicles don’t traverse. 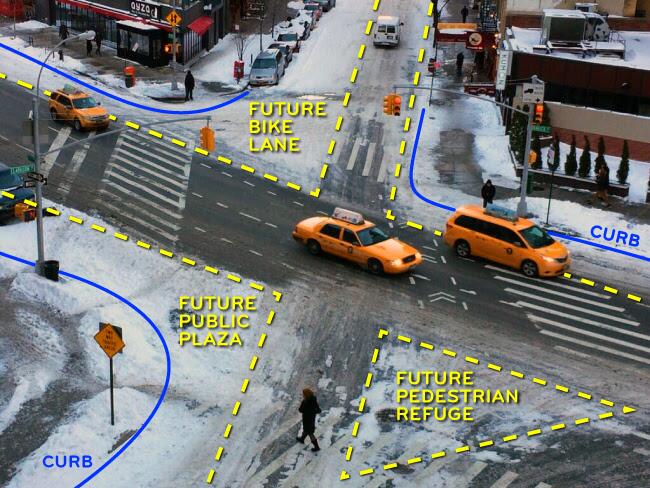 City planners can use this visual data as cues to where protected bike/pedestrian intersections can exist and what they would look like. Ideally, using information like this in Finland or the U.S., bikes wouldn’t need to be on the streets during winter.

The number one takeaway from this conference was the enthusiasm everyone had for winter. And frankly, yeah, they were a little weird. But they were into it and winter was fun for them.

Patrick Coleman, executive director of the Winter Cities Institute and member of the American Institute of Certified Planners said it best: “There are overwhelming negative perceptions of winter. The media hypes up snowfall as major ‘snow events,’ mall culture has allowed us to remain inside during all of our errands, winter commutes by vehicle are gridlocked and frustrating, and parents are warned not to let their children outside.”

It’s something most of us are guilty of – lamenting the onset of winter and celebrating the arrival of spring and summer. But past WCC cities like Oulu, Winnipeg, and Leeuwarden, NED, are places where winter is less survived than it is revitalizing. Edmonton, who’s not yet been considered as a host city for this event, received praise for their visionary Freezeway concept, a greenway for skaters – genius!

All winter cities, Minneapolis included, can make the most of their landscapes and wintry identities to enrich the lives of its communities and commuters.

Snow is fun. Ice is fun. Cold…sucks. But it makes us happier to be warm. Winter has its place, and biking ought to be a part of it.