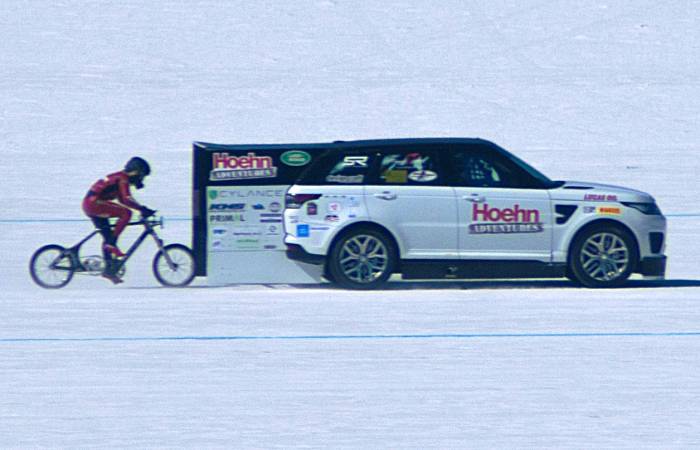 Denise Mueller set the world record for the fastest woman to ride a bike on flat ground on Saturday at Utah’s Bonneville Salt Flats. She hit 147 mph while pedaling a highly specialized bicycle behind a pace car. 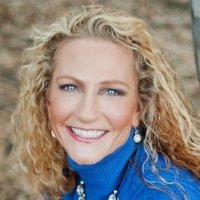 For this record, cyclists are towed to about 90 mph, then set free to pedal on their own power in the car’s slip stream. They are towed up to speed because they could not turn the massive, single gear on the bike from a stand-still.

“It is uncharted territory,” Muller told Women Who Cycle. “Something no woman has done before, yet men have been setting these records starting with Charlie ‘Mike A Minute’ Murphy in 1899… I want to give women a voice on my bike at Bonneville.”

Her bike was custom-built by Chris Garcia of SD Wheel Works with technical support from DaVinci Bikes and KHS Bicycles. It has a range of technologies that enable Mueller to maintain stability and minimize wobble at high speeds while generating maximum power. 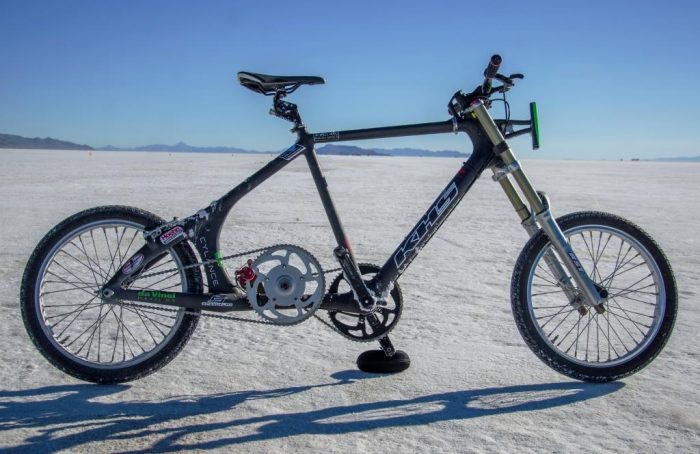 “The BodyFloat isolation seatpost is an incredible performance enhancer that helps me stay connected and smooths my spin. It allows me to keep the bike extremely stable underneath me,” Mueller said.