The Alloy Racing Composite hardtail mountain bike launched the Yeti Cycles brand in 1985. But after a 4-year hiatus from the lineup, the ARC returns with a vengeance!

Back in the day, Yeti’s hardtail ARC, ARC AS, and ARC AS LT were the bikes to beat. They dominated in cross-country, downhill, and dual slalom racing with Missy Giove, Juliana Furtado, Kurt Voreis, and Miles Rockwell at the helm.

Then, in 2016, obsessed with its new Switch Infinity and full suspension, Yeti discontinued the ARC, much to the chagrin of Yeti fans. Swing by the Yeti HQ in Golden, Colorado, today and you’ll see the original ARC hardtail sitting in the lobby alongside a gallery of discontinued bikes.

Now, the ARC is back with 29-inch wheels — in full carbon, not alloy. The new bike mimics the feel of Yeti’s SB 130 and SB150, and it promises to be just as popular as the original ARC. The 35th-anniversary edition sold out in 12 hours. Now anyone can have one in standard Yeti colors and builds.

The ARC Is Back

According to Ryan “Rocket” Thornberry, Yeti Cycles bicycle category manager, although the last generation of the ARC went away in 2016, the demand continued. This was especially true from Europe and parts of the U.S. that don’t have quite as much elevation as the Rockies, where Yeti is based.

Shorter travel makes some trails come alive and feel more fun. And there’s such a thing as too much bike for some trails. So when the trails you’re riding aren’t all chunky shelves and baby-head boulders, this bike will make you hoot and holler — and it won’t hold you back. 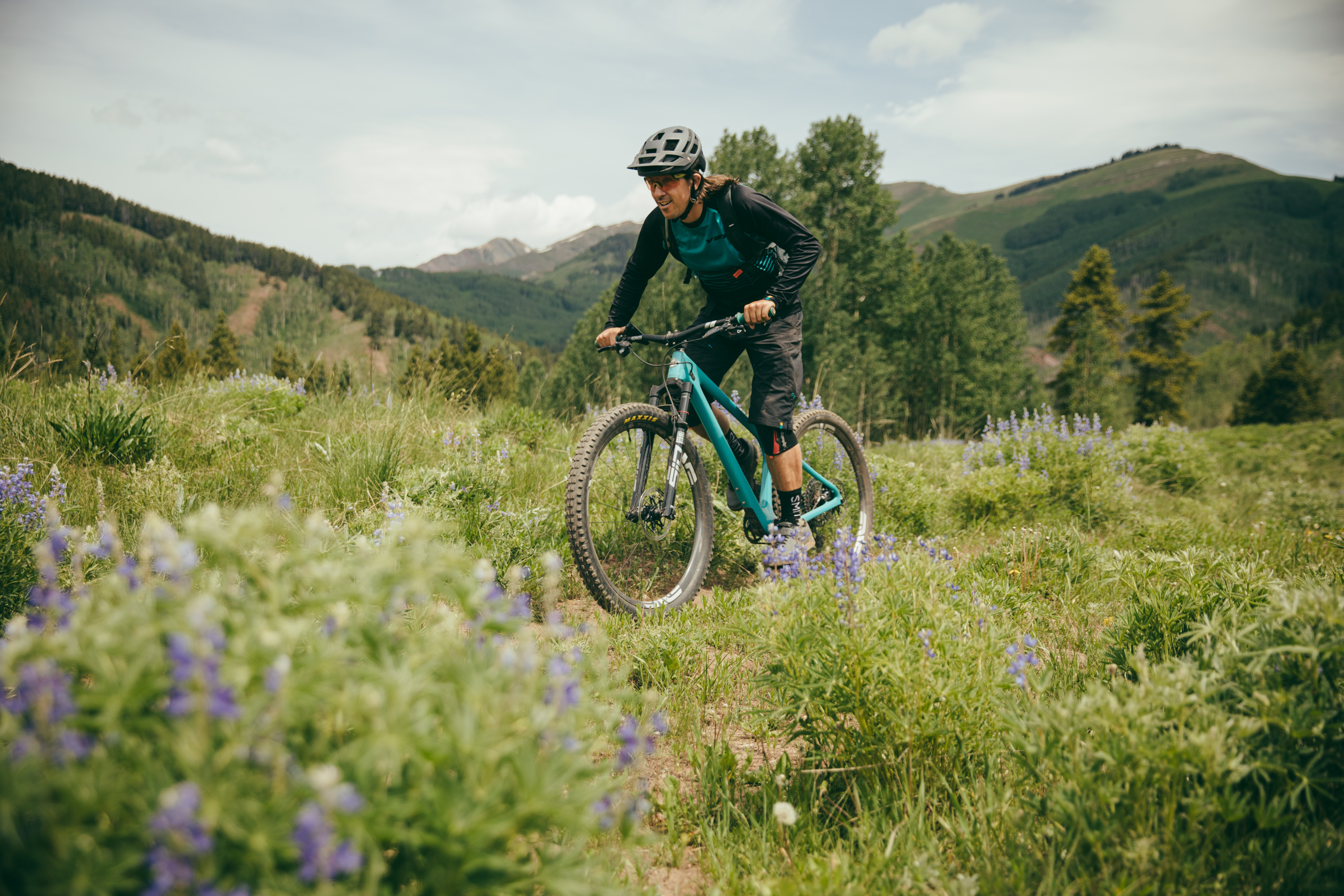 “A hardtail is a completely different beast,” Thornberry said. “We started with the question, ‘What would be a hardtail that rides like a Yeti?’”

The team tried to build the ARC with the same geometry as its long-travel 29ers, but the rear wheel lost traction and the ARC didn’t have the calm, composed feeling of other Yeti bikes.

So Yeti engineers reined in the reach by 15 mm to control the rear end. This brought the rider’s center of gravity further back over the bottom bracket so you can use your legs as your shock when you’re descending and standing.

Because the Yeti family of bikes is all about ripping descents, the brand updated the ARC’s head tube angle from the original 70 degrees to a more downhill-oriented 67 degrees. Then, Yeti specced a Fox 130mm suspension fork with 2.6-inch tires. 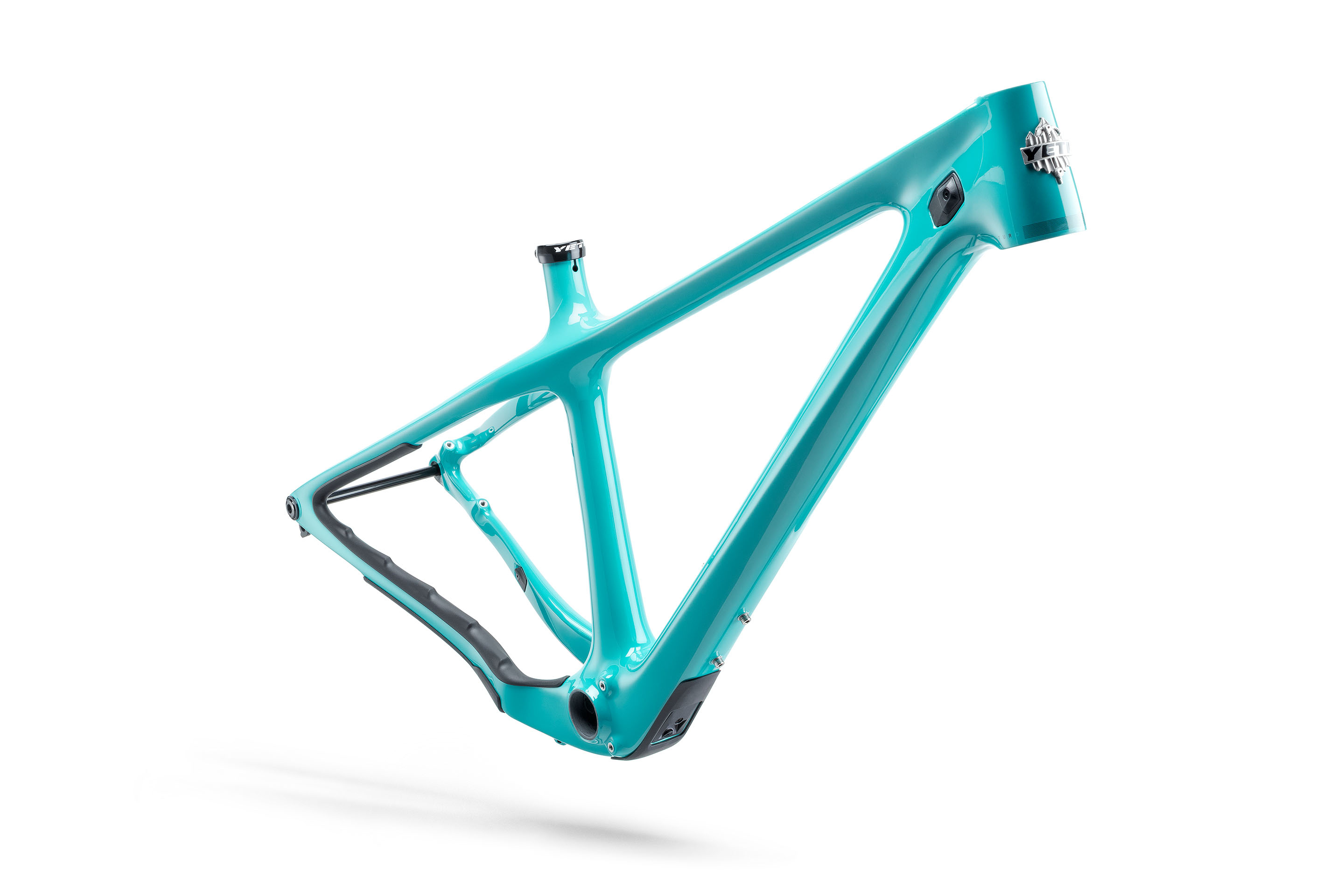 The slack and stable 67-degree head tube and 76-degree seat tube angles put you into an efficient climbing position that lets you hammer Yeti’s lightest bike to the top of any climb.

It’s a hardtail, but it’s not a cross-country bike, and the ARC’s 2.6-inch tires reflect that. The ARC feels delightfully stiff without being jarring. On the trail, the bike was loose and playful, easy to maneuver, offered precise steering, and was so much fun. It was smooth and fast, with clean lines and an elegant simplicity unique to hardtails.

On technical rocky trails, the high-volume tires absorbed chatter and let me ride aggressively, airing over tabletops and boosting off kickers. As Yeti promised, it felt just like every other Yeti bike I’ve ridden when I climbed aboard. So I didn’t think twice about rolling g-out rock slabs and hopping over every feature I saw on the trail. 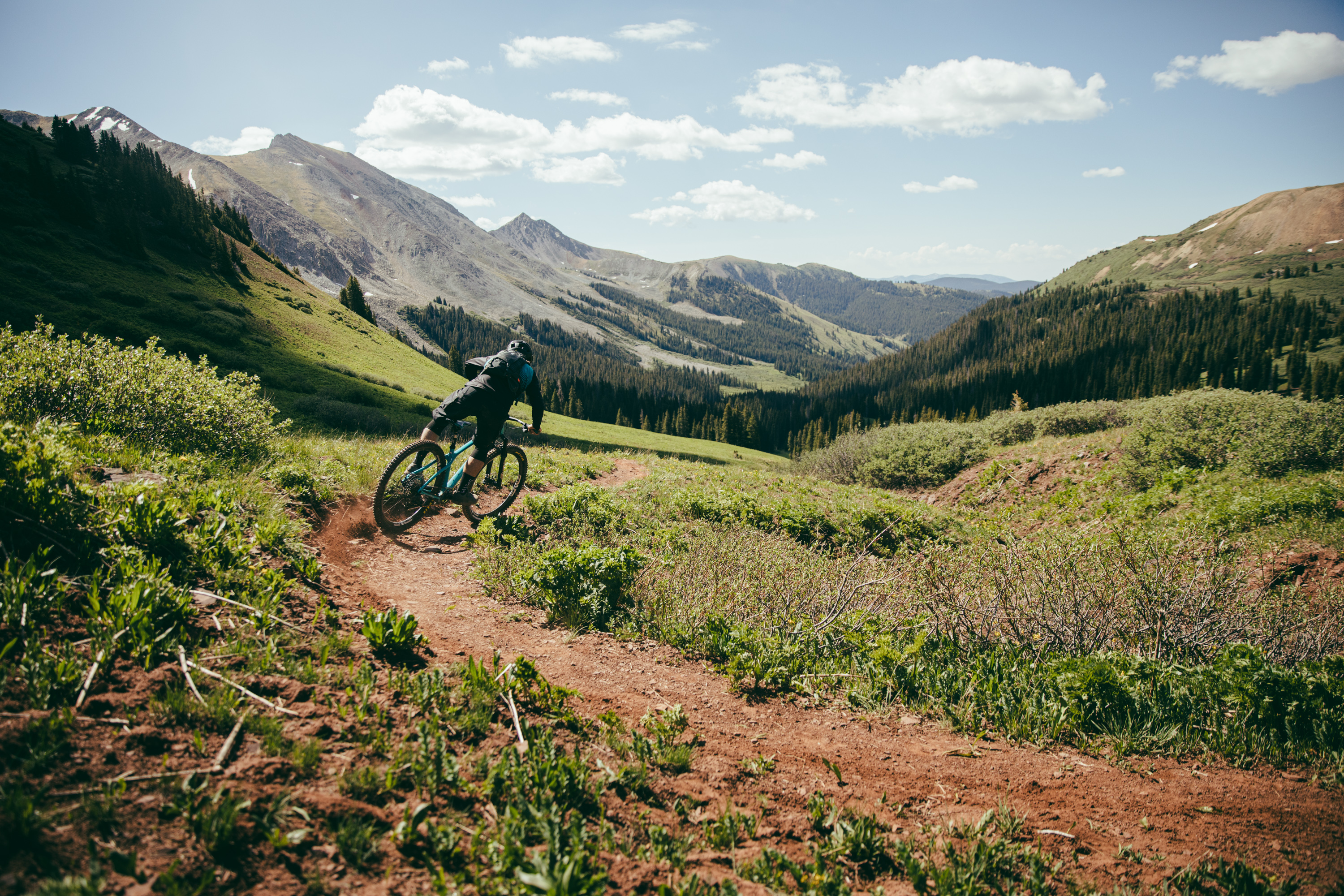 Riders who buy this bike will ask different things from it. Racers may use a large front chainring, for example. So Yeti used a 55mm chain line on the crank — a newish standard that lets the ARC accommodate more teeth up front — big tires, and a derailleur cable with Boost, not Superboost spacing. So if you were planning to upgrade your ARC with your existing carbon wheels, for example, you still can.

The ARC also specs SRAM’S UDH (universal derailleur hanger), which both SRAM and Yeti expect will be adopted globally across brands. This means that the next time you bend your derailleur hanger in Nepal, Quebec, Argentina, or Australia, you won’t need to find a Yeti dealer to buy a new one.

Because the brands predict all bike shops will carry UDH, Yeti plans to design it into future models as well. According to Thornberry, however, it can’t be swapped in retroactively on existing models.

Other cool features include a brake mount on the seat stay — an aesthetic, not a functional decision. Thornberry told me Yeti wanted to keep the brake tucked out of the way and keep the bike looking clean.

The bike uses full internal tubes for cables and ports, designed to prevent those cables from rattling. Buy a build with an AXS dropper or shifting, and the bike comes with port covers. An extra-thick-finned chain slap protector provides further noise reduction.

“These days bikes are so good that if a bike makes any rattling noise, you think the bolts are coming out,” Thornerry pointed out. “We did everything to keep this bike silent.” 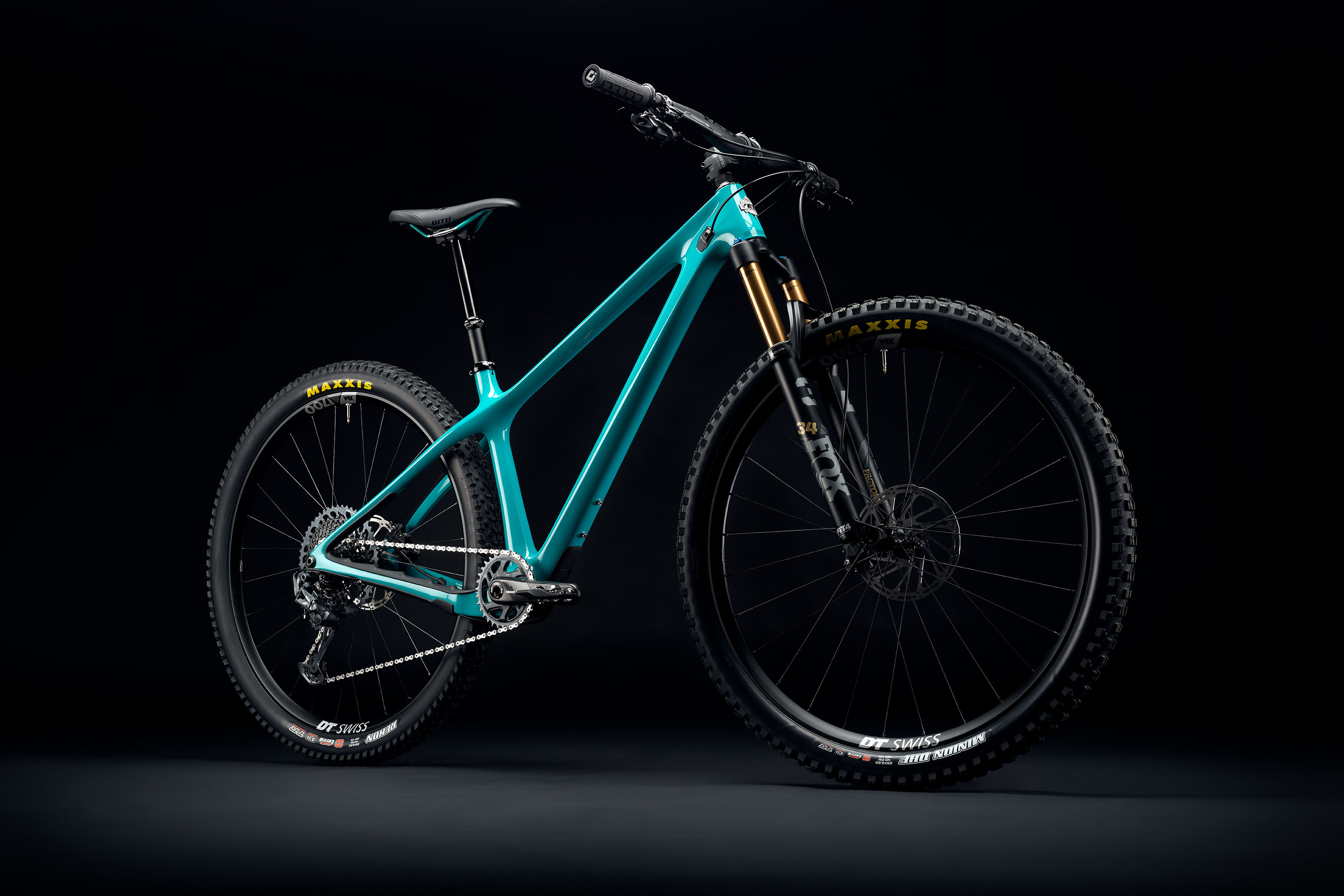 It’s a Yeti, and the brand’s superfans love to over-fork Yeti bikes. So we asked Thornberry if he expects the same on this hardtail, which already has a 130mm suspension — which to me, felt just right.

“Oh, yeah,” he said. “There’s a crew out there committed to ‘lunch riding’ everything we make. Check your social media feed. It’s only a matter of days.”

The ARC is simple and classic, and for me, riding a hardtail took me back to the origins of MTB and reminded me that you don’t need the most complicated tool for the job. Just get out there, point your wheel downhill, and let ‘er roll. 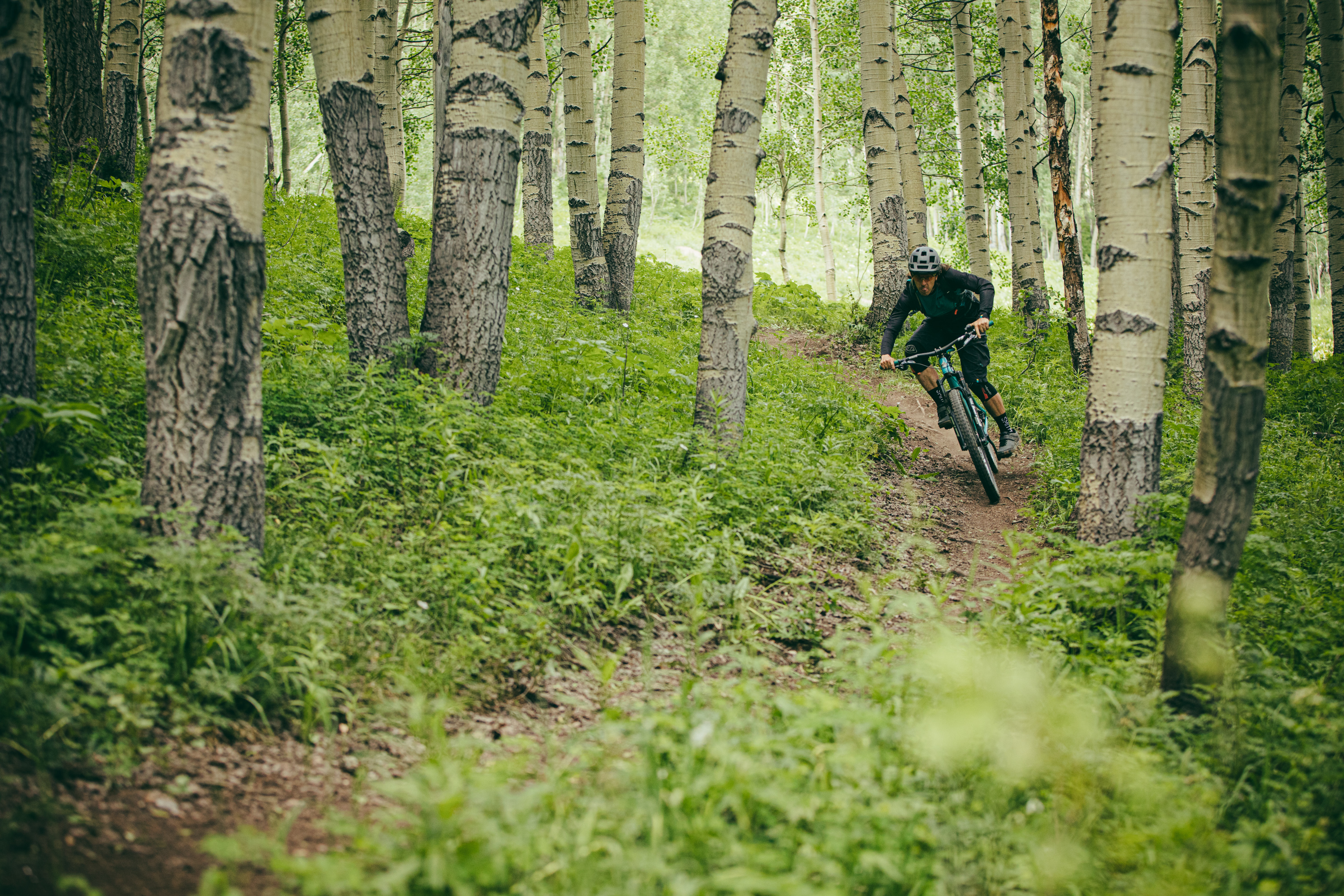