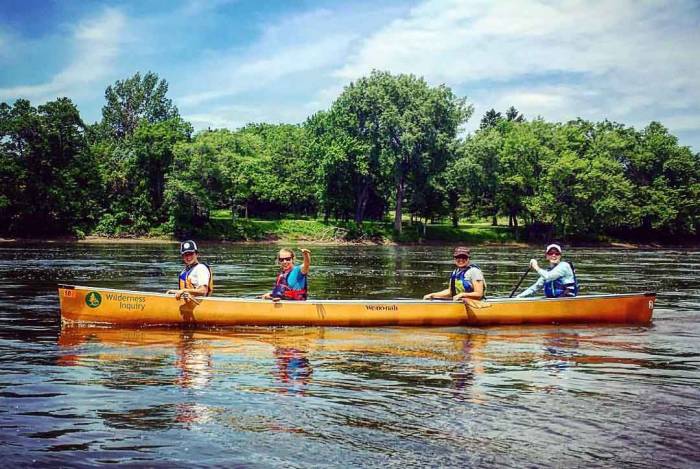 Want to be a better paddler? We caught up with 26-year-old canoeing phenom Ann Raiho to find out how she sets distance and speed records through the wilds.

Raiho’s paddling accomplishments are epic. She came into the scene in 2011 with friend Natalie Warren after becoming the first women to complete the famed 2,250-mile Canoeing With The Cree route from Minneapolis north to Hudson Bay.

Since then, Raiho and teammates set a speed record for canoeing the full 221-mile Boundary Waters to Lake Superior route in under 100 hours, and she won the Voyager division of the world’s longest canoe and kayak race, the Yukon River Quest, finishing 19th out of 95 teams.

We stole a few minutes with Raiho to ask her some questions that go Beyond The Gear. 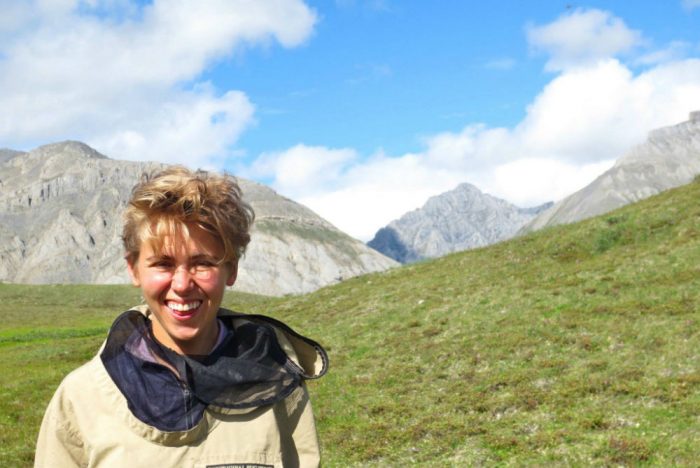 What gear and training do you use to stay a strong paddler?

Raiho: Wherever I’m living, I drill holes in the door frame to put up Rock Rings. Pull-ups strengthen your core and back, the main muscles you use while paddling. I can only do three or four, but even hanging from the bar gives me stronger and tougher hands for paddling.

Any pro tips for portaging?

Try to pack before your trip so that you’ll be able to carry everything over a portage the first time. It’s inefficient to double back.

Get your feet wet too!

What is your “Optimal canoe setup?”

I think the optimal setup really depends on the type of trip you are doing, and there really isn’t a catchall type of canoe. My optimal canoe would be anything made by Esquif.

But, if I’m on a long paddling trip, I want a good Royalex canoe because it probably won’t have any structural problems even if you hit a few rocks on a rapid set.

On long canoe trips, what and how do you eat and drink while paddling?

I eat all sorts of things! Spaghetti sauce, ground beef, I also love to make cinnamon rolls on trail! I’m really happy if I have time to dehydrate my own fruit, too.

On the 444-mile Yukon River Quest, we had five minutes every hour to have a snack. It’s hard to predict what you will want to eat when you are extremely tired, so we ate a variety of foods including hard boiled eggs, granola bars, sandwiches, and Oreos. Next year I would want more sandwiches or wraps.

When you’re not race canoeing, you eat and drink whenever you feel like you need to. Eating lunch on the water, also known as a floating lunch, is my favorite.

Not gear, but can I say my beautiful dog and partner in crime, Myhan! Natalie Warren and I acquired her in 2011 in Norway House, Manitoba, on our way to Hudson Bay. Her original purpose was to warn us of polar bears should it be foggy when we arrived at Hudson Bay. 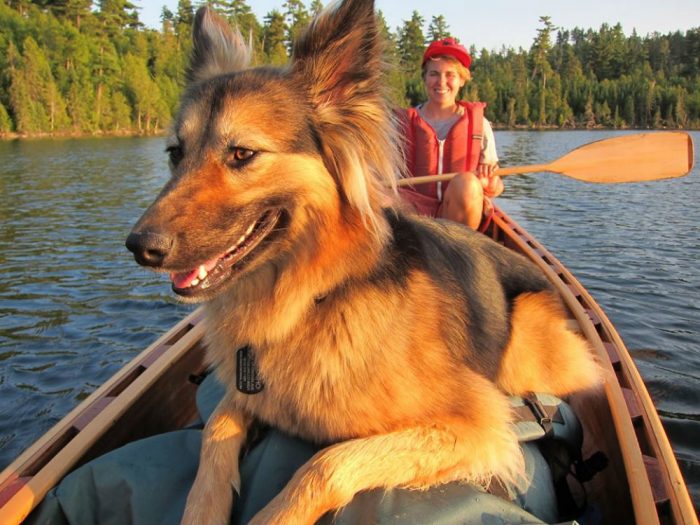 How about gear that doesn’t have a tail?

Patagonia Nano Puff – It’s somehow the perfect jacket for most weather conditions, stuffs up really small, and protects against a little bit of rain.

Dakine Mountain Biking Pack – Fits everything you could need for a day in the mountains with just the right amount of extra features.

Any tips for canoeing with a pet?

After they’ve learned to sit or lay down on command but are still very young, go out padding often. That way they will be less nervous about canoeing and learn what they are supposed to do when you ask.

It also helps if you have someone not paddling who can hold them in the beginning. Myhan knows exactly what to do in a canoe because she lived at YMCA Camp Menogyn for awhile and was always held by a duffer (a person sitting in the middle not paddling).

Can you talk about the psychology of syncing with a rowing partner, especially on long trips?

It works well if everyone has clear jobs, but also the ability to change their job. On Hudson Bay Bound, Natalie cooked and I set up camp. This was also important because we needed that alone time.

But, there were times when I would want to cook and it was completely fine to switch. Then, with jobs like dishes that no one really wanted to do, we switched every day. Equality and open communication are key!

What do most people do wrong, or do they not know, when they start canoeing?

Most people don’t know that you should paddle on opposite sides of the canoe the vast majority of the time. This maintains balance in the boat and is more efficient.

What should you do if your canoe tips?

If you’re alone, stay with the canoe and swim to shore.