It took six months of paddling. But two women broke a record by canoeing across the United States this year. 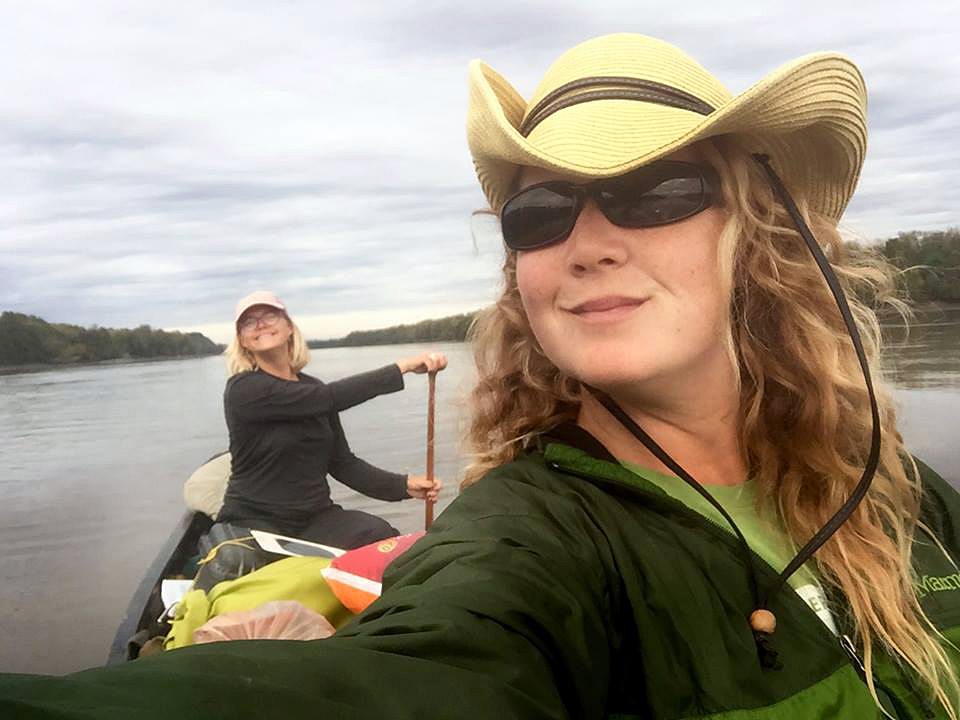 For six months during the summer of 2016, the pair paddled thousands of miles and conquered the fourth-longest river system in the world. “I just wanted to go canoeing,” Kuenzli said with a laugh when asked why she took on the challenge.

But her and Pugh’s motivations ran deeper. They wanted to be the first women-led expedition to complete the trip.

“And we wanted to document the confidence-building process, and share that process with other girls and women along the way,” Kuenzli added.

The desire to empower women inspired them to create the Source of Confidence. This nonprofit supports females in navigating their own paths to confidence in the backcountry.

Kuenzli, also 29, paddled extensively on her own and as an instructor at Minnesota’s Voyageur Outward Bound School. The duo met and bonded while guiding.

Kuenzli started brainstorming the Jefferson-Missouri-Mississippi trip in 2015. She had completed an expedition down the Mississippi River and wanted an even greater challenge. She also wanted a partner. Pugh immediately accepted an invite.

That same year, the duo simultaneously read The Confidence Code, a book by Katty Kay and Claire Shipman that highlights the disparity in confidence between females and males. It’s known as the “confidence gap.”

They reflected on their lack of guidance as youngsters in this realm and the fact they gleaned strength, self-reliance, and self-assurance by taking on increasingly greater paddling challenges. They wanted to show other women and girls how to navigate their own paths to confidence through positive risk-taking in the backcountry.

Paddling Six Months to the ‘Source of Confidence’

Kuenzli and Pugh embarked on their expedition May 11, 2016, in southwestern Montana. A two-day trek through snow brought them to the source of the Missouri River and the headwaters of the Jefferson River—Brower’s Spring.

From this starting point at 8,800 feet, it took the team nine days hiking over washed-out roads, and through hail and rain to make it to the Clark Canyon Reservoir. There, they started paddling the Jefferson.

Over the next 100 days, as they followed the Upper Missouri from Three Forks, Mont., to Yankton, S.D., they faced 100-degree heat, bugs invading their tents, sleepless nights, and storms that drove them off the water and hammered their camps.

They averaged roughly 10 miles per day until the current of the Lower Missouri propelled them at quadruple that rate toward the Gulf of Mexico. 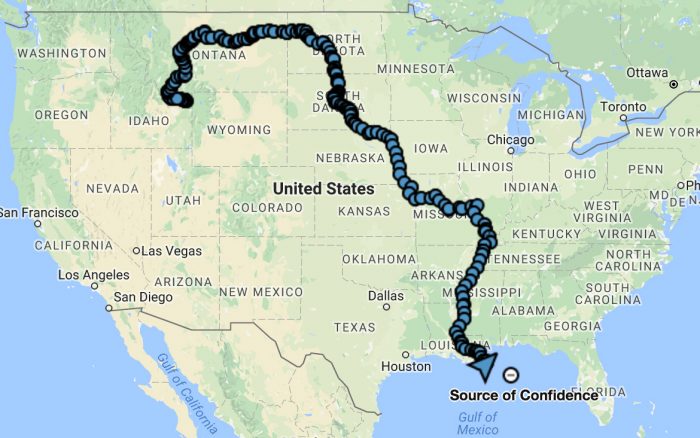 Once on the fast water, Pugh explained that she and Kuenzli developed a strong yet malleable rhythm some teams never achieve.

“One of our super strengths was our teamwork and dedication to our friendship,” she said. “We tried to make sure, above all else, that we treated each other right. It can be hard to remember compassion out there.”

The stunning landscape and remarkable experiences helped them stay positive. But they had moments wondering, “What are we doing here?”

“But then a beautiful sunset would come, and we were ready to do it again the next day,” Pugh stated. “It’s amazing the amount of amnesia you can experience. The difficulties are all so fleeting compared to the amazing moments.”

On November 27, 2016, the team paddled the final leg of the Mississippi River, into the Gulf of Mexico, and they became the first all-female canoe expedition in history to complete the route.

Their path wound through and along the borders of 14 states and across 3,902 miles of waterways before it spilled into the Gulf of Mexico.

End Of Trip, Beginning Of Journey

The year-and-a-half adventure included 12 months of meticulous planning and fundraising, and then six months of canoeing.

They reached the end of an epic adventure, but this is just the beginning of the Source of Confidence Organization.

The two women now seek to serve as role models through outdoor adventure. They will create curricula for building confidence, produce a documentary about their expedition, and teach workshops on empowering women.

“It’s so important to give people power to figure out their own path to building confidence,” Pugh explained. “Confidence is something you actively pursue. We wanted to serve as an example of how to follow your dreams, how to take a big risk, and put yourself to the test.”

–Read more about the expedition at SourceofConfidence.com. 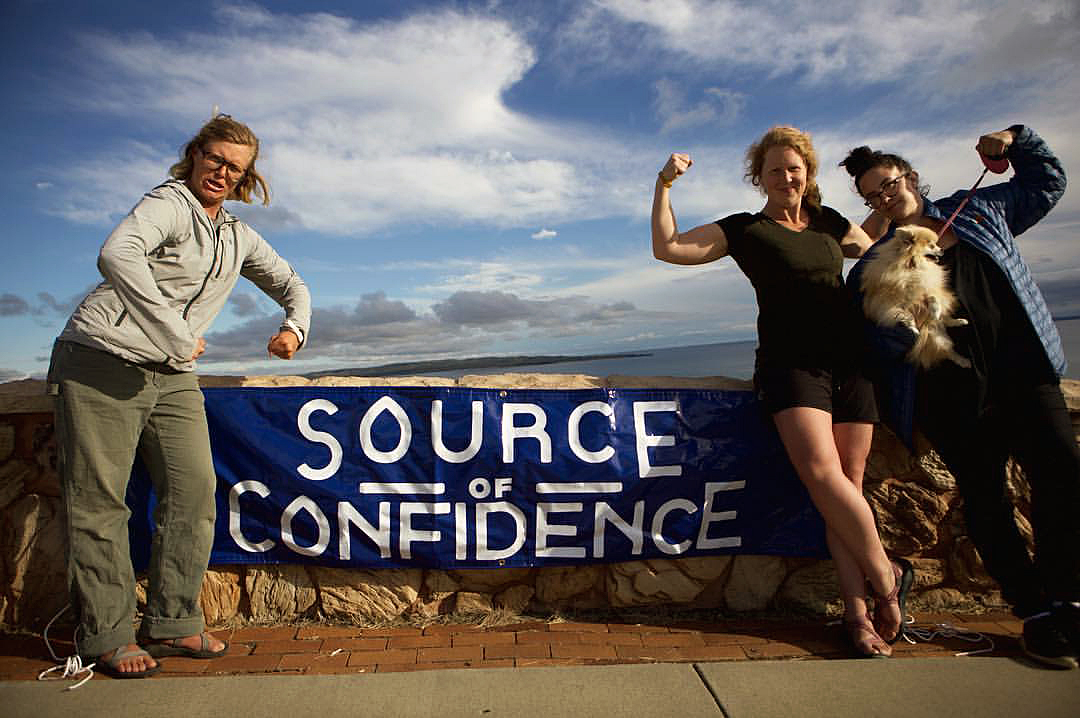