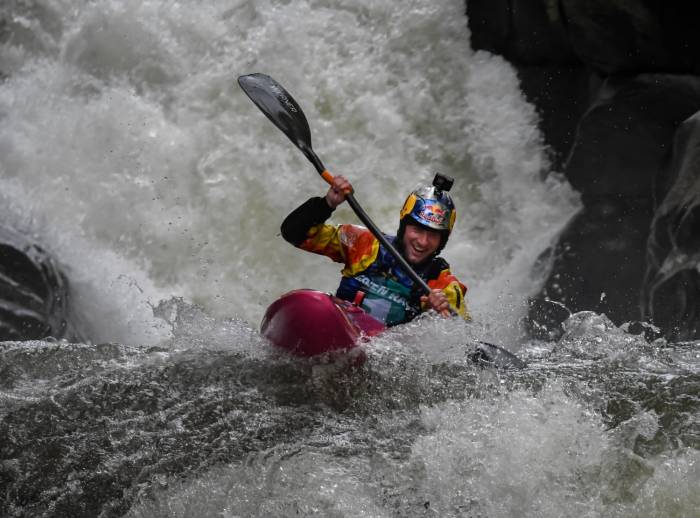 Dane Jackson smiling after a mistake in the crux of his 2021 Green Race; (photo/Marc Hunt)

There is a theme every year for the Green Race. This year’s was “Wishful Thinking,” and it did not disappoint. Dane Jackson won for the fifth time in a row with a time of 3:58.68, cracking the elusive 4-minute barrier on Nov. 5, 2022, at about 11-inches on the river gauge. The second-place racer this year was over 12 seconds back.

Dane Jackson Is the G.O.A.T.

Jackson started racing the Green Narrows at 16, only missing one year since his debut in 2009. That’s 13 Green Races under his belt and many hundreds of practice laps. Jackson’s signature Red Bull Helmet, bright Kokatat drywear, and pink Jackson Kayaks Karma UL kayak haven’t changed in many years as he’s whittled a few seconds off the overall race record nearly every year in recent history.

He’s gotten the record all the way down to 4:02 in the past. He even had a great run going last year, but, sadly, a flip and some backpaddling had him end up with a 4:10, ensuring the 4-minute barrier wasn’t broken for yet another year.

This point-of-view video of Jackson winning the 2022 Green Race blows my kayaker mind. This footage will be viewed, started and stopped, and rewound a bazillion times by whitewater paddlers and racers alike for many years to come.

Dane’s smooth, fluid flow with the river, incredible athleticism, and extremely hard work — putting in multitudes more training laps each year than any other competitor — show in every stroke he took at this year’s race.

Besides this near-flawless long-boat race run, Jackson also once again raced in the short-boat class and won. He actually set a new short-boat course record with a time of 4:22.70, besting his own previous record of 4:24.

The ‘Greatest Show in All of Sports’

The paddling community dubs the annual Green River Narrows Race “the greatest show in all of sports.” As a longtime passionate kayaker myself, it’s hard to argue with that.

At high noon on the first Saturday in November each year, around 175 expert whitewater kayakers set off at one-minute intervals to lay down a time on a steep, technical three-quarter-mile stretch of the Green River narrows in North Carolina.

Besides all the paddlers, there are always loads of boater and non-boater spectators on the course. This year saw some 2,000 spectators hike into the Green River Narrows gorge on a beautiful fall day, while many more tuned into the livestream online.

Clay Wright, one of Jackson’s mentors and a true legend in the sport, won the first-ever Green Race in 1996, with a time of 4:57. That made Wright the first racer to go sub-5 minutes — still a huge benchmark accomplished for any racer today.

If you sit back and think about things a bit, it took 26 years of gear and technique improvements to get a 20% faster time. Let’s not forget raw talent and an insane work ethic when it comes to talking about Jackson chasing — and accomplishing — the sub-4-minute goal.

If you’d like to dig into all the race results from this year, and previous years, check out the complete Green Race results. 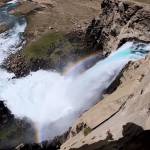 Dane Jackson is one of the best kayakers in the world. This new video of him dropping a massive waterfall will leave you in awe. Read more… 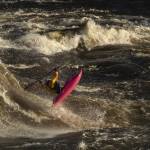 The best whitewater kayakers on the planet flock to eastern Canada every spring. This 2022 'Stakeout' edit from Dane Jackson showcases why. Read more…