Sea-Doo’s Switch is a customizable hybrid between a jetski and a party boat.

If the Sea-Doo Switch looks like a pontoon boat, you’re not looking closely enough. Yes, it’s got the patio seating, fence, and gates that define the lake legend.

But the Switch drops the prop and skips the troll, in favor of jet boat DNA. Sea-Doo gives it a jet motor and an intuitive braking and reverse (iBR) system for agility. The brand says these features are unprecedented for a pontoon.

Add the customizable deck that lets you swap seats and components to optimize performance or pleasure, and you’ve got a pontoon we’d like to board!

Nine models across three platforms are available to fulfill a range of lake life activities. Fill up the cooler and don’t forget the SPF 15; we’re goin’ jet boatin’! 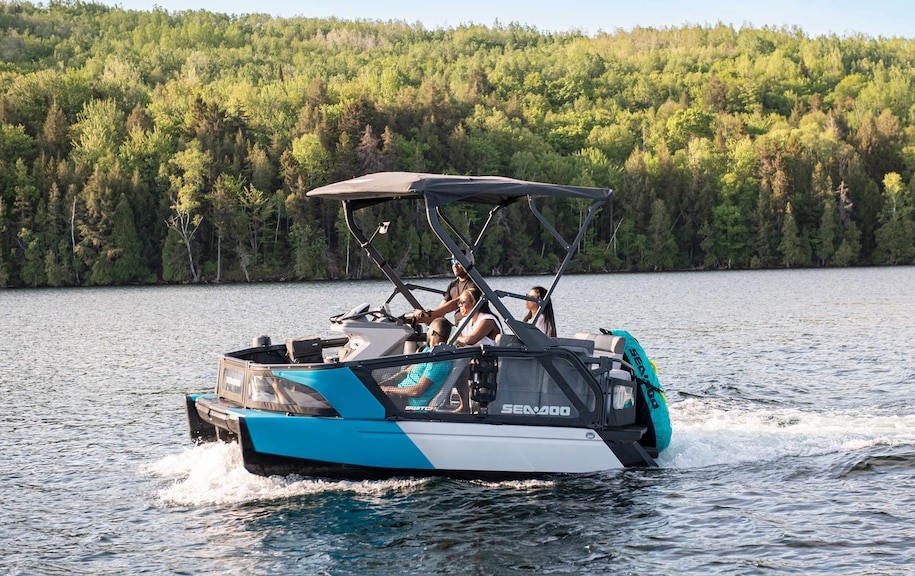 The Switch all starts with the 1630 Rotax ACE engine. Depending on the spec, you’ll get anywhere from 100-230 horsepower. Unfortunately, Sea-Doo doesn’t drop the top-end 300 horsepower, 8,000 RPM Rotax into the Switch line. We’re not sure why, because it does sound fun; we assume that may either flip the boat over or push the legal limits of this particular recreational watercraft.

Unlike any other pontoon we’ve seen, the tiller is a set of handlebars. Driving it appears to be as intuitive as driving a personal watercraft or riding a bike. Throttle up or down, and utilize the brake and reverse system with a lever.

The system, called iBR, is a first-of-its-kind innovation for a pontoon. According to Sea-Doo, it makes tight maneuvering and docking easier, which everybody knows matters that much more with a crowd of onlookers.

Every Switch deck is configurable, thanks in part to the lack of an outboard engine below. In a process that requires no tools, floor panels simply lift out and components can be rearranged to suit your purposes. Depending on the model, passenger capacity is anywhere from five to nine. 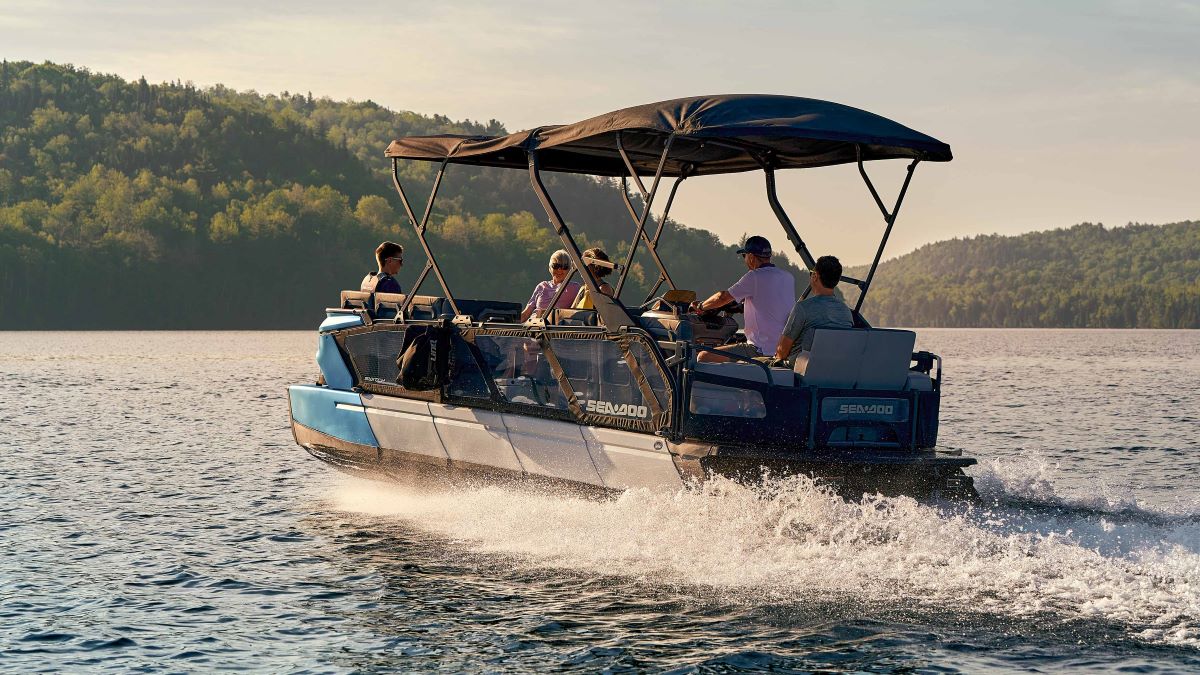 Sea-Doo launches the Switch in a rollout of nine models on three platforms. Pricing starts at MSRP $18,000 with the 13-foot entry-level Switch, and then graduates to the performance-oriented Sport and bigger Cruise.

The Sport comes with various wakeboard-and-chill-ready features and starts at $24,000. The Cruise is your family boat (or your big party trawler) with a BRP audio system and a swim platform, starting at MSRP $27,000.

All pricing includes a trailer from Sea-Doo. It’s already August on my lakeshore — if you want to score the world’s only jetski/pontoon hybrid for this season, you’d better punch the throttle. 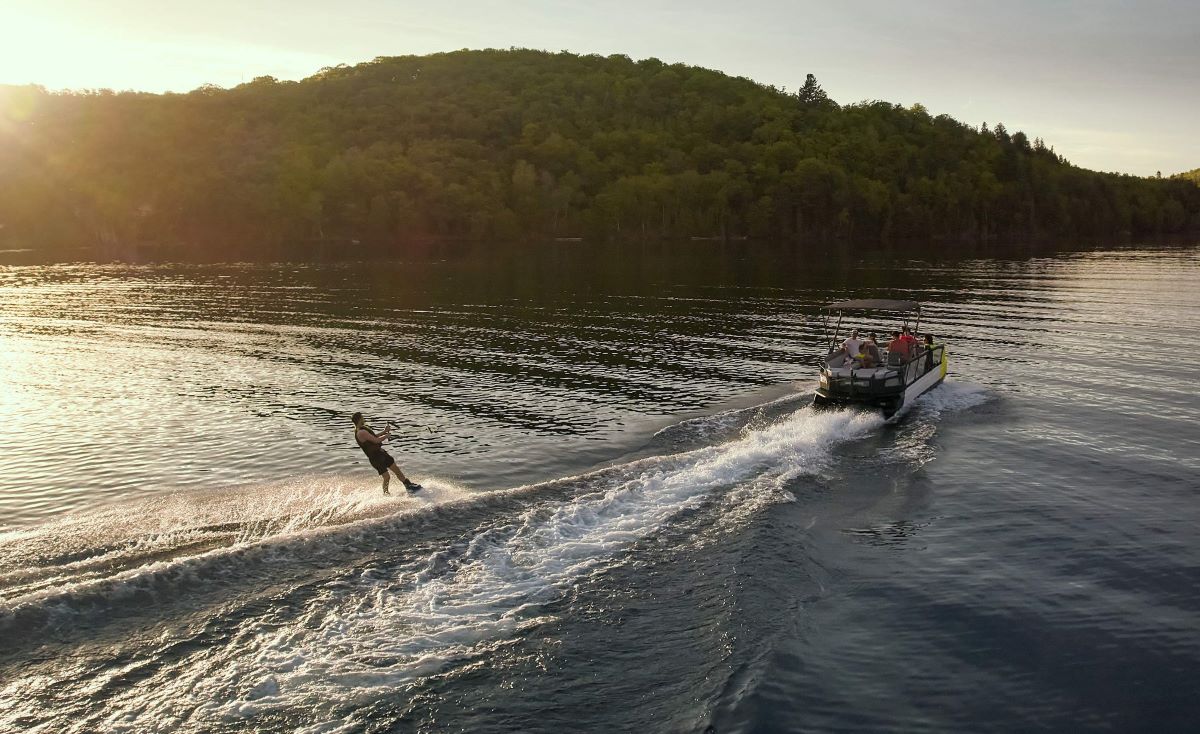 Up Next: Witness Gulf of Alaska Whitewater in Boat-Camp-Surf ‘Flowstate’ Episode