Lizzie Carr was the first person to standup paddleboard the length of England through its waterways. So 160 miles to clean up New York, starting next week, should be smooth sailing.

Part of her ongoing efforts to raise awareness for ocean pollution, Carr will paddle from Albany in upstate New York to Riverside Park in New York City. The avid SUPer and cancer survivor will take water samples every 10 kilometers. Those will be sent to Hudson River Park Trust for analysis while the whole mission is tracked by Plastic Patrol.

The SUPer has a short but successful history of this kind of work. After being diagnosed with stage-two cancer, Carr quit her day job and dove headlong into giving back to the environment. She used SUPing first as therapy, then as her platform to create a wave behind her eco-cause.

Carr was also the first female to solo paddleboard across the English Channel, from Rye Harbour to Boulogne in France. Every fourth mile, she took water samples to analyze microplastics in the channel. Her time — 24 miles in just 7 hours — was a secondary accomplishment to the global conversation she created about dirty waterways.

During her 22-day, 400-mile, country-long paddle, Carr helped “geo-locate” and plot 3,000 samples of plastic pollution. This led to the Plastic Patrol project, her U.K.-based initiative meant to tackle 80 percent of marine debris that comes from inland sources by stopping the problem at its source. She hosts cleanup events and invites the public to join her. 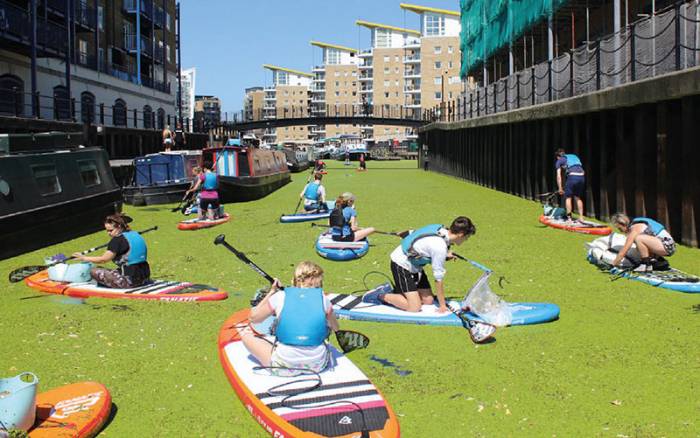 “I take people out on paddleboarding cleanups for free — the payment is litter picking,” Carr said. “So far, more than 700 people have joined me on the water and we’ve collected 80 [ton] bags of plastic rubbish, all intercepted before it reaches the oceans.”

To date, the Plastic Patrol app and its social platform have documented more than 150,000 examples of plastic geo-located from 18 countries around the world.

Plastic Patrol, APP Team Up in the US

U.K.-based Carr is bringing her initiative to the U.S. for the first time this month. Following the launch of Plastic Patrol, Carr has linked her cause with the Association of Paddlesurf Professionals (APP) World Tour.

Starting in Albany, she’ll paddle down to NYC for the Statue of Liberty race. The competition coincides with New York’s big City Paddle Festival, a three-day festival for everyone in the sport, from newbies to elites. 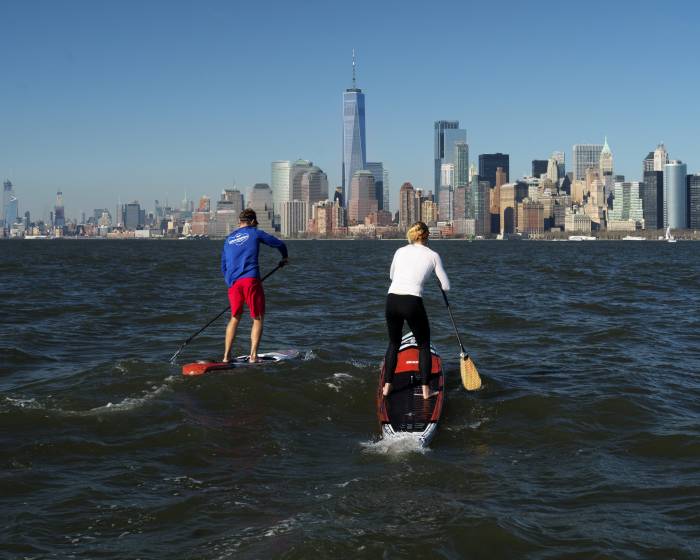 “It’s an adventure with purpose, and tying it in with the APP is a way of connecting the pro sport of SUP with the issue,” Carr said.

Carr has four pro SUP athletes joining her on her latest journey as well. Follow her U.S. cleanup kickoff, which leaves today, or get involved right here.