Not your traditional surf movie, ‘Wave of Change,’ a culture-focused travel documentary, shows one way to have a ‘low-tech surfing adventure’ and find surf bliss along the way.

Building your own shelter, growing your own food, traveling without a carbon footprint — all impressive feats on their own. But try doing it on a boat. That’s right, the crew of the “Nomade des Mers” lives, breathes, travels, and surfs as sustainably as possible.

“[This film is] an enthusiastic ode to simplicity that is both inspiring and arresting, to show that alternatives exist, in a world where technology remains omnipresent,” teased Picture Clothing producers.

In the film, professional surfer Damien Castera joins the crew of three onboard the “Nomade des Mers” — a catamaran sailing around the world in search of “low-tech adventure.”

What is low-tech, exactly? The crew thinks of it as adventures, innovations, and practices that are simple — and gear that can be easily repaired, food and products made locally, and more. Basically, live simply, live better. 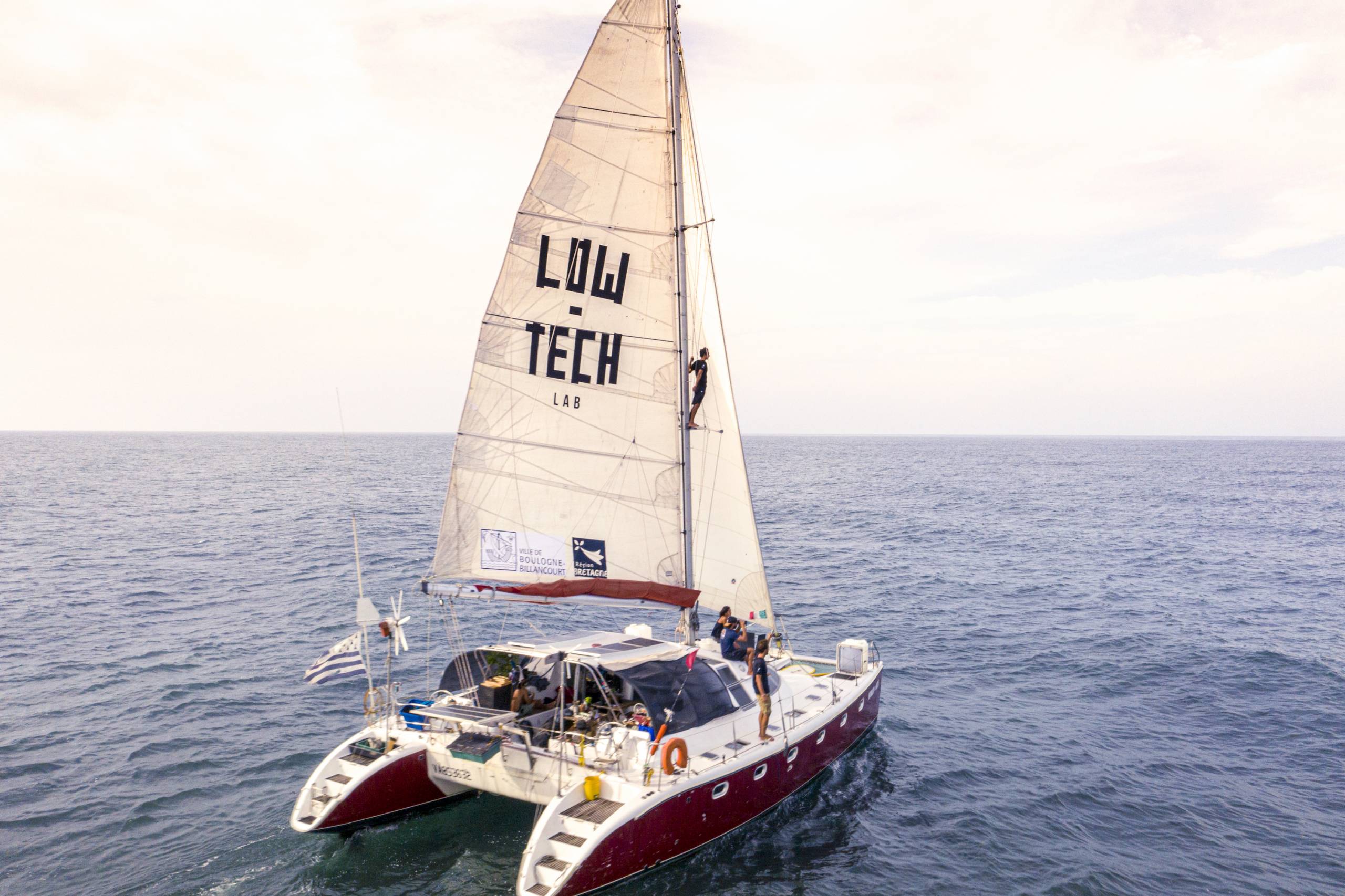 Living off the water instead of living off the land is a cool start. Not only is this crew and their expedition fully self-sufficient (they repair old boards with mycelium fungi and cook with a solar oven), the film was also made sustainably by an organic, B Corp brand.

“The only rule on board,” the crew wrote, “is to go with the flow of the waves and the wind.” And of course, surf whenever you can.

Biking, paragliding, climbing, hiking — friends Robin and Erik are cramming it all into one epic day. Watch how they did in the 'Everything Day' film. Read more…