If you do much cooking, indoors or out, chances are you have a cast iron skillet, and love it. But Field Skillet thinks its version is better. 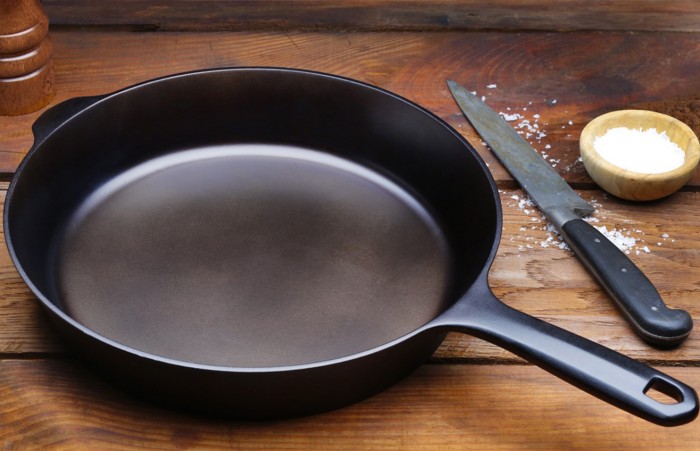 Clearly many people agree. The startup has raised more than $1.4 million on Kickstarter, and is still going strong. It claims to have built a better skillet, and the world is stomping a highway to the brand’s digital door.

If you haven’t experienced the joy of a perfectly seasoned cast iron skillet, well, it’s time to get on with it. Cast iron skillets are amazing, getting better with age so long as you DON’T WASH THEM WITH SOAP! Just let that seasoning build, scouring them with a little salt or maybe an abrasive pad when things get too crusty. 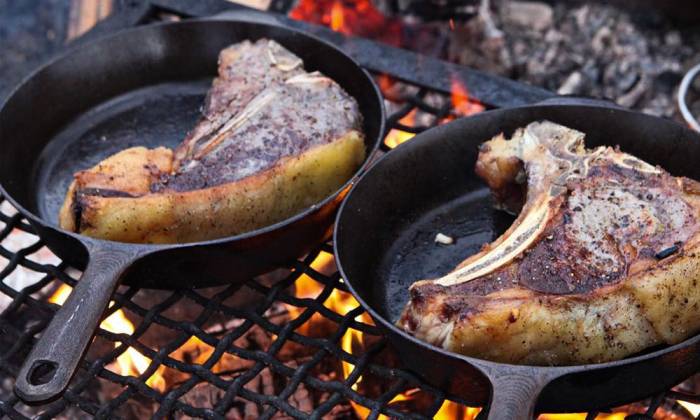 For car camping, they are perfect: Indestructible, campfire-worthy, even heating chunks of steel that can cook everything from bacon and eggs to steaks to biscuits to potatoes.

That same pan will work wonders in your kitchen. That’s where I use mine the most, just grabbing it when I head out the door to camp. Mine’s a $30 Emeril, and I love it. But…

The Field Skillet, according to the brand, is lighter than most skillets while still maintaining enough heft to retain heat, a trait that is prized in skillets for even cooking and fast searing. It also comes at a hefty price of $90 or more, and is made in the USA. 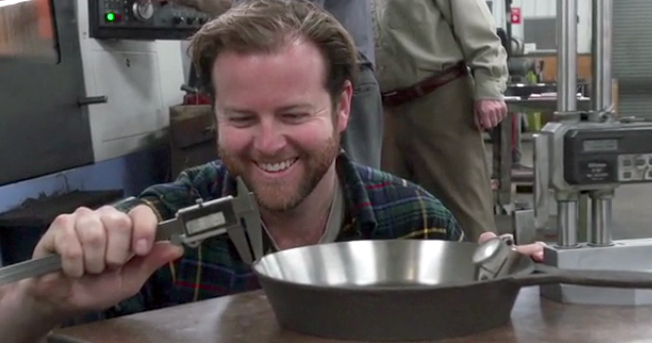 The brand says the Field Skillet is “lighter than a 13-inch MacBook Pro.” In the comments of their campaign, they say that their pan’s intended final production weight is 4.5 pounds.

My Emerilware skillet weighs 5 pounds, 3 ounces, so it’s a pound or so heavier. It also only costs about $30, and a similar Lodge costs about the same. Most good cast iron skillets come in between the $25 and $60 range.

Field Skillet claims its skillet out-performs others thanks to a smooth surface (compared with a rough “pebbled” surface found on many modern pans), the lighter weight, and small refinements to parts like the handle and shape of the rim.

It comes pre-seasoned, and according to the brand, will pass a fried egg test right out of the box.

We’re not sure the cast iron skillet really needed improving, but Field Skillet took a stab at it, working for two years to develop the perfect model. Many people are clearly excited to get one of their own, as four production runs are nearly sold out.

Learn more, and get your own, at Kickstarter or Fieldcompany.com.