It’s pitch dark at the edge of a forest, my headlamp too dim for the hike ahead. In need of light, I swipe a hand in the air to trigger a sensor, no contact required, and my headlamp jumps to life.

I’m testing a prototype piece of gear from Coleman. The 2016 product, called the Conquer 300 Li-Ion Headlamp, will eliminate the need to even touch the headlamp with your hand, trading manual adjustment for hand motions that control four LED levels and a red-light mode.

The Coleman Company Inc., a global brand with thousands of products and annual revenues above $1 billion, is in the midst of a corporate reset. Its massive catalog lists 8,000 SKUs, including more than 100 new items this year alone. As outdoor-gear brands go, Coleman is likely the world’s biggest.

For 2016, the company will release another 130 products, including the motion-activated headlamp and a 3,000-lumen LED lantern that looks like a mini satellite.

Over the past month, I interviewed Donahue as well as Mike Otterman, Coleman’s VP of global marketing and merchandising. With a crew of GearJunkie writers and testers, I also reviewed more than 20 new and to-be-released Coleman products on camping trips and excursions.

In short, major changes are coming. While Coleman is a large, common brand in the outdoors, its reputation is somewhat sullied as middle-of-the-road, regularly sold in big box stores. Anyone who’s followed the trajectory of the brand will notice the aesthetic upgrades and new technologies coming to market soon.

The change started in 2011, when Coleman brought on a new CEO, Robert Marcovitch, from K2 Sports. Then the company moved a bulk of its operations from Kansas to Colorado.

It hired an almost entirely new design team. Donahue said the company culture changed with the move from the Great Plains to the Rocky Mountains.

New energy and a corporate edict to modernize, aesthetically and technologically, drove new ideas like the motion-sensing headlamp. While not the first of its kind, it refined the concept and improves usability.

“We are refreshing the entire brand portfolio,” said Mike Otterman, the global marketing VP. “It started in 2014 with upgraded packaging, color, and an increasing speed to market for new products.”

Otterman said 2016 will see “just about every product getting a new look.”

Many Coleman products are already widely recognized whether the logo shows or not, including the company’s lanterns, coolers, drink jugs, canteens, and a dozen more iconic items that have existed for decades in a similar form.

The Coleman green motif exudes a “camping” vibe to many people who grew up lighting the brand’s lanterns and sleeping in wall tents.

Otterman believes Coleman can be an “emotional brand” for people who remember the gear growing up.

“Consumers talk about their experience before they talk about the product,” he said. “But when they start to talk product it’s ‘grandpa’s stove’ or his lantern,” which a lot of the time may have been a Coleman.

But 2016 will be less about looking backward. Otterman notes a focus on “premium innovation,” including flashlights with a battery lock-out feature, tents with fabric that blocks sunlight, and an inflatable bed with an “exoskeleton” frame.

Durability is also a priority, Otterman said, noting a company-wide goal to make products more rugged. Some items, including lanterns, are put through a two-meter drop test, the first time the company has demanded such resilience for gear with electronics and opaque cases that house lights.

This could be good news for consumers who’ve noted hit-or-miss quality from Coleman in the past. Ultimately, the proof will be in the usability of the products released, which will certainly be scrutinized under a new lens during the re-branding.

Many of Coleman’s products are made in Asia. But its domestic manufacturing is significant, and the company is making a push to “re-shore” more of its manufacturing to the U.S.

The company has three domestic plants and employs about 1,000 people who make gear. The facilities, in Minnesota, Texas, and Kansas, produce about 13,000,000 units per year in full, including Esky brand coolers, Stearns life jackets, Coleman fuel stoves, and lanterns. 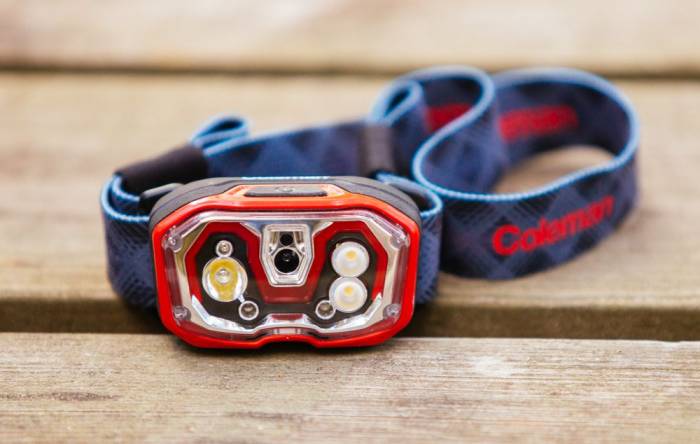 Emily Donahue spoke of a “startup mentality” in her Colorado office, where a team of 40 people designs gear.

“It’s like a ‘billion-dollar startup’ brand,” she said, referring to the new staff, which skews young and active, hungry to innovate at a brand that’s been around more than 100 years.

Donahue added, “Coleman has a history of supporting and backing fresh perspective when it comes to designing and making gear.” After a month testing products in the upcoming 2016 line, that observation rings true.

She continued, “Coleman is your ‘grandfather’s company’ to many people, with old lanterns and stoves. But that is dwindling off, and we’re trying to get people excited again.”