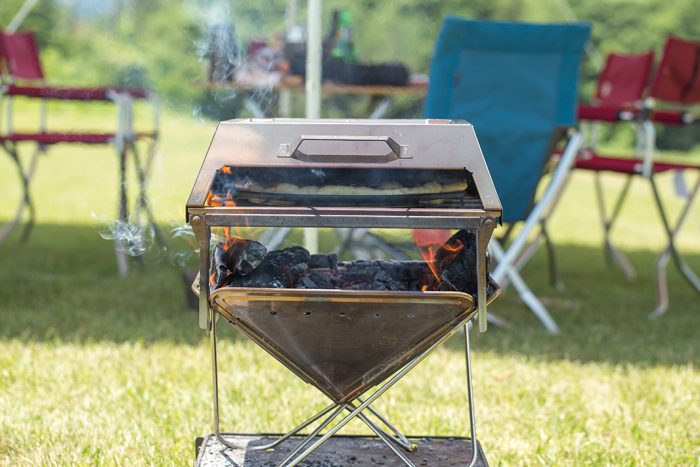 The smell of cheese, bread, and tomato sauce wafted into the air and through the doors of the GearJunkie office. We were testing the Field Oven from Snow Peak, a camping oven designed to cook and bake foods in temperatures upward of 500-degrees Celsius.

The design is simple. Pile coals into the reservoir, place the oven on top, and slide in the ‘za. Six to 10 minutes later, pull ‘er out and start eating.

Snow Peak utilizes the brand’s existing Pack & Carry Fireplace, and adds this attachment on top to act as an oven. Although heated by fire, it performs much like a kitchen oven. 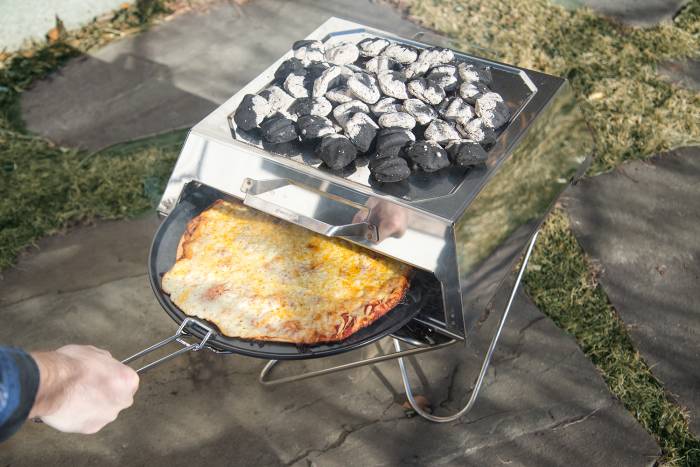 The first thing we noticed: This oven gets hot. I poured in coals on a windy afternoon expecting to need a lot of heat. The result was a completely charred underside of the first pizza (don’t worry, the cheese was salvaged and oh-so yummy).

We took out some coals, let the oven cool a bit, and tried another pizza. The second result was much more successful, baking the pizza in roughly six minutes. We tested the oven with both raw and cooked dough, and it worked adequately with both.

For a broiler-like setting, the top of the oven is slightly concave to hold coals on top. It provides even heat from all sides and would work well for browning the top of oven bakes, or forming crusts on the top of your meals.

To assemble the Field Oven, unfold the fireplace, set the grill bridge on that, and the field oven on top of the grill bridge. It’s a three-part contraption. This leaves a small, 5-inch gap between the food and heat source. 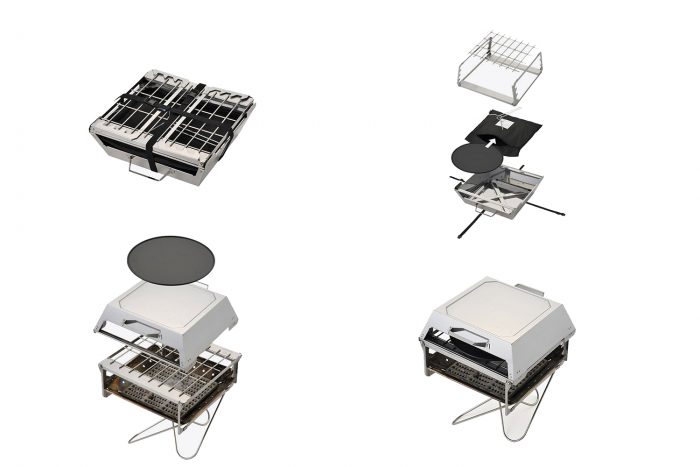 At $465, this oven is downright expensive. There are a lot cheaper ways to cook pizza outside. A pizza stone inside most any grill will deliver good results. Or cook thin flatbreads with pizza toppings in a simple pan over the fire. Cheaper, effective options are readily available.

But for the executive chef who wants the genuine article in the outdoors, and might have some baking projects, the oven gets the job done well.

The oven is available at a number of retailers across the US that house Snow Peak gear. Otherwise, all of the brand’s products are available on its website. The oven will be available later this year.

Up Next: Minimalist Camp Gives Outward Bound A New Look