Home » Camping » Campgrounds Vs. Festivals: Who Roughs It Best?

Depending whether you’re skipping rocks along Lake Superior or spinning a glowing rave hula hoop at Burning Man, you might have very different ideas of what it means to camp. Having witnessed the four-day Bonnaroo music festival in Tennessee last week, and also being an avid camper in the traditional sense, I have noticed the intricacies of both. 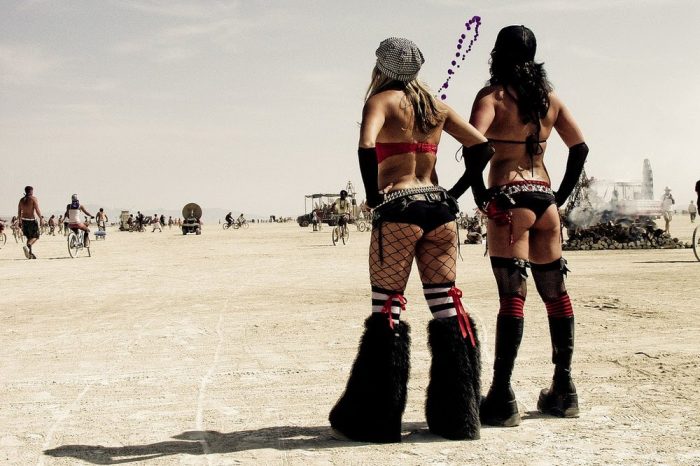 When posed head-to-head, our “Campers Report Card” might surprise you.

Campgrounds (and the backcountry) are a more purist realm of the outdoors, with folks mostly there for the peace and calm of nature. Festival goers, on the other hand, embrace a raucous, ‘if you need it, it will fall from the sky’ camping mentality – plus go-go boots. More on this later.

It might seem obvious who the award for better camper goes to, but it’s not that simple. Here’s a rundown of where each ‘camp’ excels: 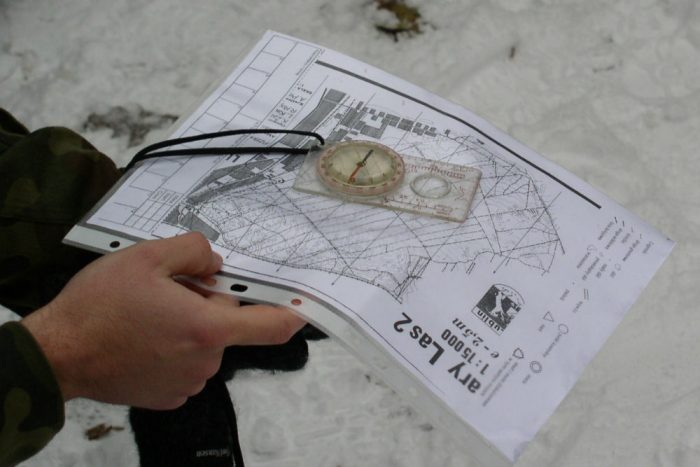 Camping in the quiet outdoors has granted mankind remarkable abilities in navigation – from following the constellations to discovering Earth’s magnetic poles. Rugged campers are rarely without an idea which way they need to go to get home.

Festival campers do not qualify for a letter grade in this subject. Anyone who has encountered a tanned hippie with blond dreadlocks wearing parachute pants and a bandoleer made out of Beanie Babies can attest that, though they have no idea where they are, they somehow never actually seem lost. This means that while they get no credit for knowing how to get from point A to point B, they none the less earn points for somehow arriving at their destination.

Campers get a solid, if not exceptional passing grade for their stamina. They can rough it in the wilds, but all too often camping trips will be canceled or cut short if the weather looks too extreme for the duration. More often than not, a rugged camper will endure, but packing up the Subaru and making tracks to an air-conditioned coffee shop is too common a cheat to score higher marks.

Like cockroaches, it is nigh impossible to drive away hippies. It doesn’t matter if it’s pouring rain, pelting hail, or beating down with 100-degree heat and thick humidity, festival campers will stay put for days – seemingly unaware that civilization is an option – just to get the best spot for Pearl Jam. 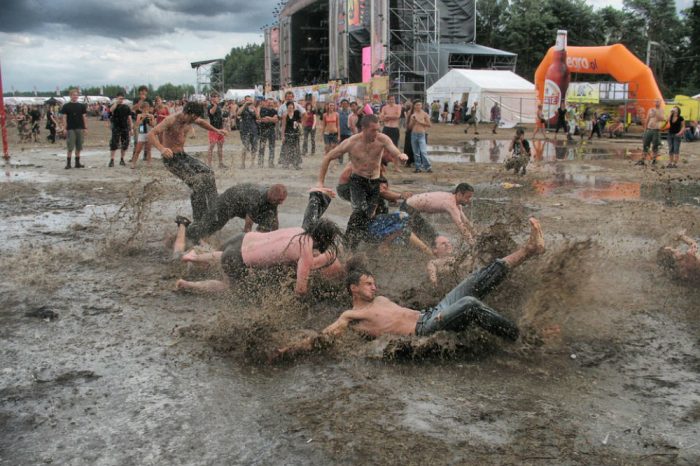 No question, every camper worth her or his salt is equipped for the most likely situations, and a good number of the least likely ones as well. Poncho, waterproof matches, sunscreen, bug spray, extra water – all of the above. Rugged campers are nothing if not prepared.

Quick, name three things you will never see at a music festival. Try soap, discretion, and an umbrella. Festival campers don’t outright fail this subject, because as noted above, they don’t seem to care about not having the basic necessities for life in the wild. But can you blame them? There’s no room to pack a poncho next to 47 boxes of patchouli, nine gallons of body paint, and a glow-in-the-dark adult onesie.

Preparedness is half the battle. It is crucial to know what is happening around you to maximize your chances of survival. Campers know this, and generally have a rock solid idea of their environs. With the exception of the occasional bear, snake, or 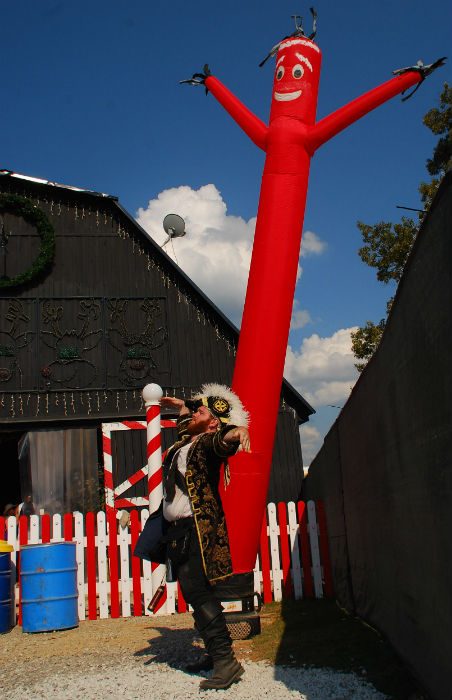 Once again, festival campers squeak by, but still pass. Ninety-nine percent of the time, people at a music festival have little or no idea what is going on. Take this
guy on the right – apparently he is unaware that it is literally 102 degrees, he is not at sea, and the giant flailing arm guy is not in fact challenging him to a dance-off. That said, festival goers always know when the band hits the stage, and they always find their way there. Bizarre. 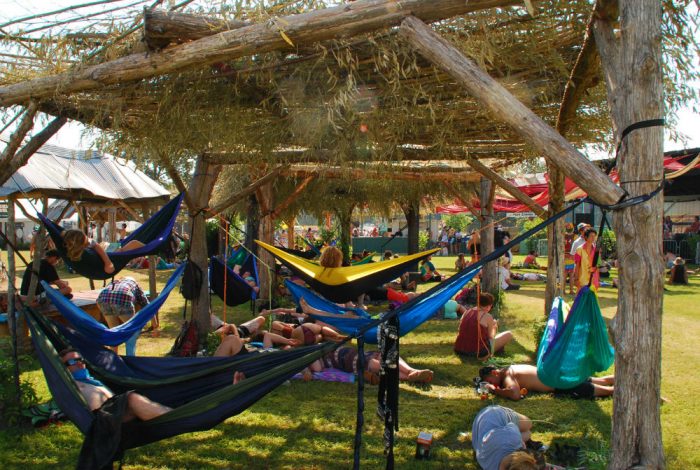 Campers are solid when it comes to lounging in a tree hammock. They are typically well equipped, ready to go, and have minimal hassle finding the appropriate spot to set up. The only snag is the load – full suspension can be delayed by ensuring proper tiedowns, securing the rain fly, and worrying over the bug net.

Seriously, I have never seen a group of people embrace a single invention with so much zeal since humans caught wind of the wheel. Festival campers waste no time with rain covers or bug protection – they hardly care if there’s even a tight knot at the end of their hammock. Somehow, this contingent has mastered the art of slinging a hammock damn near anywhere and whiling away days on end without getting out. Masterful!

Glamping has hit the camping scene in earnest of late, to mixed reactions from outdoor enthusiasts. Some partake of the odd glamp session here or there, while others eschew it altogether. Among rugged campers, glamping ranges from an air mattress and E-Z up shade tent, to full blown ski lodge mansions. Because of their reluctance to embrace the trend and lack of creativity, rugged campers receive mediocre marks. 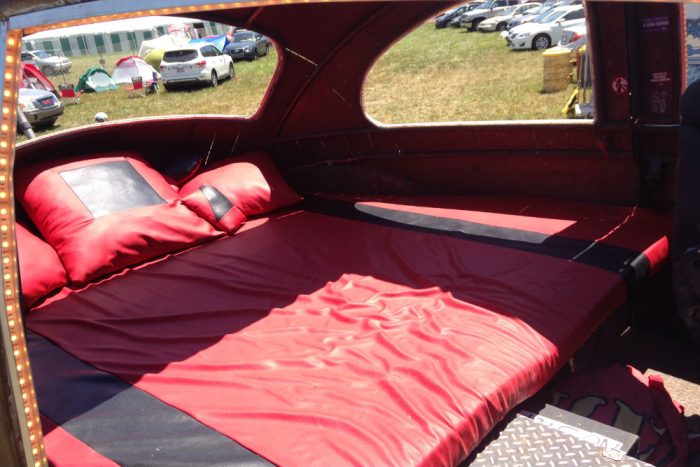 You’re probably asking yourself if that picture above is a giant VW Beetle and mobile rave party camper. Why yes, yes it is. “Big Red” is just one example of how festival campers excel in the world of glamping. Inside that metal monstrosity is a sweet sleep setup, sunroof, and a dazzling array of over 10,000 LED lights that announce to every passerby: to heck with secondary education, look what I made – LET’S PARTY! 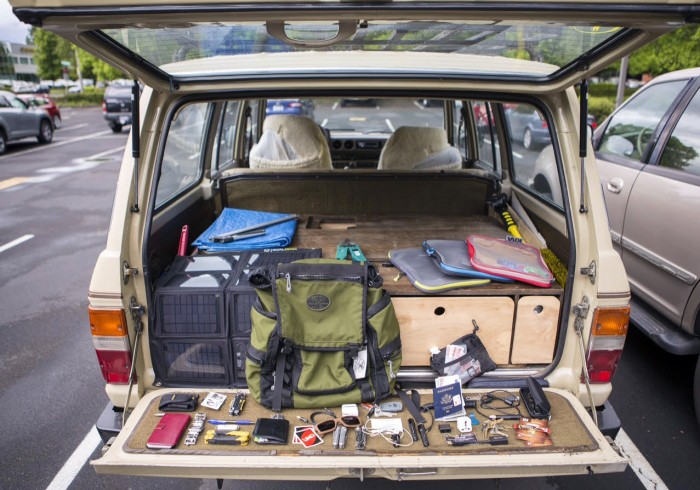 No question, campers have it down. Not only have rugged campers perfected the list of necessities – from rain fly to sleeping pads, antihistamines to travel mugs – they have also evolved to pack it all into smaller and lighter loads. Top of the class!

Fire dancing supplies and gogo boots are not sufficient for a camping trip. Why multiple sets of each would be required is not only beyond reason, it’s downright irresponsible! C’mon hippies, at least bring your own snacks – you can’t have any more of my trail mix! 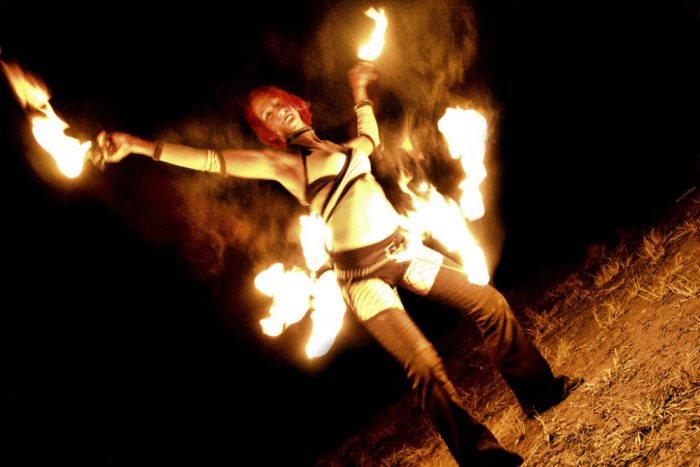 Solid grade, nothing spectacular. Rugged campers vary in their level of fire-starting abilities; some need little more than a damp match and a five o’clock shadow, others require a long-necked lighter and some boy scout juice. They get a pass for generally having the concept down, with only the occasional flameless smoke out.

It’s inexplicable. Whatever else you might say about festival campers, if there’s one thing they always have, it’s fire. Well, two things if you count the stuff they’re usually lighting with the fire, but I digress. No matter what the situation or the materials at hand, nearly everybody at a festival can start a fire on the spot – most of them can twirl it around their head and swallow it, too! 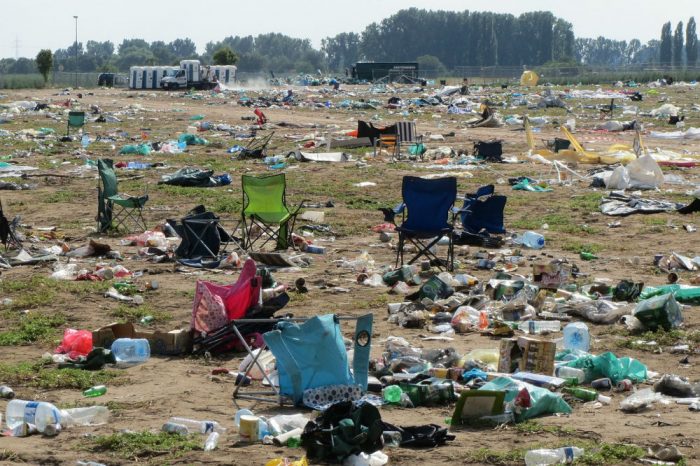 Perhaps the most important criteria of all for a solid camper is their ability to pack it out and remain as clean as possible – both in their space and on their person. Rare is the camper who will leave behind food wrappers or depart a campsite in worse shape than how they found it. The occasional funk might pervade after an extended trip, but most real campers will find a lake or river and keep themselves generally fly-free.

Festivals: Incomplete / Did Not Attend

It’s not so much that cleanliness isn’t something festival campers do well, it’s that it doesn’t seem to coincide with their existence in any observable way. Tracking festival hippies is about as difficult as following a garbage truck with a hole in the bottom on a hot day – lost anklets, abandoned flip-flops, muddy footprints, and a trail of Luna bar wrappers usually follow in the wake of festival goers. For this reason alone, festival campers have much to learn from their rugged camping counterparts.

Up Next: Which Tool Should I Choose To Cut Wood?

Saving…
Which Tool Should I Choose To Cut Wood?
Essential Survival: How To Avoid Bears
×