It’s the size and shape of a large notebook computer and brighter than most of my camping lanterns. The sidewalls are plastic, hollow orange chambers that make it float. 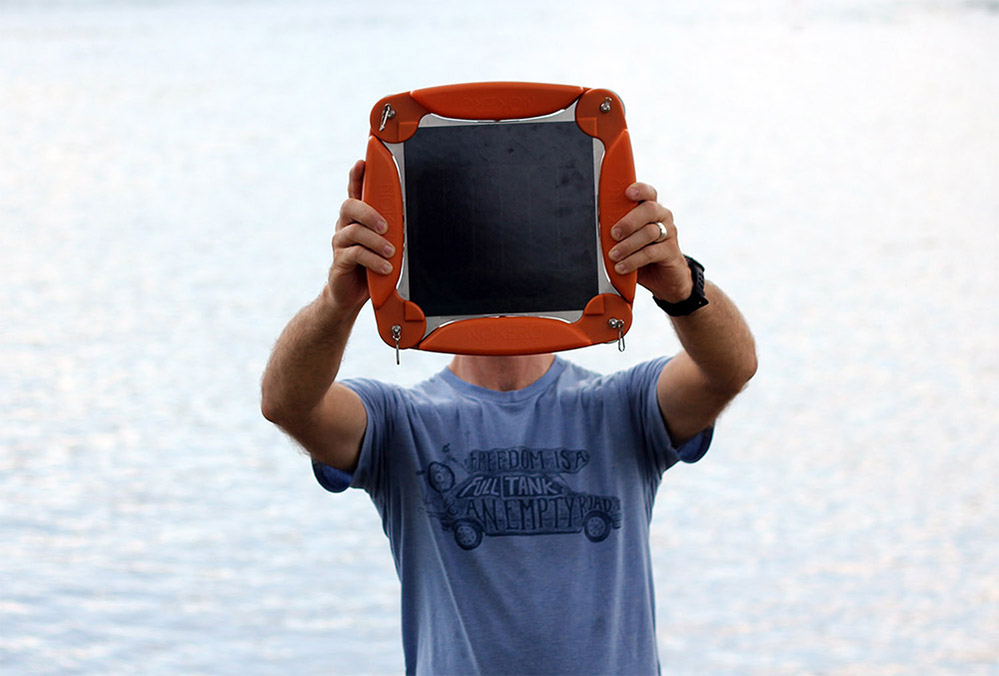 The W100 Solar Work Light is among the stranger products I have tested this year. It’s made by a Denver company, Nokero, which says 1 million of its various lights have been distributed in more than 120 countries across the globe.

My orange test unit, which costs about $180, was created for night fishermen in the developing world. This year, Nokero is looking to gain a toehold in the camping market.

At 4.5 pounds and with a single function — to light up a large area — the Work Light is a niche product for outdoors use.

It has a solar panel on back, and each day after a charge-up in the sun the LEDs on the flip side will blaze with clean, white light for hours. 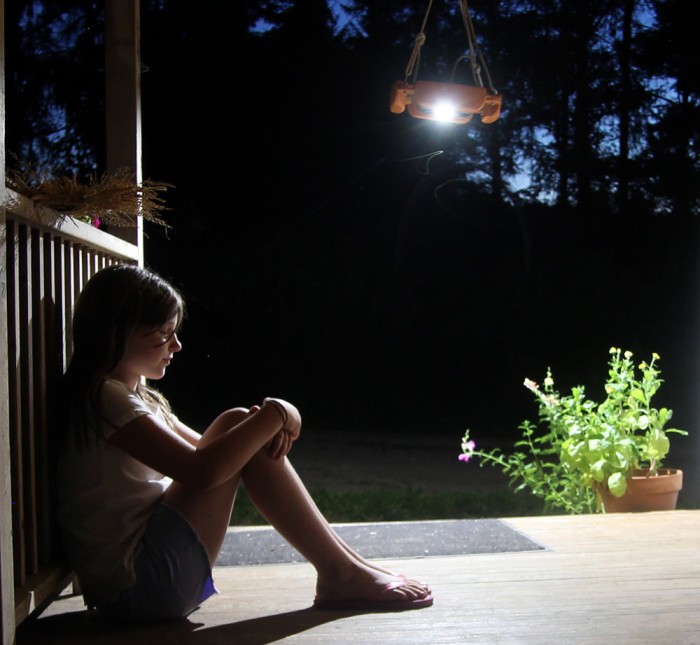 I tested it over a month camping and toying around in dark corners of my yard. The product pumps 300 lumens from a metal dome, which is more than enough illumination when mounted overhead to read, cook, and perform any task.

Indeed, the company sells the light as a stand-in for medical clinics that are off the grid. Another use: Its utilitarian form factor, including threaded attachment points at each corner, make it mountable outdoors permanently like a street lamp in public spaces.

During the day, the lithium iron phosphate battery recharges via the solar panel. It then automatically turns on at dark, a sensor on the unit keeping the LEDs off to save on battery life when the sun is up.

I charged it outdoors in the July heat for half a day to get the internal battery to full. It then worked as a reliable white light switchable between three modes of brightness all night.

The big, orange sidewalls serve as bumpers and protect the light if dropped. It is waterproof and made to be left outdoors in all weather.

The company gives a two-year warranty but says the internal battery will last under continual use for five years.

Nokero takes its name from an abbreviation of the words “no kerosene,” and that refers to its goal of replacing the gas-burning lamps in the developing world with solar and LED alternatives.

It’s a noble cause, and I wish the company success with the Work Light, which it states is as bright as 30 kerosene lamps.

But for the average car camper, the product is overkill. At $180, the price is high, and there are numerous lanterns and outdoor lighting products that are cheaper or smaller to do the job.

That said, its solar-charging feature could be a boon for anyone seeking a self-perpetuating source of light. Look at Nokero if you’re in need of bright light usable night after night far away from it all.

Up Next: Camping Hammocks, Bike The 14ers, Tool Bracelet: GearJunkie Week In Review