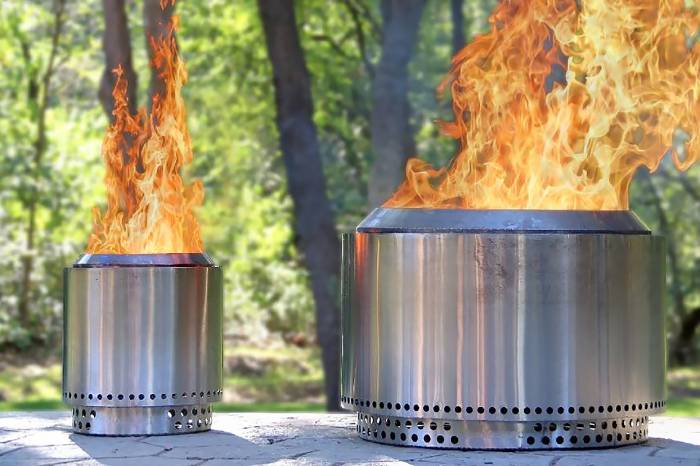 The Solo Stove Ranger and Yukon

The smokeless fire pit we loved reboots with both jumbo and more portable models. And the response has been huge.

We first came across Solo Stove in 2014 when we tested the Texas brand’s “smoke-free” cookstove. It was a bold claim for a wood-burning device, but we verified the design principle, known as secondary combustion, worked as advertised.

Soon after, the brand expanded — literally — into smoke-free fire pits. Again, we were impressed. And by then, outdoor enthusiasts had caught on too, pledging more than $1 million to the Solo Stove Bonfire campaign. 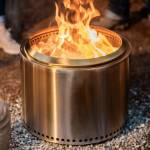 But as impressive as that sounds, Solo Stove is on track to destroy that mark with its latest offerings. Launched this week, the Solo Stove Yukon and Ranger campaign already crushed its $20,000 funding goal, amassing over $150,000 in support in the first day!

What’s all the fuss about? Check it out.

First off, the brand has gone big. The upcoming Yukon stove virtually dwarfs the Bonfire by nearly 1 foot in diameter. The Yukon measures 30 inches across (compared to Bonfire’s 19.5 inches), stands 16 inches tall, and weighs an impressive 45 pounds.

Needless to say, it’s not for taking on regular camping trips. But the brand built it to “be left in one place as a stationary fire pit,” suggesting buyers leave it in their backyard, at the cabin, or on the ranch. With its size, Solo Stove claims the Yukon provides a heat radius of up to 8 feet.

Beyond its size, though, this is a near-identical stove. It uses the same 304 stainless steel construction and double-wall airflow system to prevent smoke-outs.

Going big makes some people happy. But Solo Stove also launched a smaller fire pit to complement the original Bonfire. The Ranger measures 15 inches across, stands 12.5 inches tall, and weighs in at a manageable 15 pounds.

According to the brand, this makes it a fit for campers, tailgaters, RVers, and anyone else who needs to bring the fire pit with them. While it’s more portable than its siblings, it also packs a little less punch, radiating heat up to 4 feet from its center.

While the brand hasn’t published an expected retail price, the options will probably bracket the Bonfire‘s $300 price tag. But the good news is there are loads of early bird discounts to grab a Yukon, Ranger, or both on the Kickstarter. And buy-ins start at under $200! We’ve reviewed the tech and love it, so this looks like a Kickstarter you may want to hop on quick.