A new type of light promises to illuminate your adventures like nothing before. Meet Ra, the “strap light” that cranks out big lumens and can be mounted in many ways. 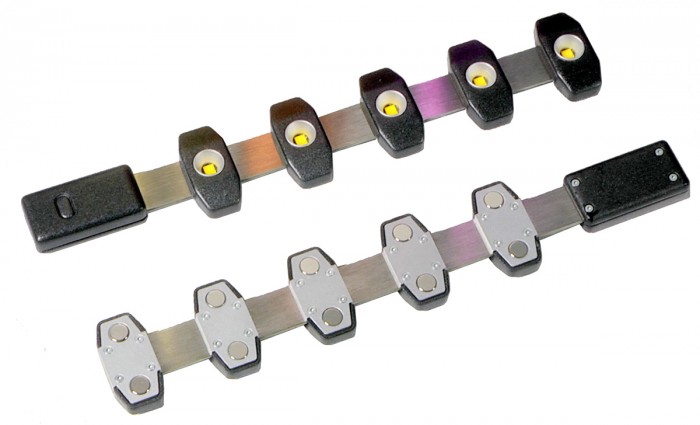 Made by startup Zyntony, the Ra is fundamentally a flexible spring steel strip loaded with powerful LEDs.

The five LEDs in unison emit from 50 to a hefty 800 lumens — enough for a fast singletrack bike ride in the dark of night. The Cree brand LEDs emit a warm light color that’s closer to daylight tone than many LEDs. It is easier on the eyes and provides good color rendering. 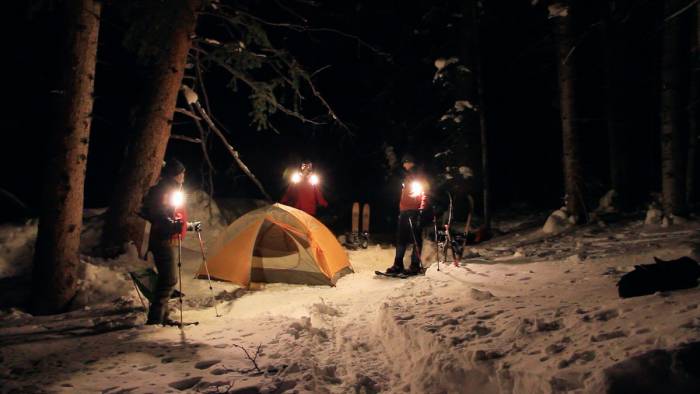 The back of the strip is embedded with 10 rare earth magnets so it can be attached to ferrous objects. To mount it on non-ferrous objects, an optional backer strip can be used to sandwich the light over cloth or other things a magnet won’t stick to.

It also works with a strap system to attach in many places with a little creativity.

Why would you want a strip of lights instead of a single beam like on most flashlights or headlamps?

The answer, the company claims, is better depth perception compared with using a headlamp or flashlight. When a wider light source is used, harsh shadows associated with a single-point light are softened.

Having run many miles at night, I’ve found that using a headlamp in conjunction with a flashlight offers some of the same advantages, and it seems like the Ra may be onto something.

Ra uses proprietary batteries connected with a USB cord to the strip to power the unit. It offers four different batteries. The smallest (I) can run the Ra at 800 lumens for 3.5 hours and at 50 lumens for 63 hours, according to the brand. 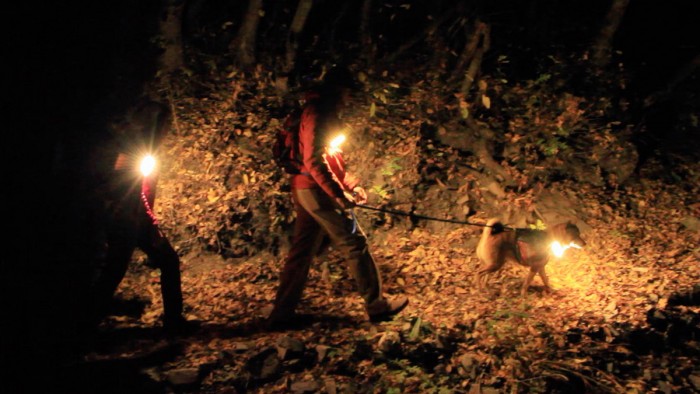 Due to the fact that the Ra is still in a prototype phase, weights haven’t been finalized. The brand says the prototypes weigh 2 ounces and that the final product should be around 2.5 ounces.

That weight is without the battery packs. (The battery packs weigh between 4 and 17 ounces.) Obviously, this isn’t a great choice for ultra-light hikers, but at least with the smaller battery packs, the weight is not a huge obstacle for some outdoor endeavors where lighting takes precedence over light weight.

The brand hasn’t released size specs, but judging from photos, it looks to be about six inches long.

For now, the Ra is available on Kickstarter only. It sells there starting at $68 for a single Ra and single, level I power pack.

Bumping up to three Ra strips and a more powerful level III power pack brings the price to $159. A single Ra strip sells for $35 without a battery pack. Battery packs are also available separately.

It’s been well received, raising $45,000 in a couple weeks. The fundraising period will last until March, with backers receiving products in June. We expect to see these on the shelves in a year or two as it’s a unique lighting solution that should find great uses in both the outdoors and industrial realms.

Up Next: Candle Power: LED Lantern Runs On Flame