Before year-end, iKamper will release the X-Cover, touted by the brand as the world’s first ‘coverless’ four-person rooftop tent with an integrated gear rack. 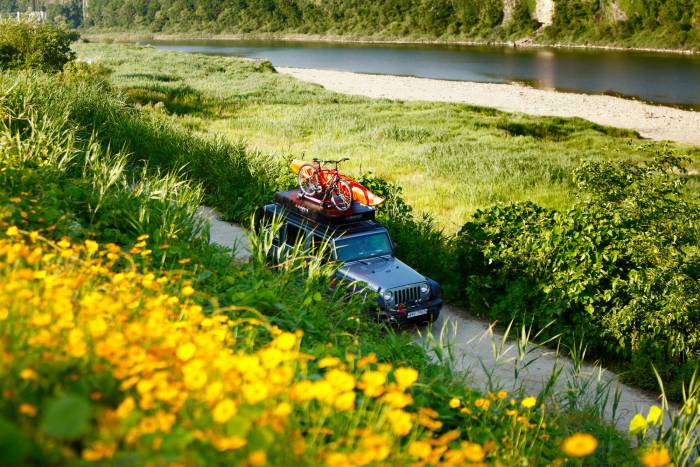 iKamper came to market last year with the four-person Skycamp, the most successful tent project in Kickstarter history. The X-Cover will debut the same way, with preordering through the platform by the end of 2018.

The self-contained X-Cover has all the stuff travelers liked about the Skycamp — sleek look, sturdy yet lightweight design, instant pop-up feature, and a king-sized bed.

But it’s a new inverted platform design, which creates a solid space for a top-loading gear rack, that makes iKamper’s X-Cover so sexy. Oh, and that “coverless” feature is nice, too. No more rooftop wrestling sessions between you and your soft-side tent. This one just zips around itself.

In short, the X-Cover is pretty seamless. You get the benefits of a family-friendly packed hardshell with an integrated rack system at a lower price than the original Skycamp.

Watch this video to see how it works.

Just like the Skycamp, X-Cover can sleep four people, a couple of whom should be pretty small. But instead of a hard clamshell opening to create an angular wall on the tent, the X-Cover is all fabric.

The tent’s platform does the heavy lifting. It’s the same solid floor structure as the Skycamp — lightweight aluminum panels with a honeycomb design that adds stability. The brand drove an1.8-ton jeep over the base material without a dent.

That sounds like a hard place to snooze, but it’s this elevated sleeping platform that ex-ground tent campers seem to appreciate most in iKamper products.

Tent Base Also a Gear Rack 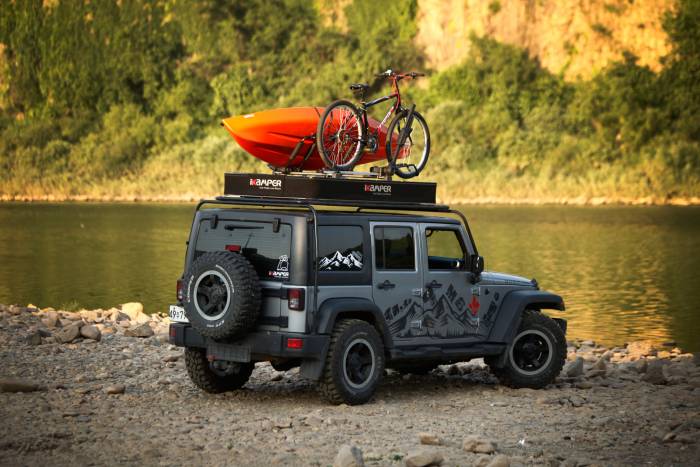 But that’s not the platform’s only purpose in the X-Cover. When retracted for driving mode, the flat top holds a full rack system for bikes, kayaks, surfboards, and whatever use you want to get on there. The X-Cover system comes with two built-in crossbars, but you have to purchase racks separately.

While the platform top is still low profile it doesn’t look quite as sleek as the Skycamp’s molded aerodynamic shell. But that’s not the point here. The point is getting rack space in addition to a four-person rooftop tent on your car or truck.

Built-in Zipper, But No Cover 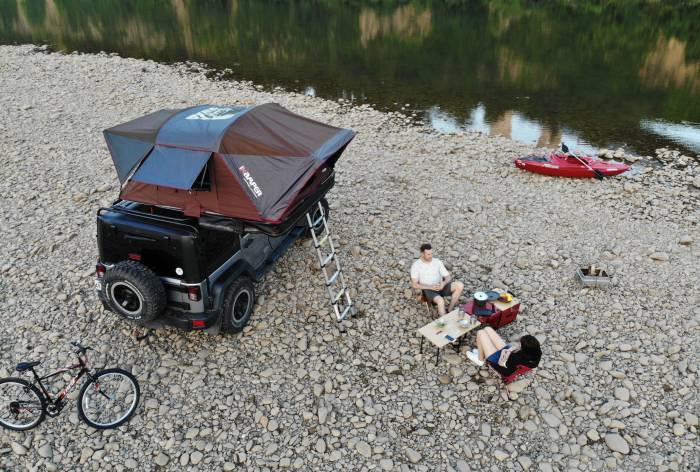 Also new are pop-out awnings on the windows and a zippered closing system to contain the poly-cotton canvas tent in its closed state under the platform. That’s right, no bag. It’s one of the things that overlanders hate most about soft-sided rooftop tents — trying to harness a large separate bag around the compacted tent, especially in a downpour or mud fest.

The X-Cover is so new that the brand won’t even confirm the exact price. Nathan Hendrix, who handles global operations for iKamper, said the X-Cover ceiling is $3,000. And Kickstarter pre-orders will be significantly cheaper.

Even at full retail, the X-Cover is about $600 less than the hardshell iKamper Skycamp, which is going up in price next year due to some fresh features.

That seems like a decent deal for a lightweight, coverless four-person RTT with integrated crossbars. And while the racks cost extra, it looks like a suite of adventure-friendly features RTT campers crave.

Up Next: Outdoor Retailer Overlanding: 2018 Tools for All-Terrain Adventure