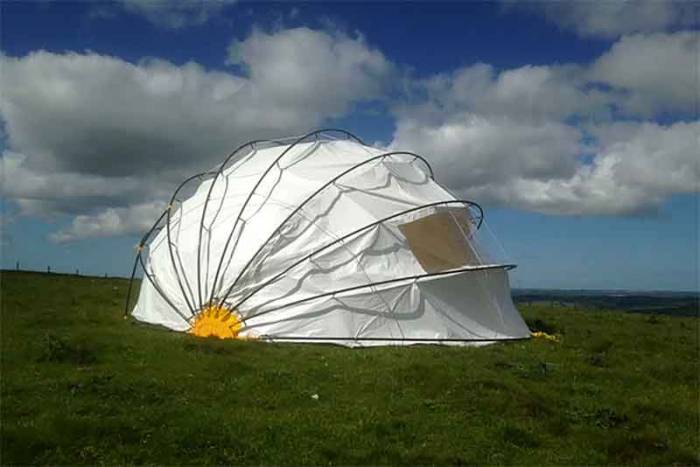 [leadin]Well, this thing is pretty funky. The “Mollusc” is a tent that opens and closes like a clamshell, no zippers required.[/leadin] 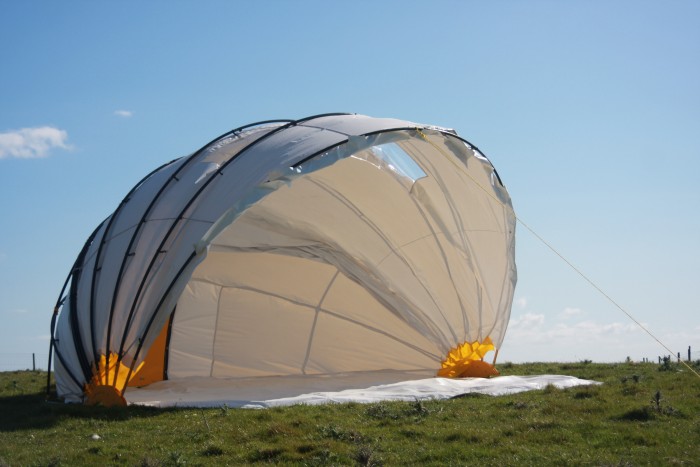 And who wouldn’t like to sleep in a giant clam shell? The concept is sweet, simply a tent that opens and closes by rotating off a pivot point. Seems straightforward.

Two models are available, a Standard and Nano. I’ll cut right to the chase: the Nano is the only model worth looking into for anyone who doesn’t plan to live in the thing or use it as a giant Airbnb type rental.

I’ll include some details about it at the end, but let’s just say it weighs 500 pounds. Both are raising funds on Kickstarter now.

The Nano is the model you could possibly use for camping. It weighs a hefty 50 pounds and sleeps three adults, so don’t plan on dragging it into the woods too far.

Like the big brother, this one will open and close like a clamshell. That’s really the big selling point, and while it’s neat, I’m not sure its $2,700 neat — yes, that’s the price. Ouch.

Why so expensive? The Mollusc Nano (and gigantic Standard model, below) are made of some hefty materials like a PVC groundsheet and 1665 aluminum hubs to hold poles. It’s also manufactured by hand in Wales, which is apparently not cheap.

That too heavy a hit for you? You can get the plans to build one of your own for $200 on the Kickstarter page. For a DIY project, this one seems interesting, but also pretty time consuming given you could just go down to REI and pick up a 3-person tent for about the same price as these plans.

Before we get too far into this guy, I want to call out that you can’t even buy the full-size version. Instead, for about $300, the company will email you the plans. You provide the rest, including a drill press, welder, sewing machine and — just a guess here — a lot of blood, sweat, and tears. 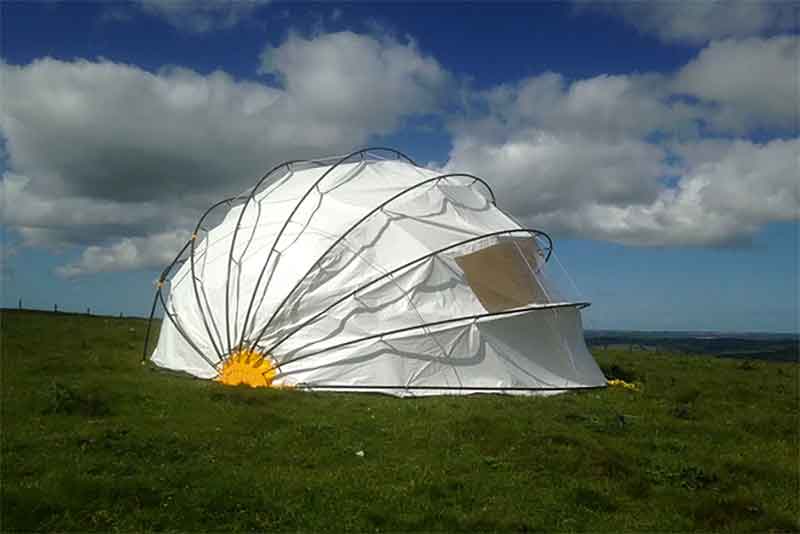 However, for the DIYer, this is a master project, a proof of concept and probably the last thing you’ll attempt before building a full size house from the ground up. 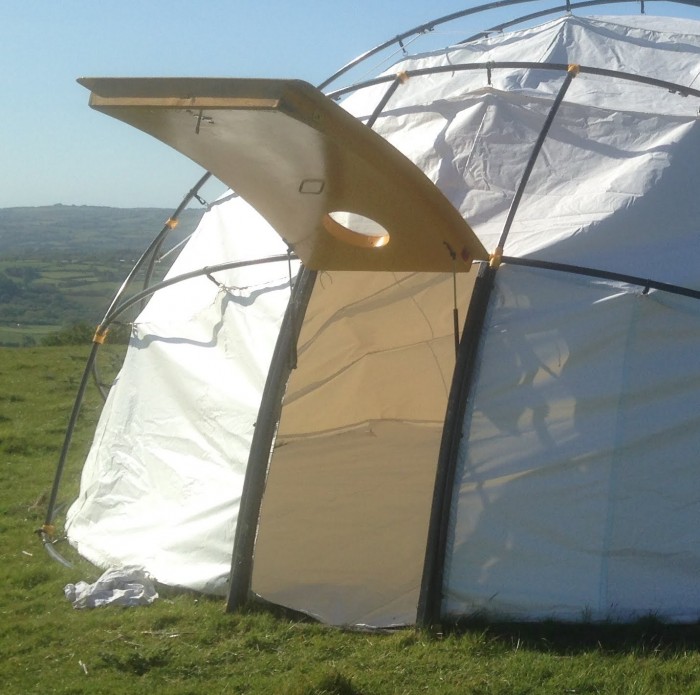 The full size “standard” model weighs — wait for it — 225 KILOGRAMS! That’s 496 pounds. I hate to admit it, but I cannot lift that much. Shoot, I can probably lift a third of that much to lug around a campsite, but it wouldn’t be fun or easy.

The standard model is a behemoth at nine feet tall and with an 18-foot diameter. That’s one big clam shell. Big enough to swallow you and a half dozen friends for a spacious night sleep.

–For more information, check out the brand’s Kickstarter campaign.