Take a deep breath. Now, purse your lips and exhale into the gaping ‘valve’ a few inches in front of your face. The magic is about to begin. 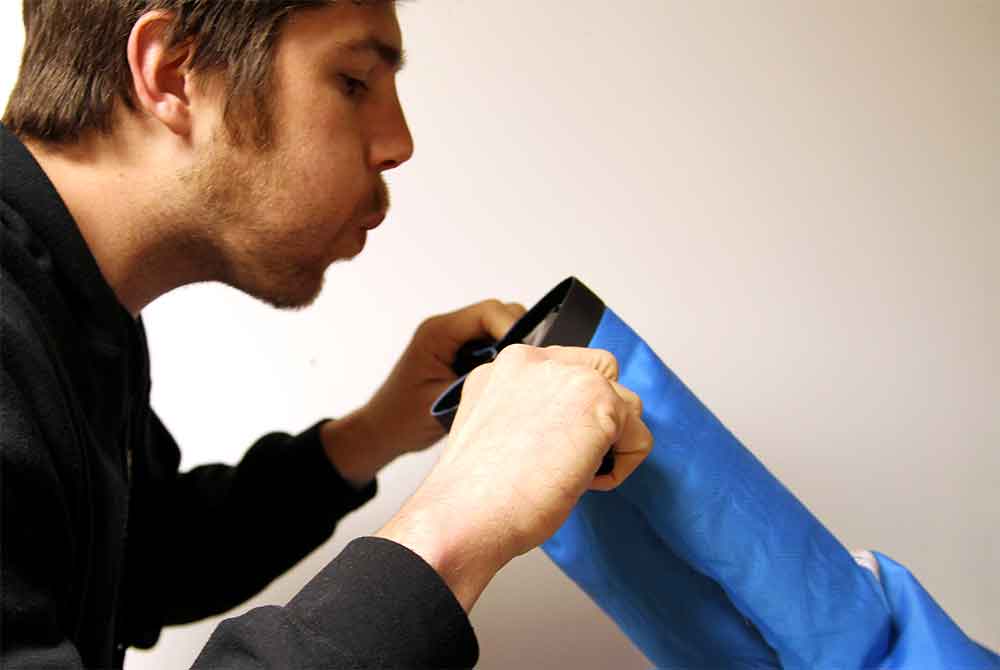 A new line of insulated camping mattresses from Therm-a-Rest seems to defy the laws of physics. A few breaths directed into the open mouth of the company’s just-released SpeedValve will inflate an air mattress in seconds.

Normally, a mattress of this size would require dozens of short breaths forced in through a small valve. Or, with foam-filled air pads, you can open a valve and let air slowly “seep” in over several minutes before topping it off to full pressure with your lungs. 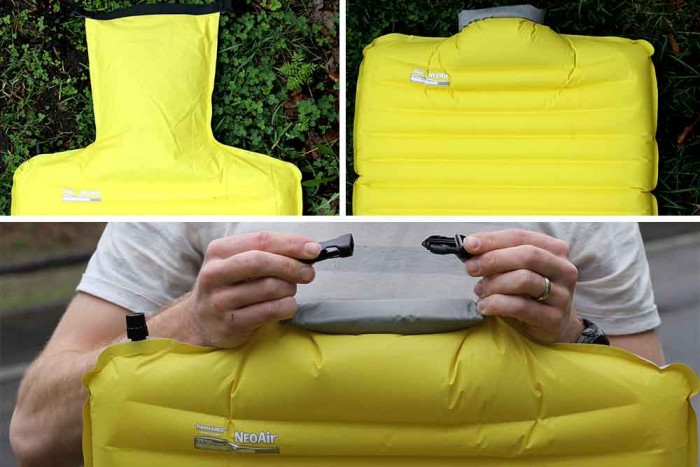 The SpeedValve is different. It is a faster and better way to blow up a pad. In as few as four big breaths we were able to inflate a six-foot-long mattress to the amazement of fellow campers, most red-faced while attempting to blow up their backpacking pads the old way.

Despite the mentioned “magic,” this product does not defy physics. In contrast, it’s an innovation that leans on a little-known effect, Bernoulli’s Principle of fluid dynamics, where pressure variances result in increased airflow.

Therm-a-Rest was not the first to market with a speed-inflation air mattress. Early iterations of this technology have been around for decades, from early army mattresses like the Black Betty to a recent version from Windcatcher and a Pump Sack concept from Therm-a-Rest. However, Therm-a-Rest’s SpeedValve adoption will allow this style to see wide-spread availability and innovations.

For example, Therm-a-Rest’s SpeedValve mattresses are insulated (Windcatcher’s is not) and they feature an auto-reversing valve, allowing for quick and easy deflation.

In common use, say inside a tent at a campground, the Bernoulli’s Principle and the lab-speak translates simply to a faster-inflating air mattress. We tested three Therm-a-Rest products with the SpeedValve and were impressed.

Therm-a-Rest, a brand that has played in the air-mattress space for decades, notes the SpeedValve works because your breath sends fast-moving, low-pressure air through the neck of the mattress, “causing the static, high-pressure air outside the mattress to rush in to equalize the pressure.”

To inflate, blow air from about 4 – 6 inches from the SpeedValve opening. Stop when the valve begins to bulge. Next, press the straps together, and roll tightly 7 times (yes, exactly that number), much like a roll-top dry bag.

Once it’s sealed tight, buckle downward to close. The result is a firm, stable bed for sleeping comfort and warmth.

It took us anywhere from 4 – 8 big, focused breaths to blow up any of the three mattresses.

Need a bit more or less air? You can use the small screw-open valve on top to adjust pressure as needed.

Once inflated, the SpeedValve mattresses sleep just like any other Therm-a-Rest pad with one bonus: the SpeedValve makes a pillow-like bulge at the top of the mattress, raising your head a bit when laying flat.

The brand’s NeoAir SpeedValve line (the Camper SV, Trekker SV, and XLite Max SV) all use the new valve type. They are similar products, but each is attuned to its category of camping, backpacking, and ultra-light.

We slept on the NeoAir Trekker SV pad for a few nights camping in Minnesota. It was comfortable for a night over dirt and leaves.

The material is slightly crinkly (which does reduce with use) and insulation was sufficient in 20-degree weather. The width of the pad is good and we didn’t fall off, especially since its fabric wasn’t very slippery. Overall, this is a comfortable pad for sleeping.

After a few nights spent on these pads we can now say the SpeedValve really is a valuable feature. Easy inflation (4 breaths to blow up the Camper SV, a 3-inch-thick pad!) speeds up a process that many come to dread when it’s time to set up camp after a long day.

Equally as great, the deflation process is quick and easy, requiring only a pinch to unbuckle the valve and instantly deflate the pad. No rolling, pushing, or squeezing required.

One caveat: As referenced above, to properly seal the SpeedValve, you must roll the straps exactly 7 times. While the instructions do clearly state this, we found it odd that when rolled 5, 6, or 8 times, the mattress began to lose air. Follow those directions when buckling it closed.

For the weight-conscious, the SpeedValve does have a slight penalty. The buckle and straps add 4oz to the overall weight of the mattresses.

For many campers the extra ounces will be overshadowed by the ease of use and breath-saving ability of the SpeedValve mattresses.

The pads start at about $150 and will be available widely this year. Check out the SpeedValve line here if you’re in the market for a new premium pad or just tired of huffing, puffing, and getting red in the face.

— This article was sponsored by our friends at Therm-a-Rest.