One-of-a-kind handmade camping pegs by master Japanese artisans using traditional processes? Each one engraved with a message of hope? Check and check.

If you didn’t think a tent stake for Zen masters existed, you’re not alone. But then, the Wapeg on Kickstarter hit us right in the enlightenment.

Each tent stake, or “traditional Japenese camping peg,” is forged by hand with nails harvested from ancient temples. Not only is the process extremely cool and rooted in tradition, but so is the engraved message on each peg. The four-character “Kanji” represents a message of hope, tailored by the craftsmen for the difficulty of our times. 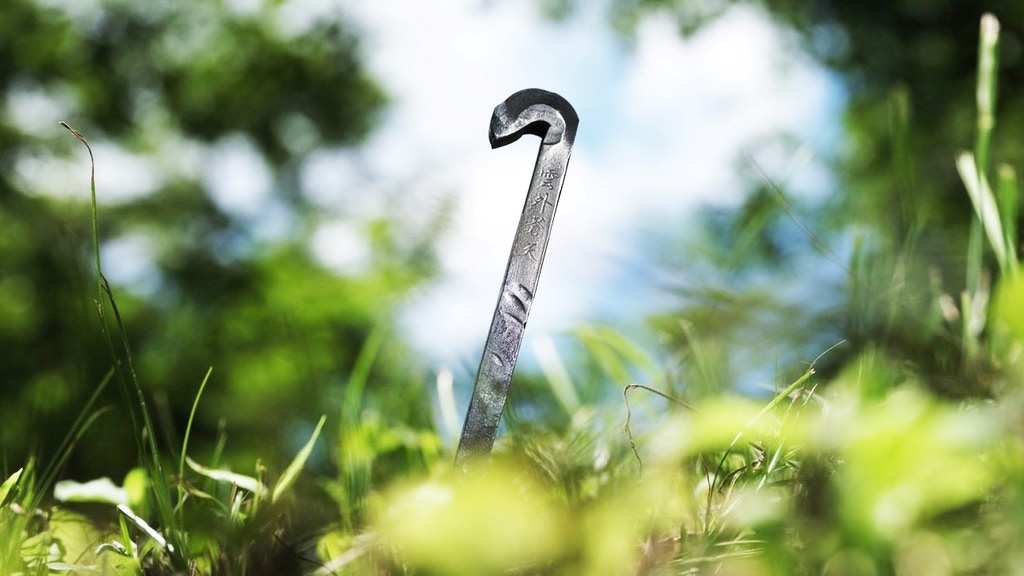 The project, based in Kyoto, had nearly met its modest $915 Kickstarter goal with more than 40 days to go in the campaign.

Hammer in Hand: Crafting the Wapeg

Seated in his shop and holding a finished Wapeg, Blacksmith Aoyama explained the roots of his craft. The technique has existed for at least a millennium and involves upcycling nails from traditional Japanese buildings. Smiths still utilize it for modern temples, shrines, and castles.

Forging a stake requires utilizing a technique as old as smithing: Get the material really hot, hammer it to shape, and then harden it. Aoyama noted that each stake is unique to the smith that created it. 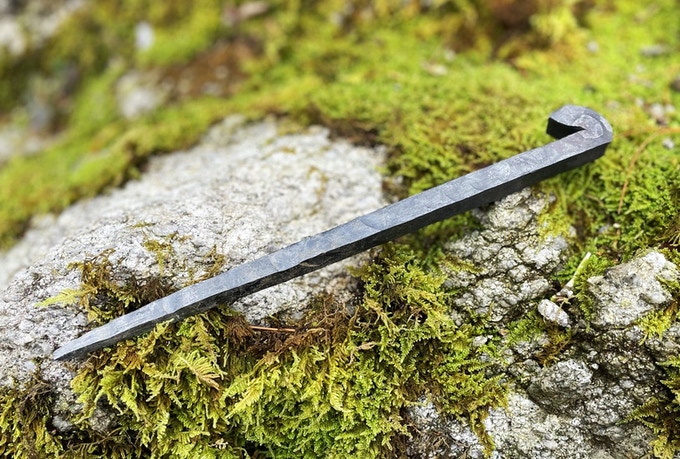 The result is a substantial peg: 8.2″ long and bound to hold its ground way better than your typical bent slivers of aluminum. Stress testing results are impressive: 500 kg of force finally bent one of the pegs to 90 degrees, but it still didn’t break. Aoyama clearly recognizes that to see it is to believe it.

“There aren’t many opportunities for people to see the real thing up close,” he said, noting his goal for the stakes — that “everyone will know about them and not lose their culture, traditions, or production techniques.”

Kanji: An Optimistic Note From the Forgers

The message etched into each stake is a special one, intended by the crafters to inspire their Western backers. The four characters mean (roughly) Blue Sky Above Clouds. 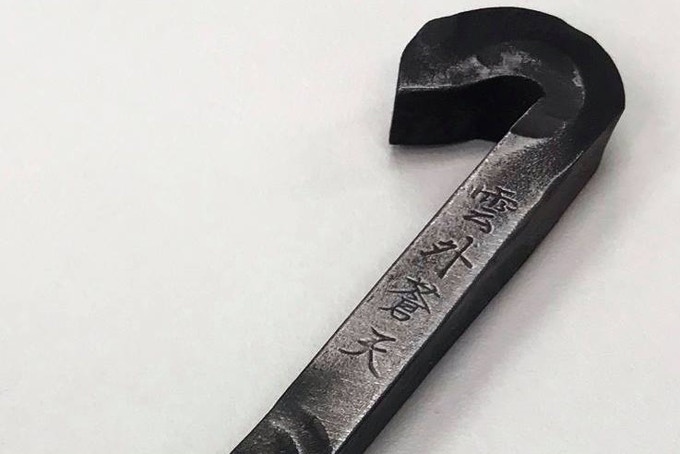 Meditate on that alone, or visit the Wapeg’s Kickstarter page to read the crafters’ interpretation in their own words. Better yet, support the project. Pledge packages were still in high supply as of this writing.

$900 is a humble ask for blacksmiths tasked with transmitting history and giving meaning to the most forgettable camp gear.

Up Next: Better Bottles: Klean Kanteen Switches to Recycled Steel