The shape of climbing carabiners is slow to change. One company adds a new design with a unique curved gate and ‘gumball’ tip. 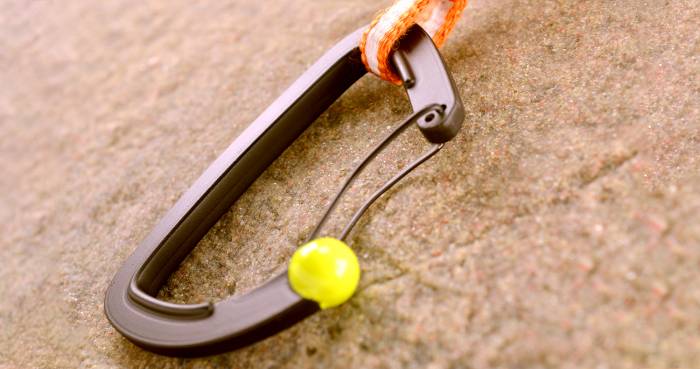 Weight is one of the most frequent advancements with climbing technology. Rarely, with a product as refined as a carabiner, does the function change dramatically. The Gumball Clip, from Anchor Labs does not cut weight, but instead makes clipping easier.

With dimensions and safety ratings similar to conventional carabiners, the difference in the Gumball Clip is its gate connection. A smooth, bulbous tip and curved gate intends to make rope clips smooth and easy.

The brand claims the rope slides and falls easily into the carabiner. The rope can be pulled downwards smoothly once placed over the “gumball” and not pushed through clumsily with your fingers, the brand states.

And, Anchor reasons, if clipping is easier, scary and dangerous rope fumbling on clips is less likely to happen.

Anchor labs was launched by a team of students (also climbers) at the University of Minnesota. We spoke to John Wendorf, CEO, for this story. He and his partner saw stagnation within the carabiner manufacturing industry and believed nothing addressed the functionality of carabiners, with innovation occurring solely on weight.

They also saw the biggest hurdle among amateur climbers as the transition between top rope and lead climbing. To help this, they wanted to make lead climbing easier and more comfortable with the Gumball Carabiner.

How It Works: Gumball Carabiner

The curved gate of the carabiner allows the rope to rest in a well on top of the spherical tip. Many carabiners have vertical or near-vertical gates and require the climber to push the rope through.

Once the rope reaches the well, the climber can simply pull the rope down and successfully clip the carabiner. The rounded ball on the bottom of the carabiner also allows the rope to glide over and fall into place more smoothly.

The carabiner is designed to industry standards and will be CE certified once the Kickstarter is fulfilled. While the yellow tip stands out, the entire structure is solid, forged aluminum. The protrusion of the nose on the carabiner is the same as other time-tested carabiners on the market now. 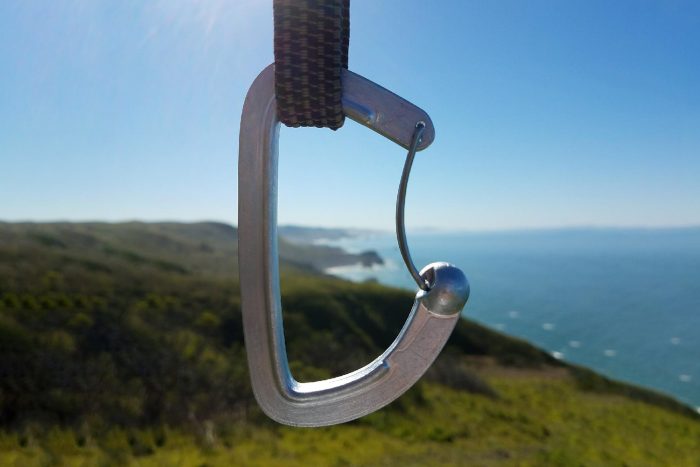 There’s a reason carabiner design has changed little over decades. They work.

One could argue this new design encourages poor clipping form. Most veteran climbers do not struggle with clips, with years of practicing good form. Veteran climbers also do not physically push the rope through with their fingers (as seen in the gif above), they grip the carabiner and rope in a way that allows for a seamless and safe clip.

And the idea that it is OK to rest the rope atop the gumball clip, while new, seems sketchy. The brand claims that falling while the rope is resting on the bulb pushes the rope into the clip, arresting the fall.

While the brand does not encourage leaving the rope unclipped in the well, acknowledging it suggests it can happen. The rope could fall off the ‘biner if placed there and lead to a false sense of security. 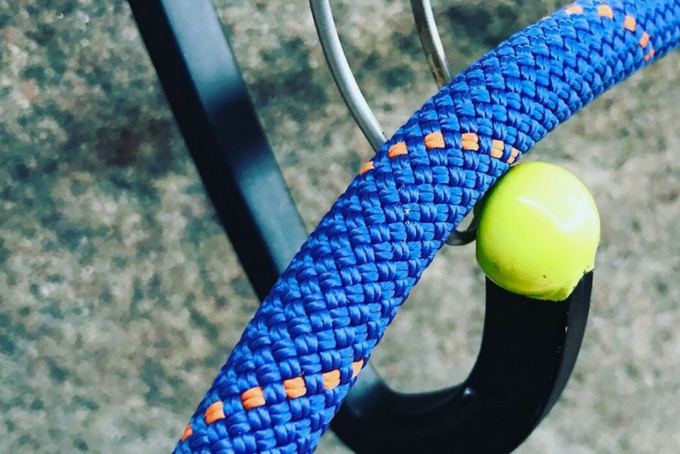 This carabiner is targeted at beginners. The brand used the phrase “training wheels” for lead climbing. And it’s not wrong. If this can make clipping easier among novice climbers, then more climbers may clip with confidence.

After over a year in production, Anchor Labs has a Kickstarter up, with plans to ship biners this summer. They are currently produced through a military carabiner manufacturer in the USA, although that may change with increased demand.

The carabiners are rated to 20 Kn from front to end, and 7 Kn with an open gate. Each carabiner on the line is tested to 70 percent force and one ‘biner out of each batch is tested to breaking point.

The Gumball Carabiner will cost $18, and around $23 for a complete quickdraw, which includes two carabiners and a sling. Check out Anchor Labs’ Kickstarter now to see if this is a project you could get behind.

Up Next: First Look: Black Diamond’s Beefy Mid-Range Rope For All Climbers