For 2017, Metolius, CAMP-USA, and Petzl added some top-notch features to their carabiners and quickdraws that make upgrading your rack worthwhile. 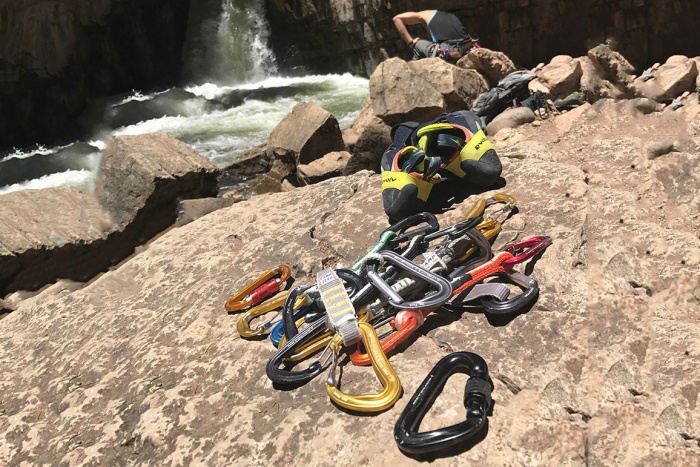 Nineteen-eighties Yosemite hardman Mark Hudon told me this spring, aside from making carabiners increasingly lightweight and equally strong, there haven’t been any major breakthroughs in carabiner technology in a few decades. But there have been incremental improvements.

I tested a few dozen carabiners and quickdraws over the last few months, both for sport and trad climbing throughout the Southwest. I found a couple new favorites.

In short: This is the best auto-locking carabiner I’ve ever used. 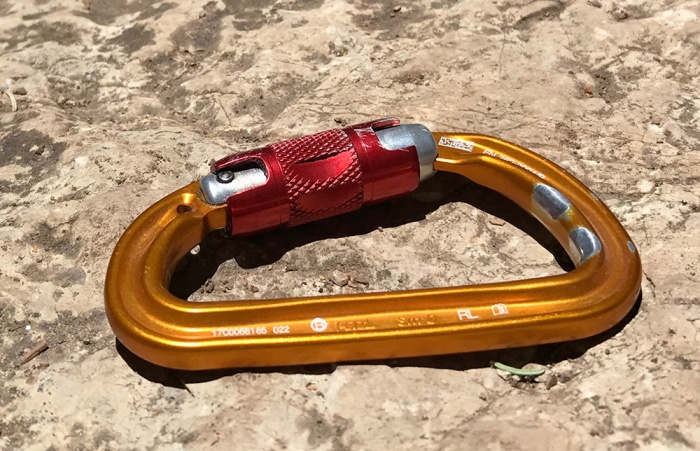 Petzl sent me just one style of biner—the compact, 1.8 oz. (51g), D-shaped auto-locker with a keylock component. At $19, it’s not cheap, but it’s bombproof and super easy to use.

I like auto-lockers because of the quick action, and this biner is especially quick to unlock. There’s no fussing around or using two hands with the Sm’D. Petzl improved an existing design by adding perfectly shaped divots to the twist gate that make it easy to open.

I also like the straight back of this offset D biner. It makes it easy to handle and slightly lower profile than some wider biners. Extra bonus: It has a small hole for a cord to connect it with a Tibloc or Micro Traxion devices. 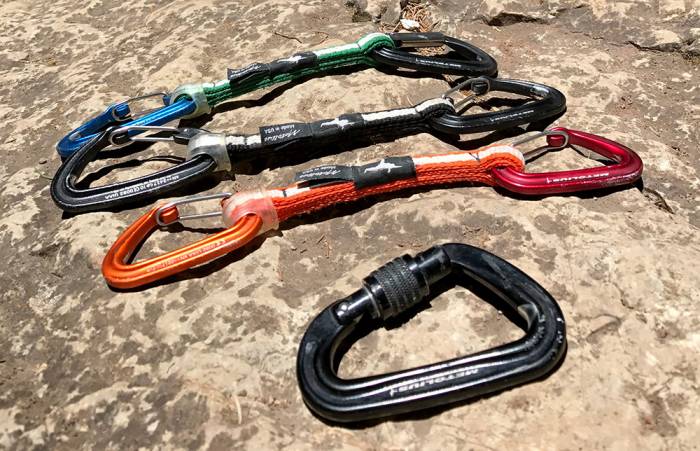 Metolius did a nice job with the Bravo Locker Carabiner, which comes in black and blue. It’s a tad bulkier than the other lockers I tested for this review, but my hands are small. I suspect people with bigger hands will like this bigger profile locker.

Still, I take it with me often because of its smooth action and keylock system (it doesn’t snag on my harness). And, at $9.50, the Bravo Locker is affordable.

As far as the new Bravo quickdraws go, I wish I had a dozen. I never leave the ground without them when sport climbing. Weighing between 2.8 oz. (79g) and 3.1 oz. (88g), they’re lighter than average.

At first I thought the double-layered 14mm webbing of the “Dyneema Monster Sling” and the hard-fixed biners on both ends (the bottom one with a clear jig) might make this draw too stiff. But they proved immensely helpful on numerous occasions.

I am regularly now able to clip bolts just out of reach simply by holding the bottom of the rigid sling or even the lower carabiner, and pushing the top carabiner through a bolt inches away.

Plus, it’s bomber material; I’m sure they’ll last forever. They aren’t as easy to grab as nylon slings if you’re gripped and desperately trying to clip the rope. But I’m not sure that’s a key selling point.

I also love the smooth action of all the biners, the ease with which I can clip the rope into (and out of) the biners (especially with the keylock gate), and their feather weight. The Bravo Wiregate weighs just 1 oz. (30g), and the keylock 1.4 oz. (40g).

The only downside to these draws is the rigidity makes them less versatile. I don’t use them trad climbing because cams and nuts tend to move out of place if gear is not perfectly aligned vertically on a route.

The Bravo wiregate top and bottom carabiner configuration comes in black/white and is available in 6”, and also costs $20.

CAMP-USA—Dyon not as Good as Photon 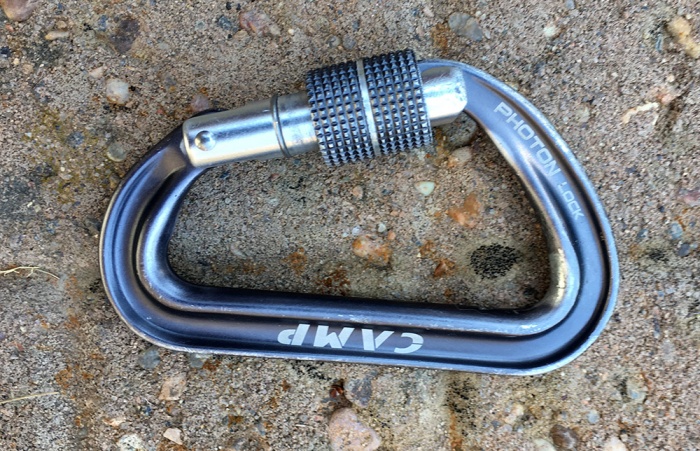 Best of all this new gear is the Photon Locker, which at $12 is a deal for such a fine piece of equipment. Its slim profile and smooth-action screw make it easy to handle under any circumstance, even with gloved hands. And it’s ultralight at 1.5 oz. (43g), and so ideal for alpine and multi-pitch climbing. 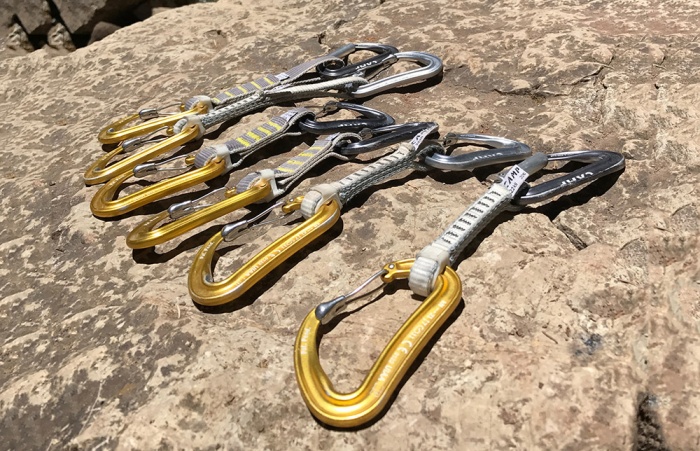 The Dyon quickdraws have some plusses. They are lighter than average: the Dyneema versions weigh 2.8 oz. (79g), while the nylon ones weigh 3.0-3.2 oz. (85-91g). I prefer the 11mm Dyneema draws to the nylon because I prefer less bulk on my harness, and the dogbones on these are very low profile.

All these draws work well for either sport or trad climbing. The loop in the top of all the dogbones allow the biners plenty of give so they don’t pull gear out of place. I also like CAMP’s nicely low-profile Karstop Evo carabiner retainer, which keep the bottom biners firmly in place.

The “curved I-Beam construction” of the Dyon’s spine are lower profile and easier to grab than other wire gates. The notch at the apex of this biner forces it to stay in place better on a bolt than other carabiners (though I’ve also noticed a lot more wear and tear already).

I also like CAMP’s new SphereLock closure. The company calls it an upgrade to the traditional keylock system, as it “minimizes play between the gate and nose for enhanced safety and performance.”

However, while this system works beautifully with the Photon Locker, it doesn’t work with Dyon’s funky, button-nosed wire gate. The gate on this biner is just too stiff.

On one difficult (for me) route in Indian Creek, I thought for sure I was going to whip big as I desperately fought to get the gate open while thoroughly pumped. CAMP already nailed it with its lightweight, easy-to-handle Photon Wiregates and Nano 22; I’m sticking with those.

I appreciate the keylock of the Photon straight gate on the Mixed Express, but I’d rather pair it with its wired gate counterparts.

Up Next: Watch Out Below! Chris Sharma Deep-Water Solos Massive Arch