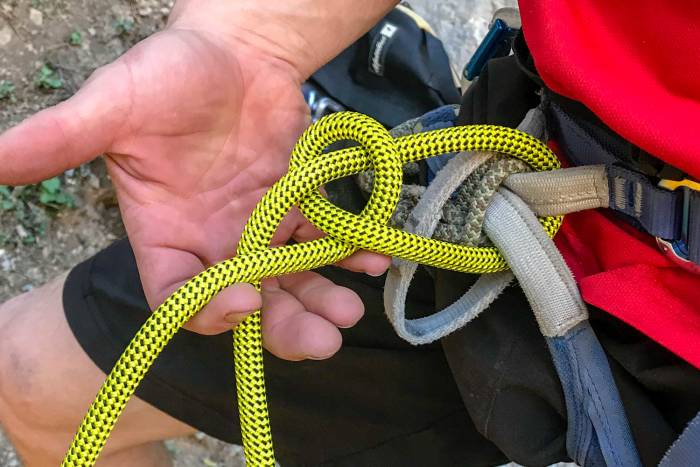 Black Diamond’s smallest-diameter single climbing rope proved effective and tactile during our testing. We took the Black Diamond 9.4 sport climbing and up towering multi-pitch climbs for this review.

Black Diamond Equipment is a relative newcomer to the climbing rope game, putting its first cords into play just last year. This year, the brand continues to extend its offerings.

The line tethered me to multi-pitch towers in Potrero Chico, Mexico; back home on the bouldery sport climbs near Austin, Texas; and south again on vertical limestone bluffs over the Pecos River near Del Rio, Texas.

In short: The 9.4 Climbing Rope might be the smallest in Black Diamond’s lineup, but it still functions admirably as an everyday working rope. The cord handles stiffly at first but relaxes over time, and the line proved durable during the testing period under the demands of sport climbing. 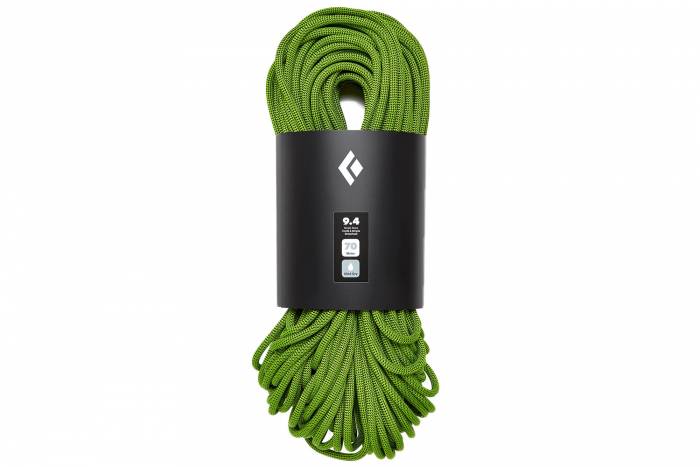 Black Diamond switched rope manufacturers this season to Lanex, makers of the brand Tendon. The Czech technical textile manufacturer gives the 9.4 Climbing Rope specifications similar to others in the same diameter range.

The sheath is a 2-by-2 weave, a common strategy for ropes in this diameter range that takes the middle ground between durability and rope hand. This pattern also manages sheath slippage, which for the 9.4 Climbing Rope is a claimed 0.1 percent or less. There is a simple, 1-inch-long black ink middle marker.

The rope’s maiden voyage was a journey across the border to the impressively tall limestone towers of El Potrero Chico, Mexico. 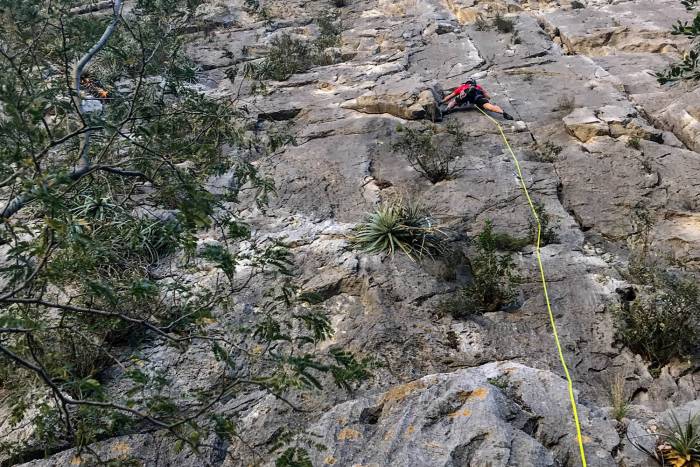 Flaking the cord out for the first time revealed a tight sheath and stiffer-than-usual hand, as the rope refused to lay tightly on the tarp. The line fell into large loops, refusing to flake into an oval. Knots were larger than usual, requiring tight pulling on all four strands to close up gaps.

After half a dozen full pitches and switching the lead end on each run, it substantially loosened. But it still fell into larger-than-usual radius bends, and knots still required deliberate tightening to adequately stress.

But El Potrero Chico revealed the rope’s preliminary toughness: Sharp edges abound due to water drip pockets. The majority of plants, which frequently inhabit the larger pockets in the cliff, are thorny and unforgiving of pulled ropes gone awry.

The cord was unscathed and devoid of thorns after two days of full-length pitches. The rope slithered easily through draws, braking-assisted belay devices, and rappel devices. Lead falls produced a soft catch, but they were longer than my average sport climbing fall.

The Black Diamond Equipment 9.4 Climbing Rope returned north to duty as an everyday sport climbing rope. It suffered the demanding loads of projecting routes near home and on the Pecos River. 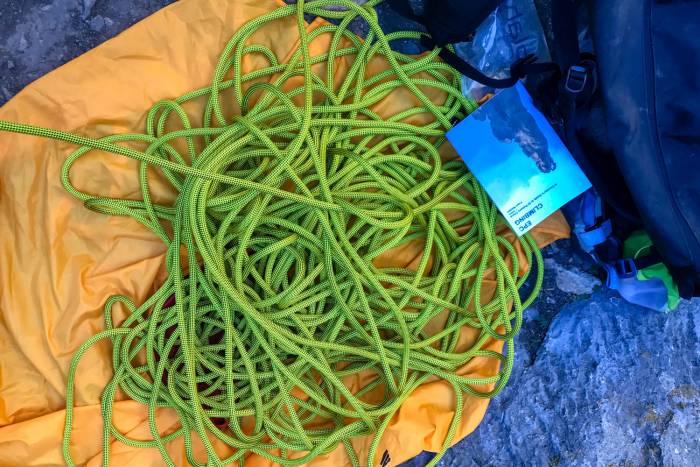 Over four days, repeated short falls and hang-dogging on the same end placed a high demand on an abbreviated section of cord. This concentrated stress produced no visible signs of wear or soft spots on the lead end.

Catches felt soft, but the rope was still relatively fresh. The cord continued to relax, becoming more pliable, more manageable, and easier to tie, with the general hand now matching my other lines of similar diameter.

The tactile feel of the sheath, in particular, also changed. What was once a hard and slippery sheath softened considerably. But the cord still passed easily through gear and didn’t display any fuzziness.

Black Diamond’s continued foray into climbing ropes has produced a 9.4-mm rope that functions commendably as a daily workhorse. This initial testing assaulted the line with sharp pockets, thorny vegetation, and projecting, with durability proving most worthy.

The 9.4’s weight, diameter, and resulting performance characteristics bridge the gap between a heavy-duty single dynamic cord and an ultralight specialized redpoint line. It stands up to the challenge of daily high-performance use.