Adam Ondra successfully completed the last pitches of the Dawn Wall on November 21, 2016 in Yosemite, Calif. Touted as the most difficult big wall climb, many once doubted it would ever be climbed, much less see a second ascent.

The Dawn Wall went free last year for the first time. The spectacle headlined national news broadcasts, and climbing and outdoor periodicals across the world.

It earned Tommy Caldwell and Kevin Jorgeson acclaim as ‘National Geographic Adventurers of the Year’ for the first ascent. 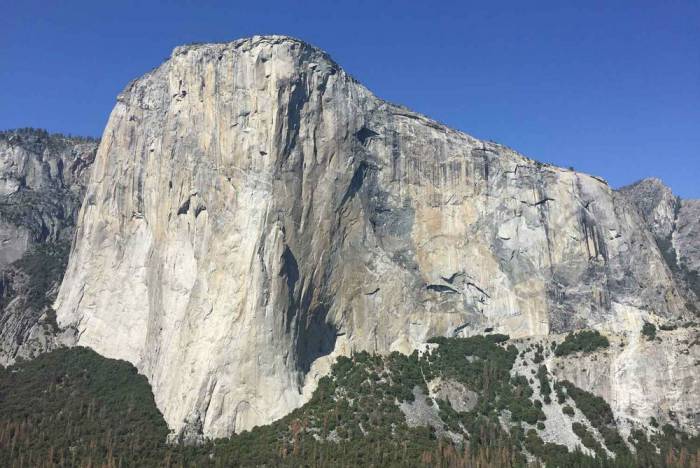 Ondra completed the climb on his first trip to Yosemite in just eight days, after being in the valley since only October 15, 2016.

Of course, the first and second ascents are very big differences. Major route-finding difficulties and mental hurdles to battle were a large part of what gave Caldwell and Jorgeson such a hard time.

Ondra still had to deal with this, although to a much lesser extent. With all said, however, to accomplish the feat in as short of a time as this is a shock to climbers everywhere.

For clarification, Ondra did not start at the bottom, and climb until the top without stopping, resting, and falling. Big wall climbing ascents exist in an area where successfully sending each pitch in succession is necessary for a completion.

Crazy weather! Despite all the negative forecasts, it has not rained until now! We could have climbed the part above the Wino Tower at least two times since 6 PM yesterday when I got there. Weather forecasts do not seem to be very precise. Does not matter, we are taking good rest and wait for tomorrow. In the meantime, check out the detailed report of yesterday on @blackdiamond account. It will answer some of your questions whether I did the Loop or Dyno. Photo @pavelblazek @mytendon @lasportivagram #Montura #Yosemite #elcapitan #Dawnwall

The climbers are able to rest at night and before hard sections. Ascents can be made over weeks with the potential to be labeled a “send.”

Ondra made multiple tries at the Dawn Wall before finally getting this complete send.

Ondra posted on social media throughout his experience and described the climb as emotional and nearly impossible. All along the wall, these are excerpts from what Ondra faced on different pitches of the climb. 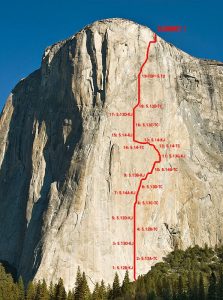 “I hate pitch 10 (5.14a, but I would almost say 5.14b). It is all laybacking–smearing your feet against nothing (sometimes wet nothing)–and the harder you try, the harder it gets.”

“I kept going nevertheless and somehow made it through the crux, where I had to improvise with my beta, as I was unable to reach with my foot all the way due to my sliding fingers from the razorblades. Getting to the anchor was emotional of course.”

With a climb that initially broke headlines globally, Ondra’s feat is the most surprising climbing accomplishment of the year. For pushing the boundaries in the climbing worlds of bouldering, sport climbing, and now big wall climbing, congratulations go out to Adam Ondra.

Up Next: Black Friday: Patagonia To Donate 100% ‘For The Planet’