Follow these seven tips and push your limits on high-altitude summits. 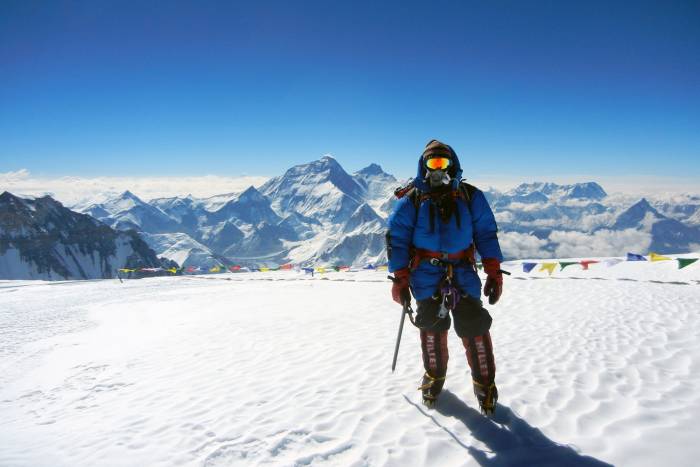 Holly Budge has two world records under her belt. In 2008 she became the first woman to skydive Mount Everest. The following year, the British adventurer was among the first to race horses 1,000 km across Mongolia in the longest horse race in the world.

Her adventure portfolio may be broad, but she really knows high altitude.

Budge works as a big mountain expedition leader and last year successfully led the “Summit Climb 2016 Expedition” on the technical Himalayan climb, Ama Dablam (6,812m). Other climbing achievements include summiting Cho-Oyu (8,201m), Baruntse (7,129m), and snowboarding from the summit of Mera Peak (6,476m) in Nepal. More recently, she made a successful first ascent in the Mongolian Altai Mountains.

Budge describes herself as, “sort of pretty normal,” and pushes the boundaries of human endurance using these simple tactics on the big mountains.

“On the first few mountains I climbed in the Himalayas I didn’t really do much training,” Budge said. “On reflection, that was pretty arrogant.”

That all changed last October when she tackled the 6,800-meter Ama Dablam. Over four miles vertical and mixed climbing in a “ridiculously hardcore,” 24-hour summit push that “kicked [her] arse.”

“When I got back,” she said, “I vowed that wouldn’t happen again.”

She joined a training program for Everest called Uphill Athlete. She trains solo and with a trainer six days a week, and she’s focused on nutrition.

“Before I was just eating for the sake of eating, now I’m eating to fuel my body. There’s this expression, ‘train hard, fight easy.’ What I realize is, you’ve got to train hard, and regardless of who you are, on any big mountain, you’ve got to fight hard.” 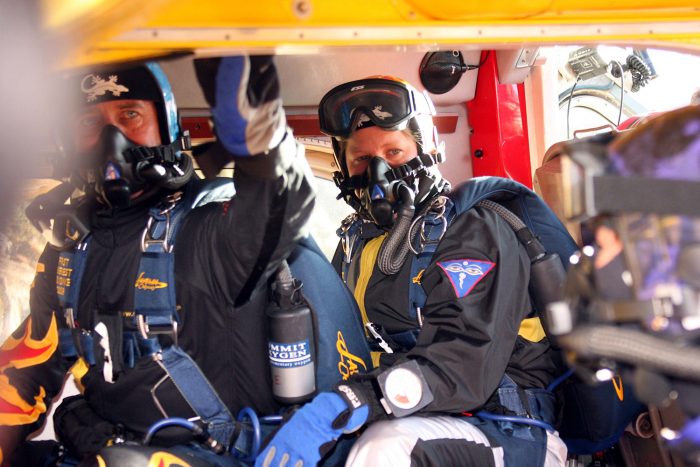 “Life in the mountains is without clutter. Every piece of equipment has a role, every object has a place, and thoughts have a purpose,” she said. “Everything I need to survive is on me, or in my backpack. I’m constantly thinking about surviving, and that’s it. There’s no room for thinking about anything else except the task at hand, and that’s the reason why I love mountaineering, it’s a very simple life.”

“The best thing you could do to prepare for big mountain climbing is to go to altitude, go trekking to start with, and see how you fair,” she said. “The only way to know how you fair at altitude is to go there.”

Budge recommends bagging three or four big mountains in the Himalayas to really stress your system and see how well you go at altitude.

Budge acknowledged that the mental game can be more challenging than the physical toll. “If you start questioning yourself, ‘am I good enough?’ especially at high altitude, it starts eating away at your mind and it’s just exhausting,” she said.

The answer? “Stay behind someone, whether it be a Sherpa or another climber, and when they move, you move. All those thoughts just disappear and all you’ve got to worry about is when that foot moves, you move. It’s simplifying it, it’s taking away all that self-doubt.”

“When you’re exhausted and you really don’t have a lot left, it’s good to have a mantra. When I was doing nine hours of abseiling and rappelling off Ama Dablam, it was really life or death.

She explained that there are so many ropes at the anchors it’s easy to clip into the wrong one. Even really experienced mountaineers die because they clipped the wrong rope.

“You’re tired, it’s dark, there are ten other ropes on there from previous years, so you’ve got to have a mantra, or a little saying, that keeps going around in your head,” she said.

All In Your Head... Mantras Of Top Endurance Athletes

“When you go over 24 hours of exercise, lots of things start happening. The brain starts shutting down, and it’s all about how you deal with that. Most people think they are finished at 75 percent and they probably have another 25 percent in them. They think they can’t do it, but they can. I reckon that day I was at 95 percent. 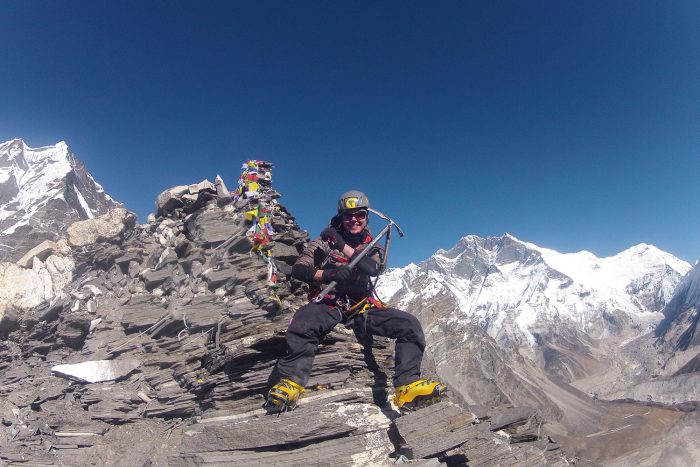 7. Just A Little Bit Of Luxury

“When packing, I break things down into what is necessity and what is luxury. I want a little bit of luxury. That might also be a chocolate bar instead of a boring energy gel,” she said. “At the end of the day, when I’m stinking and haven’t washed, my biggest luxury is Wet Wipes! If I can feel a little bit cleaner, that makes me feel so much better.”

Up Next For Holly

This year Budge aims to be the first person to broadcast live from the summit of Mount Everest on social media.

She will post to Instagram at #EverestEveryday during the 60-day expedition using a Thuraya Satellite internet modem, iPhone, and solar panels.

“You’re going to see a really wide range of emotions from total euphoria to absolute grueling hardship,” she says. The expedition began on April 3. 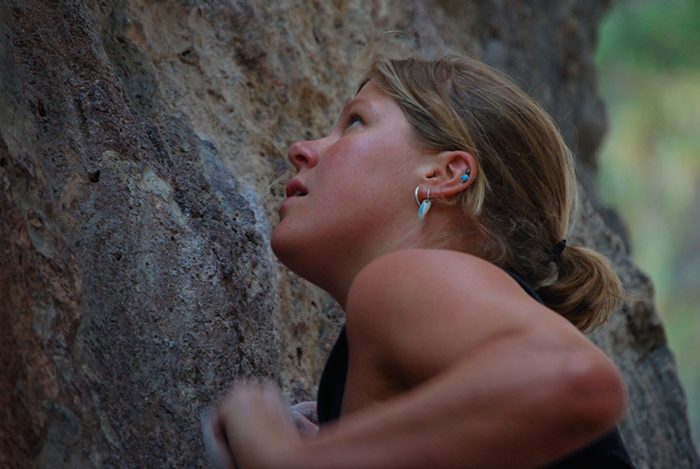 To discover more about Holly Budge visit www.hollybudge.com or follow her on Instagram www.instagram.com/hollybudge, and her journey at #EverestEveryday. To climb with Holly, visit https://www.summitclimb.com/climb.

Up Next: ‘Gumball’ Carabiner Aims For Easier Climbing