Work hard, have vision, meet lots of people, and always, always keep the audio rolling. Reel Rock creator Peter Mortimer tells us how to get started and get established as an adventure filmmaker. 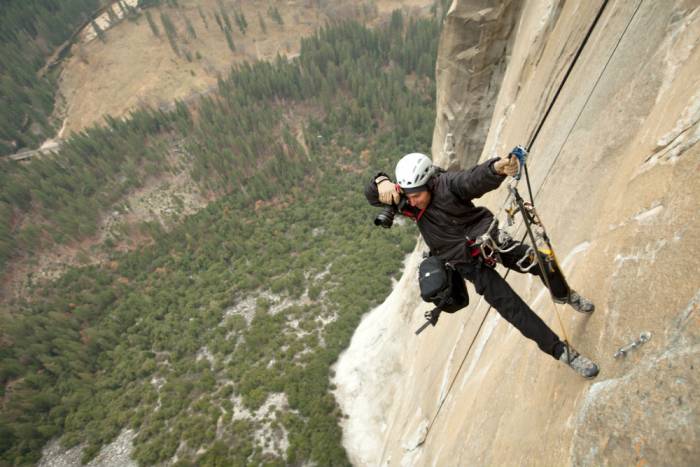 “There are no easy paychecks.” That, in a nutshell, captures Mortimer’s advice on becoming an adventure filmmaker.

There’s money to be made, but it’s going to take work.

We caught up with the Reel Rock creator just before the launch of the festival’s 11th year. He dished on the ups, downs, and crucial secrets of becoming a “reel life” filmmaker.

How To Get Started In Adventure Filmmaking

“There are two ways to get started making adventure films,” Mortimer told us. “You can either make something, put it out there, and see what happens. Or you can work for people who are already doing it.” 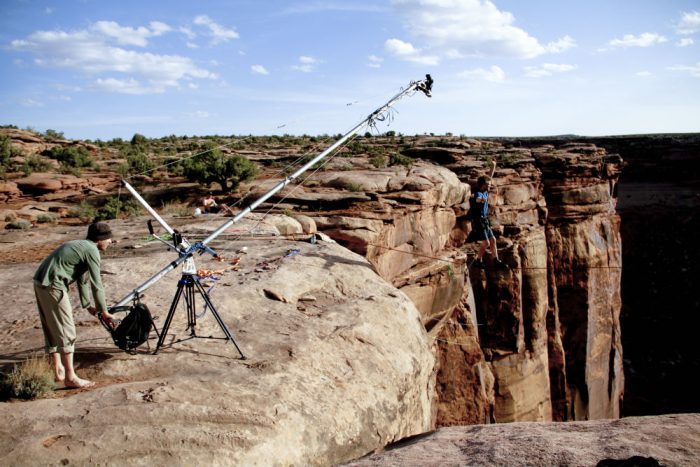 If you don’t have an in or are too eager to put off your own project, Mortimer has some good news: “People want to see everything.”

This means that while there is a huge market for established, well-known filmmakers, audiences everywhere also want to see raw, independent films just as much. If you have the chops and a little internet self-publishing knowhow, you might be able to break in on the first go.

For everyone else the old adage, “It’s not what you know, it’s who you know,” indeed applies to the film industry.

“Many companies like ours have internship programs that can be a great foot in the door,” Mortimer suggested. “If you have experience shooting or editing and want to get involved, put together a reel of your work and a resume and send it around to all the individuals and companies making things in the outdoor industry.”

Cameras & Audio: Only Buy What You Need

The next tip on making your way is to not over-invest in gear. (We agree!) 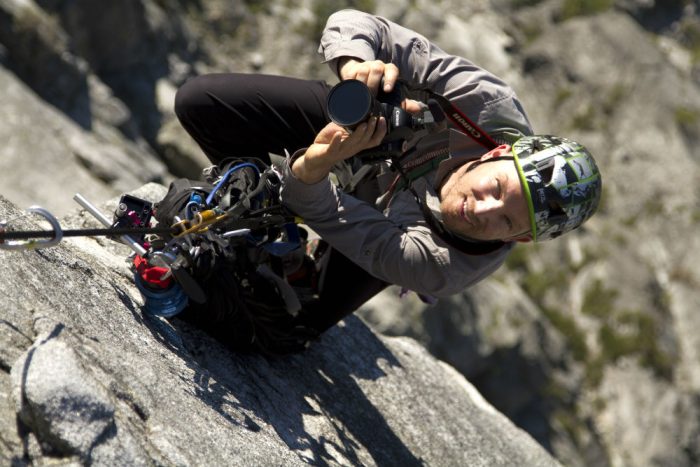 “Get the camera that gets what you need,” he said. “I mean, tech changes so fast that the most expensive, lightest, or fastest doesn’t matter for very long.”

For the self-sufficient documentary filmmaker just getting started, but doing so seriously, Mortimer recommends budgeting for the following:

What It Takes To Make Adventure Movies

If film making is in your DNA, Mortimer won’t dispel the notion that you can do it.

“This is the life I want,” he boasted. “There’s so much that’s great about this job.”

But to turn it into a livable career, he outlined three characteristics you need to have, or start cultivating, to succeed. 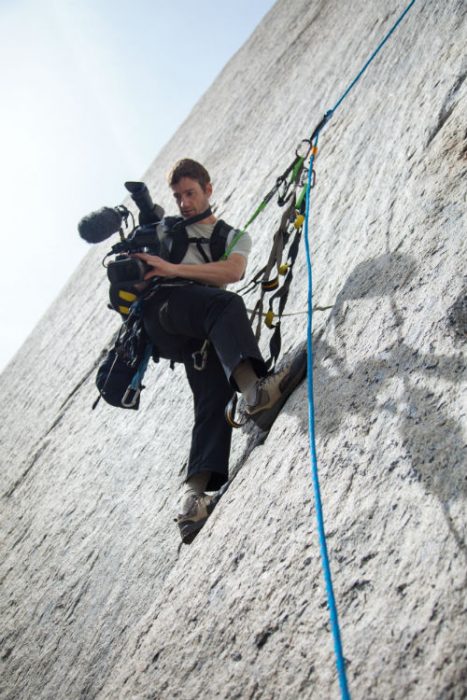 Hard work. “For better or worse, people don’t care about how nice a person you are or how much fun they have with you, they care about the final product that you can put together, and unfortunately it’s extremely hard to put together a good final product.”

Luck. “Luck is absolutely a part of it, a big part of it. I think a lot of luck is really persistence. Your camera always has to be rolling and you go for every shot. Eventually that incredible something will happen right in front of you.”

Vision. “Vision is that special sauce that gives you your voice and your angle on things. It’s basically your take on the world. It’s what you think about when you lie in bed, or that crazy thing that inspires you that others don’t see.”

The good news for those getting started is that film making pays well enough to live “a normal life.” This means a home, the opportunity to travel, and enough to support a family.

But it’s no cake walk. Being the concept-to-product creator running the camera and calling the shots is full time and then some. 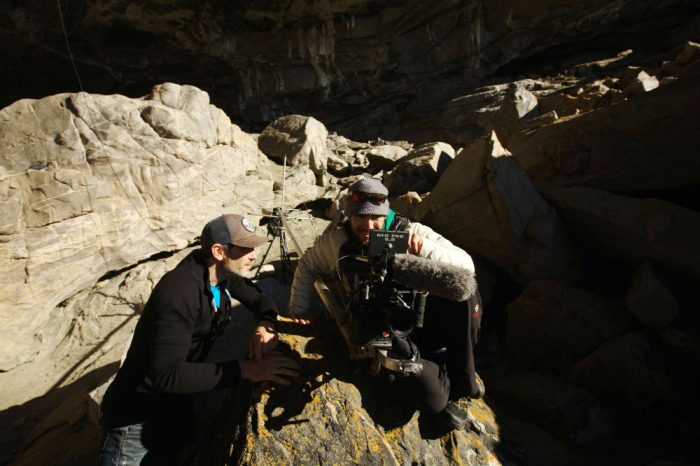 “I suppose everyone making a go in this industry has the same problem: We all work too much,” Mortimer admitted. “Whether you’re making films or running a business making paper clips, it is absolutely all-consuming.”

What’s more, you should ask yourself if you actually want to make films. If you really love shooting film and composing beautiful shots, maybe you’re better off being a cinematographer, not a filmmaker.

More importantly, is climbing your actual passion? If so, you might want to steer clear of film making altogether.

“It’s not climbing at all when you’re shooting. You’re 100 percent focused on how to shoot, prepare the shot, and be safe. I don’t know anyone who enjoys the art of climbing when they’re also shooting.”

Adventure Filmmaker: In A Nutshell

“Experiment and explore, meet as many people as you can and connect with them. Find your passion or someone else’s that you can groove with, think vision and big picture, follow your story, work hard and keep going. 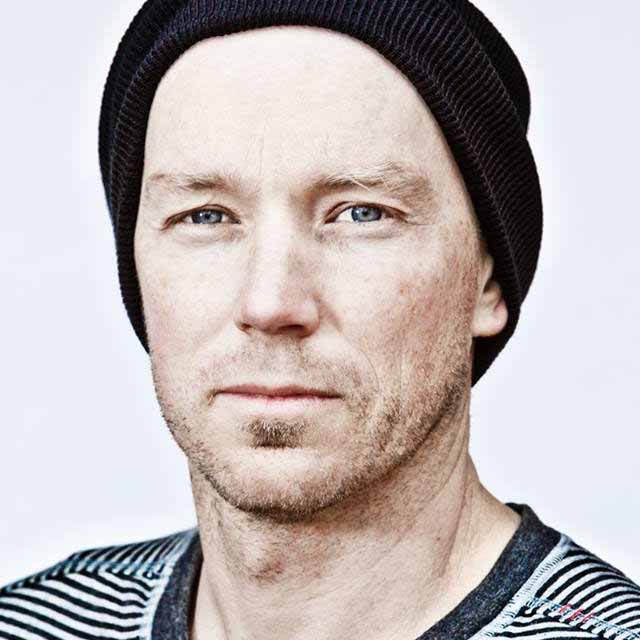 “Experiment and explore more now in the creative realm, bounce your ideas off others, listen to them and absorb, put stuff out to the world even it’s imperfect, because it’s always imperfect.

“Take your blows when people slag you on line, learn from it, try again, try the same thing or something completely different, modify your vision or double down on it, embrace the pain, come out of it recharged, keep moving forward, check in and if you haven’t laughed for awhile shake things up.

“You will die one day and you can stop growing then.”

Looking for a job like this? Our new site highlights some of the toughest, most extreme (and best) jobs on Earth.

–Epic Occupations content is sponsored and presented in collaboration with YETI.