Home » Climbing » This Rock Climbing Paradise Is Only Accessible by Boat

Combine a pristine, isolated wilderness expedition with high-quality granite sport climbing and deep-water soloing, and you have ‘Jeff’s World.’

By canoe, accessing Jeff’s World takes roughly four hours from the nearest town. It lies 10 miles beyond the northern Minnesota Border and even requires passers-by to clear Canadian customs. But do not be discouraged, the climbing crag known as Jeff’s World is worth all the effort it takes to get there.

Those in need of pristine campsites and stellar bolted granite all to themselves should consider Jeff’s World for the climbing expedition of a lifetime. Just don’t expect it to be easy going. 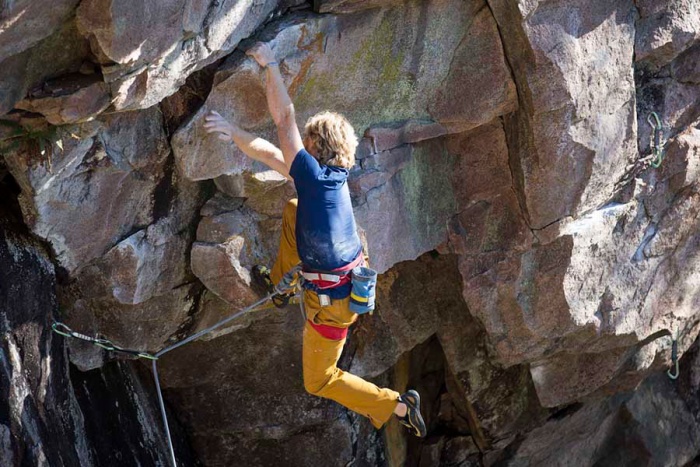 The area on the fringe of the Boundary Waters Canoe Area and Quetico Provincial Parks is blessed with beautiful, remote granite accessible only by boat.

Jeff and a crew of Minnesota climbers and developers went to work, transforming the area into a rock climbing playground. The crag has several different walls, with climbs from 5.7 to 5.13, and unsent projects.

It’s all granite, some of it is covered in lichen, but most of the lines are clean. Slab, overhangs, roofs, and bouldering, this area boasts some impressive and daunting features. 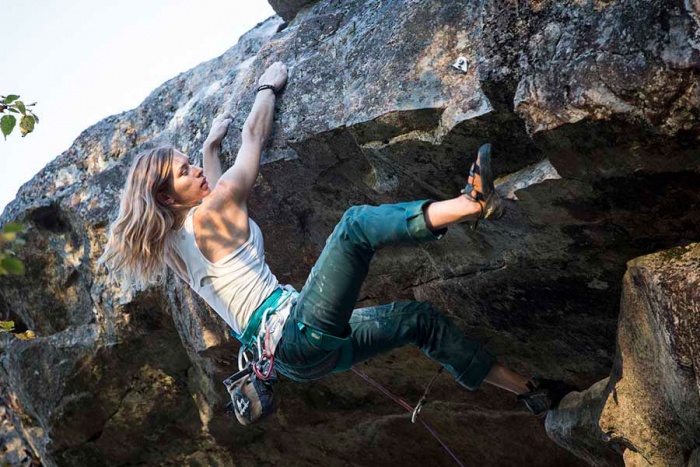 One route, Gargoyle, 5.10+, has a ledge mid-route for climbers to make their best gargoyle impression. A must-do.

And as for all the lakes in the area? You guessed it, deep-water soloing. Jeff and the crew surveyed the area using ropes with attached markers to estimate depth. They found some areas fit for plunging, but climbers are strongly advised to watch out for any submerged trees they missed! 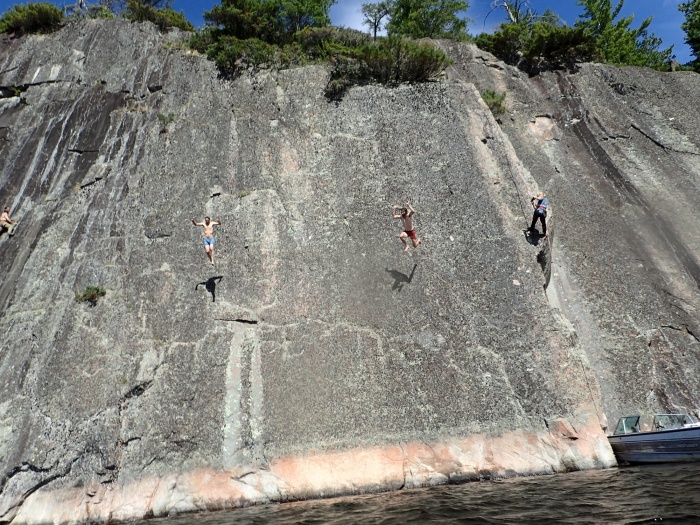 All that surrounding water also provides for some non-soloing fun, too.

One of the latest developments, Jeff recruited a team of friends to help build a belay raft. With old dock planks and flotation, the Swamp Wall now has a way to belay from the bottom up, instead of top down.

A rope extends along the bottom of the wall, letting raft passengers pull themselves to different parts of the wall.

How to Get There: Jeff’s World

Jeff’s World is accessible via Crane Lake, in northern Minnesota. From there, canoe or boat north, clear customs, and enjoy the climbing. That’s right, you’ll need your passport.

Crane Lake is one of the few lakes in the area that allows for motorized boats. Once you cross the border heading north, you won’t be in the Boundary Waters Canoe Area Wilderness or Quetico Provincial Park, the nearest Canadian park.

A customs office on the shore is halfway to a few of the climbing crags; however, you can apply for a Remote Area Border Crossing Permit to avoid customs.

Outfitters can provide rentals for those without boats. 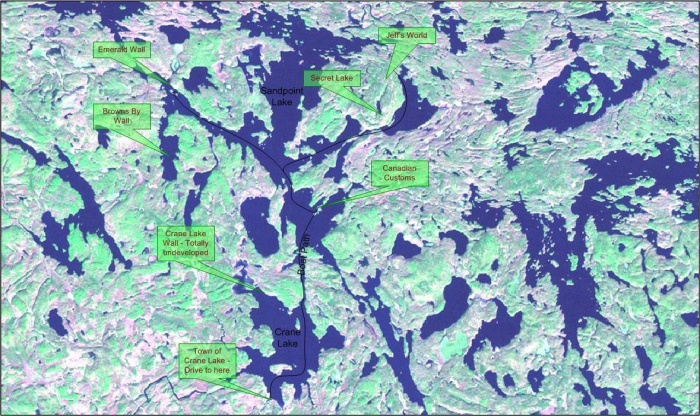 Once you’re there, don’t expect easy going. The isolation can be dangerous, and travelers should prepare as they would for any wilderness excursion.

Jeff and his crew were the subject of a forthcoming film documenting the development process. Brenda Piekarski of Adventure MN Films captured the laughs, challenges, and beauty of Jeff’s World in an hour-long feature film.

The trailer is available for viewing now, with tour screenings in the fall. (We will update the film’s availability as more details are known.) Expect public availability for the film next spring on Vimeo.

Now, what are you waiting for? Grab some friends, a canoe, sport climbing rack, and get out there!

For more information, consult the Jeff’s World Mountain Project page. Access, route guides, and tips can be found there.

Up Next: The 10 Best New Rock Climbing Shoes: Review