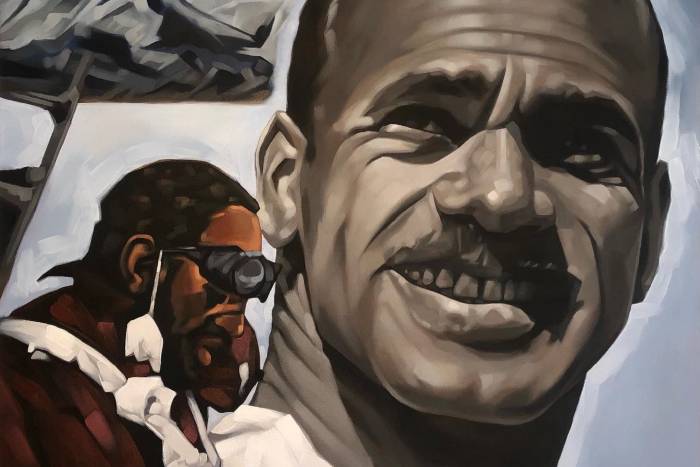 The Portrait of Charles Crenchaw aims to honor the first Black climber to summit Denali and shed light on the outdoor community’s long-entrenched blindness to diversity issues.

In the summer of 1964, Charles Crenchaw became the first Black summiteer of Denali — North America’s highest peak. It would take 57 years before the trailblazing mountaineer’s pivotal achievement received the recognition enjoyed by his nonethnic contemporaries.

That’s because this week, the art exhibit, Something Yet Higher, will open to the public at the American Mountaineering Museum in Golden, Colorado. And the centerpiece of the exhibit will feature an original portrait painting of Crenchaw — a combined effort of the outdoor industry, including an artist, journalist, and major brands.

Charles Madison Crenchaw was notable for many things. The Seattle man first served as a flight engineer in the Army Air Corps. In his post-service life, Crenchaw enjoyed a successful aeronautics engineering career with Boeing Aircraft.

In his downtime, he was an avid climber and constant student of the craft. At the time of his Denali ascent, Crenchaw was just 3 years deep in the discipline.

The original painting debuted on August 5 for industry professionals at the inaugural Big Gear Show in Park City, Utah. It then made its Colorado premiere one week later at the summer Outdoor Retailer in Denver.

The portrait is the fruit of a somewhat unlikely quorum’s labor. Journalist James Edward Mills is credited with the portrait’s conception, a visual homage to accompany his chronicle of Crenchaw’s ascents. Utah-based artist Lamont White transcribed that concept to the oversized canvas, and adventure brands Outdoor Research and Seirus commissioned the project.

The result is a subtly evocative, humbling commemorative entry to the imperfect halls of mountaineering’s best moments. As the painting’s official custodian, James Mills says he intends to circulate the piece through the United States following the exhibition. After all, the piece was never intended for the sole purpose of commemoration.

To borrow from Mike Carey of Seirus, “[The] memorialization of Charles Crenchaw in this history and portrait will serve as an enduring example of what people can achieve, given a chance. Elevating his inspiring story … sends the message of rightful belonging in the outdoor community, encourages diverse participation and inspires true welcoming.”

You can see the exhibit, Something Yet Higher, now at the Bradford Washburn American Mountaineering Museum in Golden, Colorado. 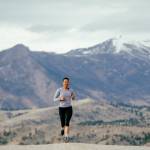 Triathlons Have a Diversity Problem: Here's Who's Fixing It

Black athletes make up less than 1% of triathletes in the U.S. and Canada. Vanessa Foerster is ready to change that. Read more…