Meet Petzl’s newest member of the GRIGRI family, the GRIGRI+. 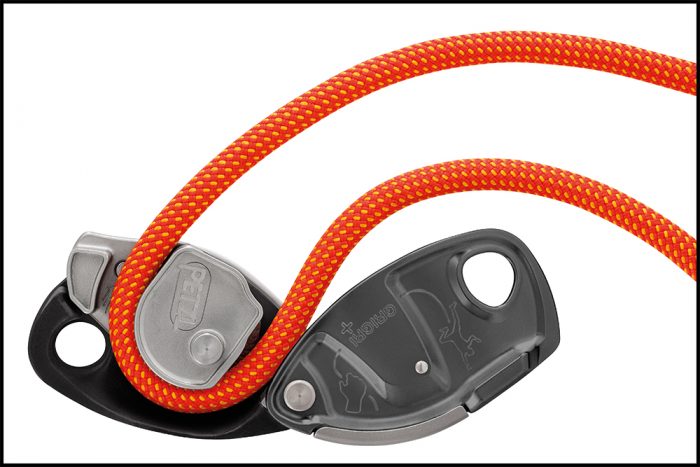 If you’re a climber of any kind, at any level, you’ve probably seen the world’s most popular assisted-braking belay device, the Petzl GRIGRI. It’s been tested and used on millions of climbs in gyms, cracks, and crags worldwide.

Petzl makes some legitimate upgrades to this iconic belay device for 2017. We got a chance to test the GRIGRI+ at Chris Sharma’s climbing gym in Barcelona, Spain, last month. 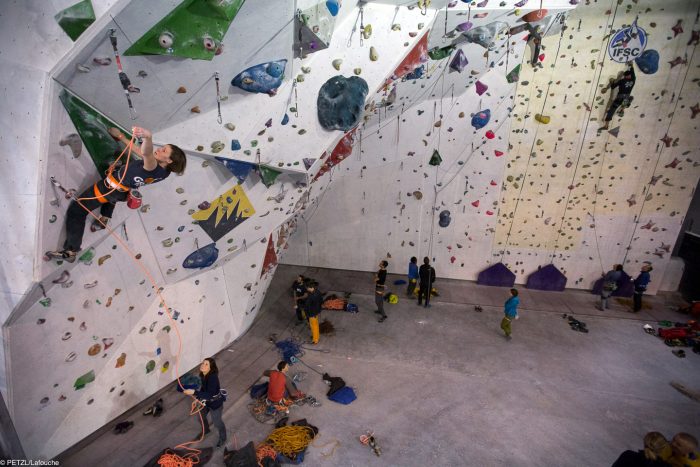 Several new features set the 2017 upgrade apart from the best-selling GRIGRI 2, namely the added “anti-panic” function on the release handle, and the ability to switch from top-rope mode to lead mode.

The GRIGRI+ builds on Petzl’s safety legacy with features that make the device easier for all climbers to use. There’s also a few bells and whistles that serious users of the iconic device will be eager to test. 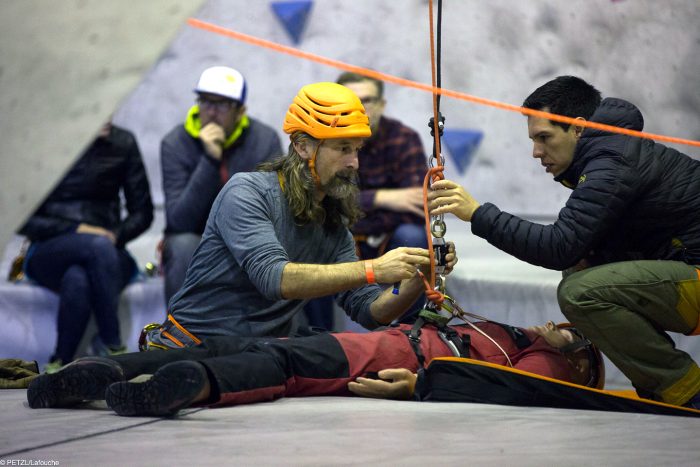 The hand motions of a classic belay system remain the same: Both hands stay on the rope and arrest a fall by locking back on the free end of the rope. Petzl also engraved diagrams for rope installation on the interior and exterior of the device. 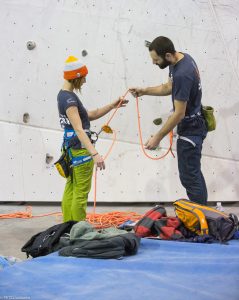 But perhaps the most noteworthy upgrade is the “anti-panic” feature. If a belayer pulls back too hard on the lowering handle (release), the descent stops.

This feature is for new users who are unfamiliar with the sensitivity of the device and professionals like firemen who use the device for self-rappel. It prevents someone from sliding down the rope in a free fall.

Another improvement is the ability to switch between top-rope belay and lead climbing belay.

This makes it easier to take up and play out slack while belaying a climber on lead. The feature will be most interesting to gym rats and instructors who spend a lot of time working problems in a controlled environment.

Finally, the GRIGRI+ provides better control when feeding rope. This is noticeable for those who have been using the GRIGRI for a long time.

The GRIGRI+ is optimized for rope sizes 8.9 to 10.5 mm, or all single-rope diameters common among gym climbers and guides.

Despite the innovations of the GRIGRI+, the GRIGRI 2 is still lighter (170 grams vs. 200 grams) and cheaper ($99 vs. $150). Petzl made the GRIGRI+ with stainless steel wear plates to withstand high-intensity use.

I traveled to Barcelona, Spain, to learn about the new device and put it through the wringer. Petzl was rolling out the GRIGRI+ at Sharma Climbing, one of the world’s foremost indoor climbing gyms. And yes, Petzl-sponsored athlete and climbing legend Chris Sharma was there to climb and chat with us. 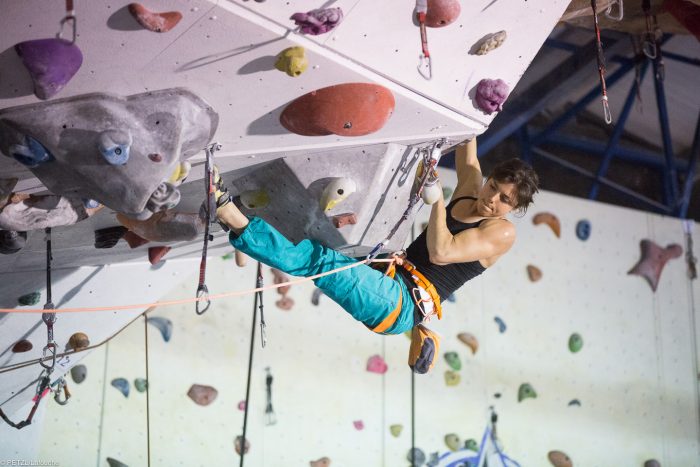 With a group of climbing gym owners, guides, pro climbers, and journalists I tested the GRIGRI+ on three simulation stations, as well as top-rope and lead climbing in the gym.

The first exercise was a “slack race” that tested how well the GRIGRI+ played out slack. We split into teams of belayer/runner and ran to complete a ground-level course of quickdraws. One team member payed out slack while the other ran the course clipping biners.

Even experienced climbers struggled to pay out slack fast enough, but it was a good exercise in what was possible with the GRIGRI+.

The takeaway? The new lead mode on the GRIGRI+ does make it easier to pay out rope to your climber, but this movement takes practice to become smooth and efficient.

The point of these exercises was to demonstrate just how important it is to be on your game: Even with an assisted belay device like the GRIGRI, both hands stay on the rope with slack carefully managed at all times.

From what I could tell, the improved features of the GRIGRI+ would benefit everyone, especially professionals, guides, and instructors.

There are plenty of other auto-locking and assisted-braking devices, although Petzl is probably the best known. Alternatives include the Trango Vergo, the CAMP USA Matik, the Edelrid Eddy, and the Mammut Bionic Alpine Belay Device.

While even the word GRIGRI has become synonymous with the term “auto belay device,” it’s important to note that for the last 15 years, Petzl has condemned the phrase “auto-locking” in favor of “assisted” braking device.

Next up were two dynamic belay stations with 75-kilogram dummies suspended above the climbing gym floor. They were rigged to simulate falls and test our skills in various type of fall arrests, and lowers, putting the GRIGRI through a full range of challenges one might encounter out on the rock. 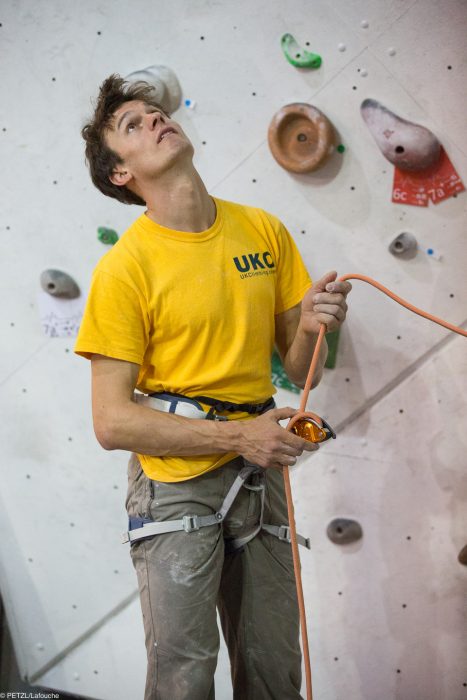 This reinforces that human beings still operate the device and must keep both hands on the rope at all times.

Paul Petzl, son of founder Fernand Petzl and developer of the original GRIGRI in 1991, wanted to provide climbers with a more trustworthy system of belay. Paul and his team fused a belay device with the Stop, a self-braking descender made by Fernand Petzl in 1981. They named the first device the GRIGRI after an African good luck charm.

Petzl developed the GRIGRI 2 two decades later to accommodate a wider range of rope diameters. It was smaller, lighter, and had a progressive descent control that allowed for a smoother lower than the original.

The GRIGRI+ will be available at retail in April for $150.

Up Next: First Ascent Of Infamous ‘Nipple Route’ Thwarted By Love