‘Sherpa’ is a visually stunning, humbling documentary that weaves moments of vulnerability and suspense to tell the story of the people who have made Everest a thriving industry. 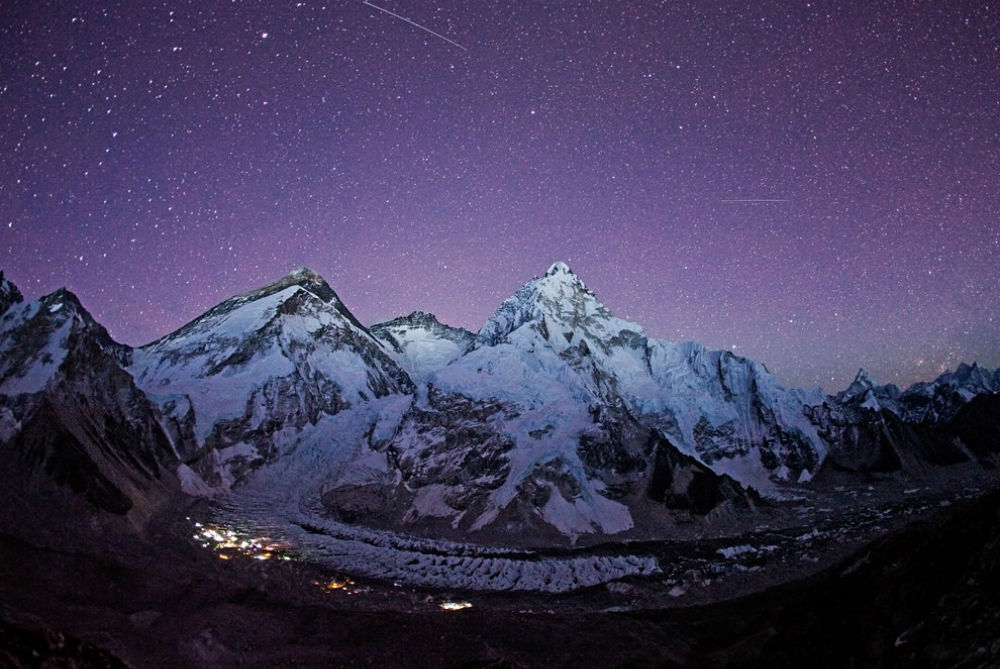 GearJunkie got an exclusive preview of The Discovery Channel’s upcoming release of “Sherpa,” airing April 23rd.

In the first three minutes, director Jennifer Peedom sucks viewers in with a heart-stopping scene shot from the helmet camera of a panicked Sherpa as he teeters across a makeshift ladder spanning a chasm in the Khumba Icefall.

As a low rumbling crescendos into a deafening roar, the camera snaps upward to capture the last fateful moments of the deadliest day in the history of Mount Everest.

The real story being told, however, is that of the rich, and at times tragic, culture of the Sherpa – the Nepalese people who inhabit the highest villages in the Himalayas. This community has become so entwined with Mount Everest that the word “Sherpa” is now synonymous with one who is a guide and porter for Everest expeditions. 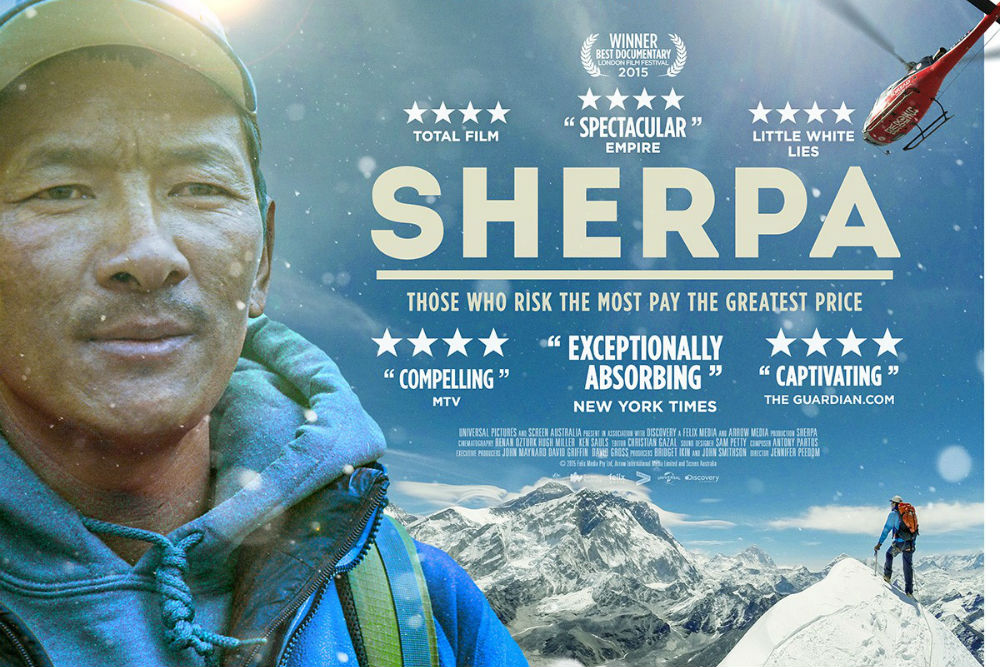 Peedom began filming ‘Sherpa’ as a chronicle of Phurba Thashi’s record-setting 22nd summit of Everest as lead guide. It was purely by chance that Peedom and crew were a part of the expedition and filming on April 18, 2014, when the avalanche that claimed the lives of 16 Nepalese guides changed the scope of documentary.

What followed was a divisive contest over the rights of Sherpas in a multi-million-dollar industry that thrives on Western tourism. Without Sherpas making trips up and down Everest each season, carrying tents, provisions, even flatscreen TVs to climbers’ base camps, expeditions halt and the money dries up.

But at the heart of this film is a story of family. The tense action and dizzying feats inherent in an Everest expedition play a welcomed backseat to the real crux of life on this mountain – the humanity and humility of a people who live at the heart of the most famous peak in the world, but for many of us, exist at its edges.

Life Of A Sherpa

In that space we can all relate to life on Everest. Peedom shows us the real toll climbing that mountain takes – not on its champions, but on it inhabitants. The wives, children, and parents who revere the summit rather than climb it share a hardship that, up to now, has gone largely untold.

With the crisp, color-soaked cinematography you would expect from a joint Discovery Channel-Universal Studios production, ‘Sherpa’ is worth its 90-minute run time in visuals alone.

But the candor and heart the cameras capture when focused on the Sherpa people and not the foreign climbers tells a gripping story ignored by many other documentaries about the highest mountain in the world.

Up Next: Virtual Insanity: Climbing Goes Extreme In VR