Less than two years after losing his leg, Dave Mackey completed the entire Leadville Race Series, one of the ultra world’s most distinguished honors.

Finishing any event in the Leadville Race Series is a lifetime achievement for most people. The series comprises a 10K, a trail marathon, 50- and 100-mile runs, and 50- and 100-mile bike rides. Most entrants qualify for and compete in any one event for honor, spectacle, and the prized belt buckles awarded to winners and finishers.

But a select few (daft) elites subject themselves to every event, and only a sliver manage to finish. Beginning in June with the marathon and ending in August with the marquis 100-mile trail run, athletes can compete for Leadman and Leadwoman glory. And it all takes place in the unforgiving mountain air and brutal topography of Leadville, Colo., ranging from 10,000 to nearly 13,000 feet in elevation. 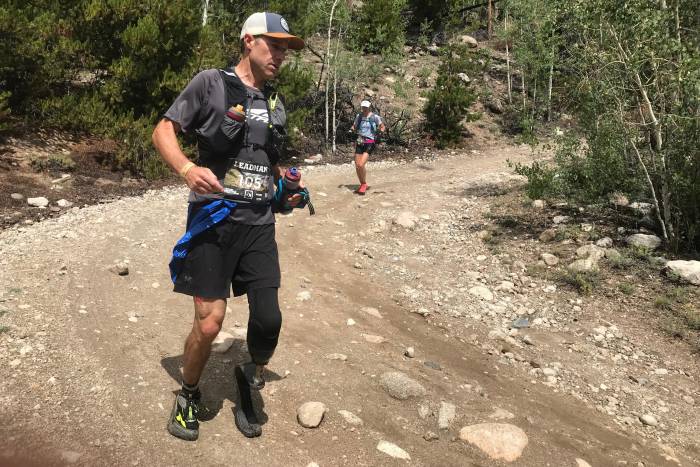 This year saw a first for the coveted Leadman distinction. On Sunday, 48-year-old Dave Mackey crossed the finish line at the Leadville 100 trail run in 24 hours, 55 minutes, 15 seconds.

A longtime professional athlete, Mackey previously recorded numerous long-distance feats, including a sub-7-hour finish of the famed rim-to-rim Grand Canyon run, and was voted Ultrarunning Magazine’s North American Ultrarunner of the Year in 2011. He even finished second overall in the Leadman standings in 2014. 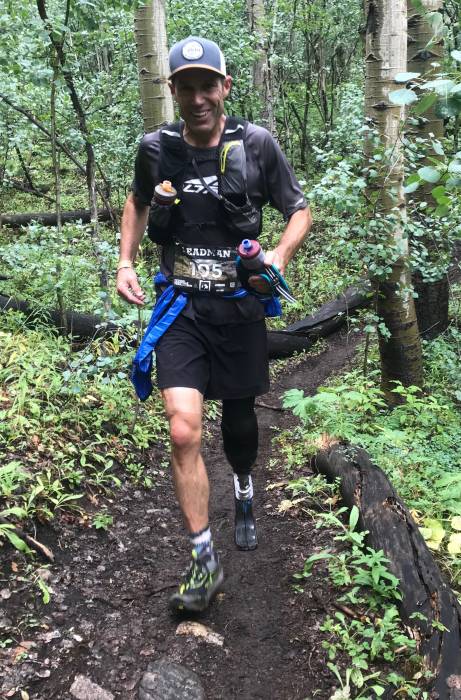 But in 2015, on a training run near his home in Boulder, Colo., Mackey fell off a ridge and severely injured his leg. After continued complications during recovery, he opted to have the leg amputated below the knee in late 2016.

This year, 20 months after losing his leg, Mackey doubled up as a Leadman finisher, a massive achievement in its own right. But he did so with a prosthetic, becoming the first athlete ever to do so.

“It’s crazy to run 100 miles with a prosthetic leg,” Mackey said after finishing the race. “There’s so much more potential for problems beyond the regular ultrarunning problems: cramping, blown quads, and sour stomach. Yet somehow, I was able to mitigate skin damage in my socket.”

Not only did he complete the Leadman challenge, he finished the 100-mile run in under 25 hours, earning him the coveted “Big Belt Buckle.” Finishers between 25 hours and the 30-hour cutoff receive a smaller belt buckle. 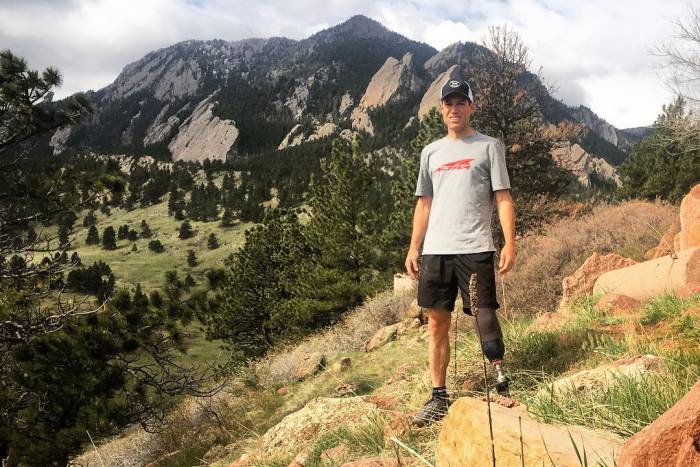 To ensure racer and volunteer safety, the major Leadville races — marathon distance and above — have strict cutoff times. As a result, many riders and runners fall short of finishing any given event.

But Mackey successfully kept a strong enough pace in each event to keep up with — or beat — all finishing contenders. See his times below.

Sponsored by Altra, Mackey said he wore the brand’s Escalante 1.5 and Torin 3.5 shoes during the races. For his next trick, Mackey will run the New York City Marathon on November 4. But for now, he’s just going to revel in Leadville glory.

“All in all, even I am blown away by the outcome,” he said. “Leadman finale: Mission accomplished!”