Switch from tight, ‘ski mode’ to articulating ‘walk mode,’ strap on some crampons, and send the icefall. We tested Dynafit’s TLT Speedfit ski touring boot to see how it performs on ice climbs.

While it may sound absurd, approaching backcountry ice climbs in touring skis is both efficient and enjoyable (most of the time). And half the fun is the puzzle — how to find a way to both ski and climb in a single boot.

Typically, those seeking frozen objectives have to choose between two opposing solutions: 1) Find a pair of Silvretta 404 or 500 bindings, now long out of production, to use with climbing boots or 2) make do with ski touring boots that accept crampons.

The first solution puts skiing performance in the back seat in favor of climbing, especially on downhills. And the latter emphasizes skiing, potentially hampering climbing proficiency. Sure, it’s technically possible to ski in with a full touring set while carrying climbing boots, but that can be cumbersome. So I wanted the best of both worlds on a multipitch ice climbing trip to Valdez, Alaska, this past February. 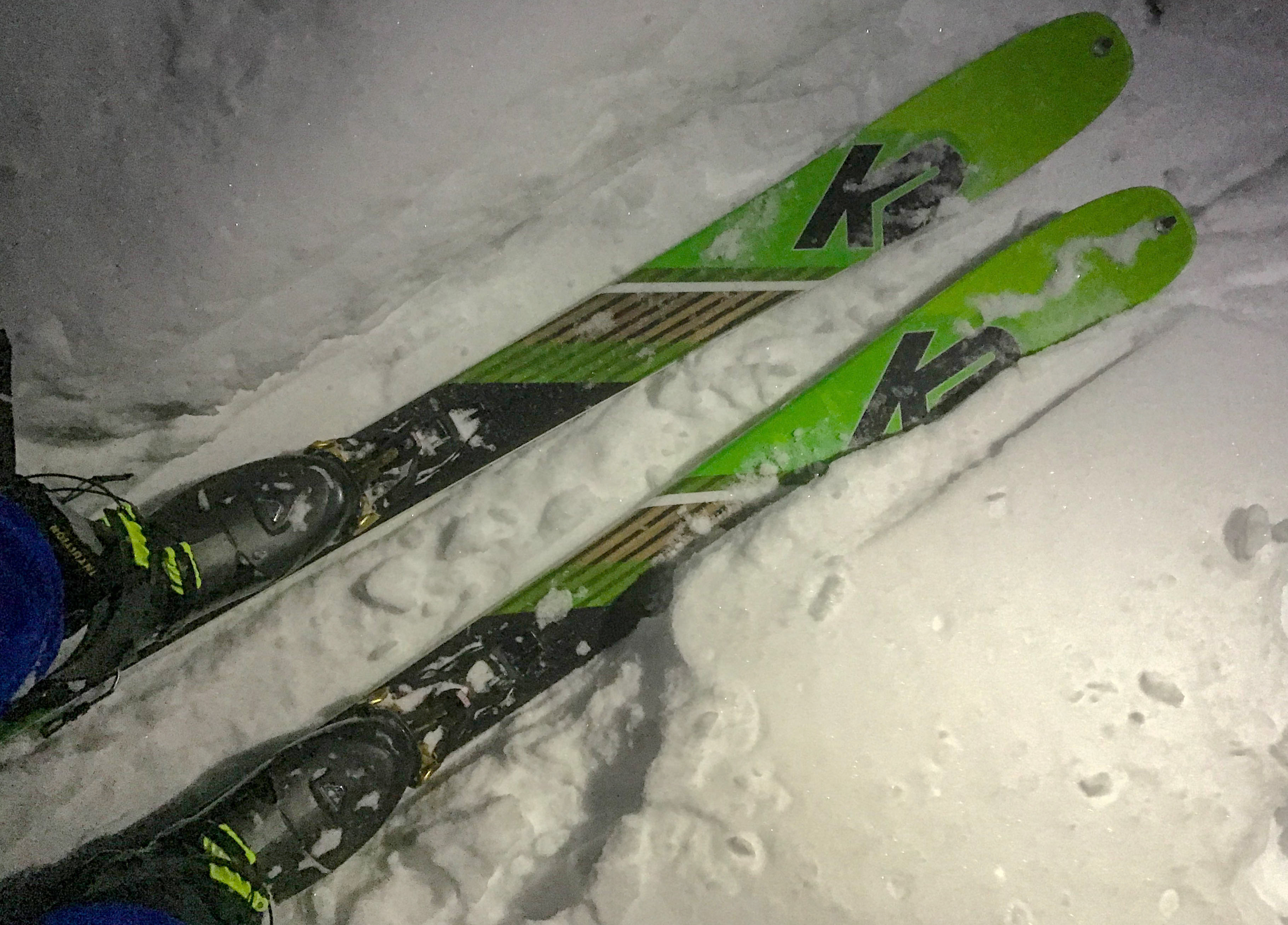 I chose the Dynafit TLT Speedfit boot, valuing its low weight, relatively small profile compared to other models, and compatibility with Petzl crampons. The TLT Speedfit is essentially the TLT6 with a nose that accepts crampons. Because the skiing was strictly limited to approaching backcountry multipitch routes and was mostly flat, downhill performance wasn’t a priority. Thus, this straightforward, compact boot was advantageous for climbing.

Note: According to Dynafit’s site, although REI classifies the boots as “men’s,” the Dynafit TLT Speedfit is unisex.

Valdez in winter can present extremely harsh conditions, so I elected to fit the TLT Speedfit boots with warmer Intuition Pro Tour liners. This upgrade added a bit of mass, but the added warmth proved well worth the extra heft. I chose K2 Wayback 88 skis and Marker Kingpin 10 bindings (required Marker Kingpin TLT Heel Adapters). Both proved excellent for approaches, and many sections would’ve been nearly impossible without skis.

Check out the relevant specs for the boot setup I used for this trip. 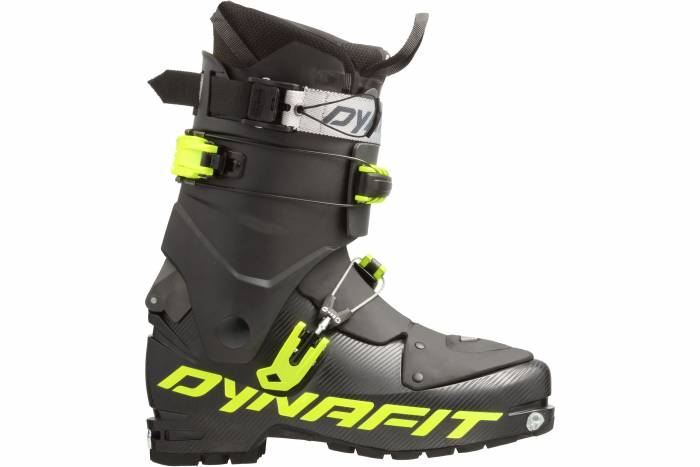 Compared to the unisex La Sportiva Nepal EVO GTX boots I usually use for ice climbs in places like Valdez, the Dynafit TLT Speedfit Boots are longer, taller, and bulkier around the ankles. Both the Petzl Lynx and Dart crampons fit securely and with minimal fuss.

The first difference I noticed between the two was the slightly increased distance between the tip of the front points and the feet on the TLT Speedfits. Then in use, the feel upon impacting ice was also different. Compared to climbing boots, the TLT Speedfit boots relay a more dampened, deadened sensation. This requires adjustments for brittle and fragile ice. 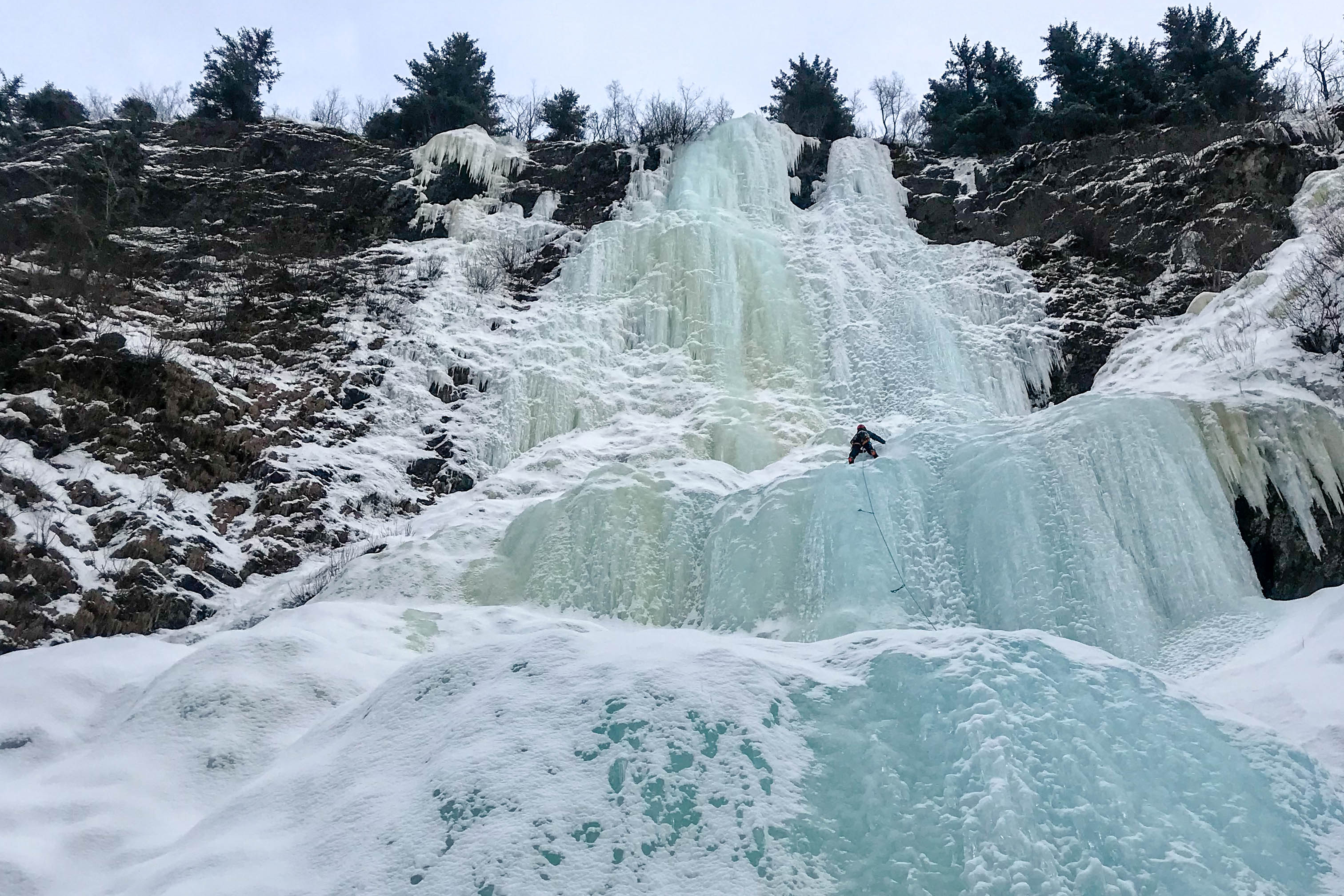 The Speedfit’s increased bulk also demanded more careful placement when sticking the foot into chandeliered ice or around and into corners.

Still, all these compensations became automatic after a few rope lengths and required no further thought. I began to feel greater leverage placed on my calf muscles, so I concentrated on dropping my heels where possible. Not once during routes that were hundreds of feet long did I consider this a huge issue. But I did feel a disadvantage in the extra 4.1-ounce-per-boot bulk the TLT Speedfit held over the Nepal EVO GTX in my leg swing. Again though, I adjusted quickly and with the additional weight came extra warmth thanks to the Intuition liners.

Finally, I noticed that the overall decrease in my ankles’ range of motion left me with some awkward belay stances. So I ended up using chopped stances more than I would with climbing boots. 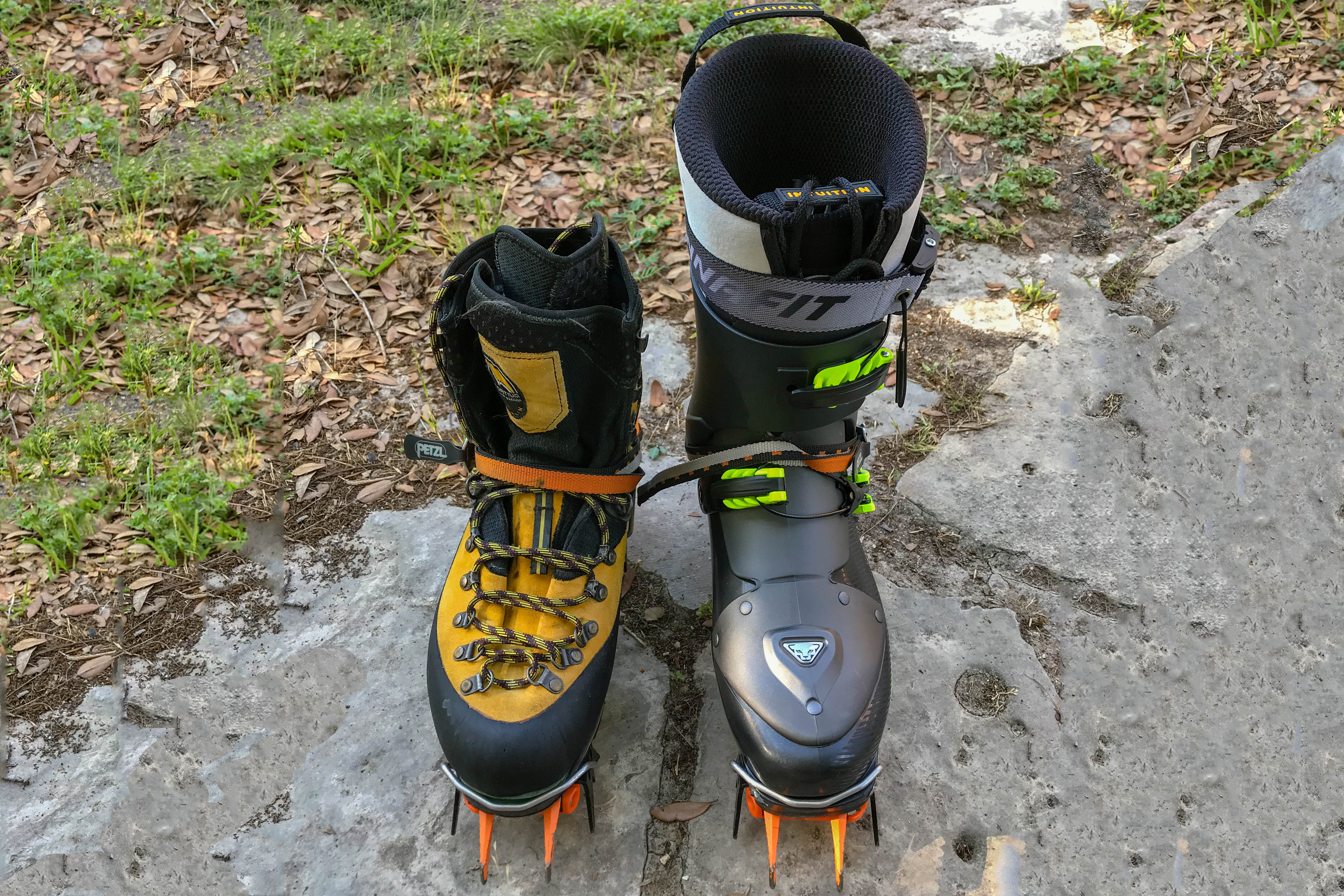 Overall, the most influential characteristic of the TLT Speedfit that differed from my climbing boot was in the relationship between ankle support and ankle range of motion. Climbing boots with laces allow finely adjustable tension above and below the ankle joint.

When using a system like this, I put relatively high tension on the laces that cover the foot, skip the eyelets directly over the ankle joint, and finish with high lace tension above the ankle joint. This method delivers my preferred combination of forefoot sensitivity, ankle mobility, and ankle support.

The TLT Speedfit meanwhile, has just two buckles — on the forefoot and upper cuff above the ankle. There’s also an Ultra Lock strap near the top of the tongue that toggles between a rigid ski mode for descents and an articulating walk mode. For climbs, I had mixed results. The forefoot buckle was simple to adjust and provided ample security and sensitivity. But it took several trial-and-error sessions to adjust the upper cuff buckle and Ultra Lock strap to get the desired feeling around the ankle joint.

Overall, I would characterize the fit and mobility around the ankle joint as acceptable and functional, but not nearly as finely tuned as a climbing boot with laces. The range of motion about the ankle hinge mechanism in walking mode was adequate, but it lacked the omnidirectional movements accommodated by leather climbing boots. 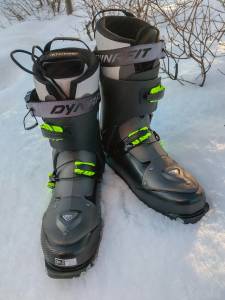 This trip produced ascents of multipitch routes ranging from 300 to 800 feet, with ratings of WI4 and WI5. After three full pitches, I felt confident climbing multipitch routes in the Dynafit TLT Speedfit with difficulty ratings up to WI4, a number grade below my limit.

While the TLT Speedfits had well-defined strengths and weaknesses, the marketplace for such “ski alpinism” boots is growing. Arc’teryx has its Procline Carbon Support Boot, and Salomon offers the S/Lab X-Alp Ski Touring Boot, both designed to bridge the gap between ski touring boots and climbing boots. For those who require the support and skiing performance of true ski touring boots for challenging terrain, climbing in ski touring boots like the unisex Dynafit TLT Speedfit may be worth a try.