Ride your bike nonstop from Maine to Florida? Thanks to a new bridge crossing the future of this 2,900-mile route, dubbed the East Coast Greenway, is getting closer to complete. 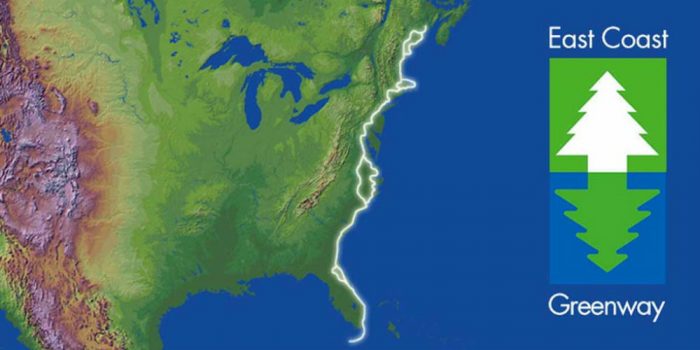 A monumental non-motorized trail project is only halfway through its planned 39-year construction. But the news this week of a new 1.5-mile stretch along the Thomas Hatem Memorial Bridge in Perryville, Md., has advocates cheering.

The THM bridge is now open to bicycle traffic. This link lets a cyclist traverse a river that formerly impeded the coast-hugging route.

Before you pack your panniers, know that the East Coast Greenway only has 850 miles constructed. It won’t be an actual complete bike trail until around 2030. (For now, riders follow a network of bike-only trails and on-road recommended routes.)

Earlier this month, the THM Bridge opened lanes of I-40 to cyclists, some of the time (more on that below). Prior to that, bikers had to choose between crossing the river 13 miles to the north along a narrow, dangerous stretch of U.S. 1, or dismounting and taking a cab or bus to the other side of the Susquehanna River.

With the river now passable for bikes, the Greenway has a clear, if symbolic, path to completion.

Beyond the bridge, issues persist with the project. From funding shortfalls to maintenance problems (the trail runs through 15 states and countless municipalities, each charged with the upkeep of their respective segments), there are at least 14 anticipated years until riders will see the whole route come to fruition. 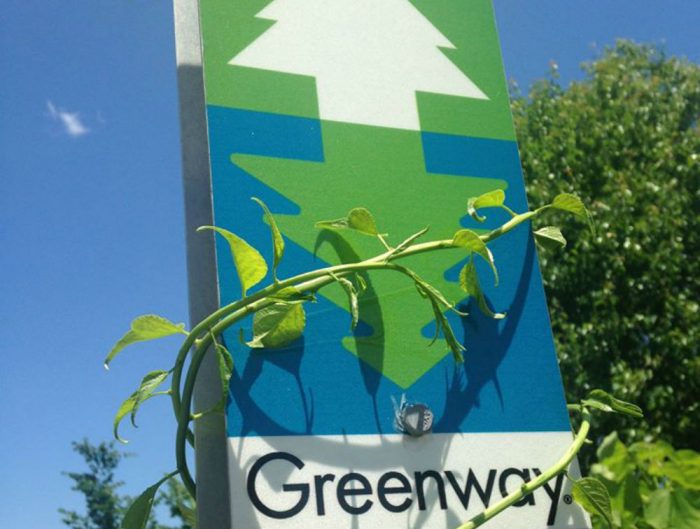 Rules Of The Road

The new bridge crossing itself is a literal bottleneck of regulations. According to the Maryland Department of Transportation, cyclists must observe the following rules for safety: Bikes can only cross from 9 a.m. to 3 p.m. on weekdays, and dawn to dusk on weekends and state holidays.

The bridge is closed to bikers when winds exceed 30 mph. All riders must have a driver’s license or be at least 18 years of age. Riders must press a button to activate flashing lights before crossing, and, if crossing from the east, riders must pay the $8 two-axle bridge toll.

But hey, it beats swimming.

At present, the East Coast Greenway route from Calais, Maine, to Key West, Fla., is marked with signs and can be biked in its entirety.

Only 30 percent of the current ECG is off-road (on dedicated bike paths), but the alliance managing the trail’s development envisions an entirely off-road system by its completion.

The ECG is an amazing undertaking that has slowly gathered momentum since its inception in 1991. We are huge fans of its progress and, despite the hassle of a major bridge crossing, applaud the collaboration of volunteers and policymakers.

We’ll be following developments on this project and look forward to trying it out in the ’30s.

Up Next: Classic MTB Brand Reboot: Ellsworth Bicycles Is Back