We put ‘the skinniest and lightest half rope money can buy’ to the test.

Gram shaving and space saving may be common in the ultrarunning and thru-hiking worlds. But that ethos carries just as much favor in the climbing world too.

Enter the Edelrid Skimmer Pro Dry 7.1, an incredibly skinny UIAA-certified half (clip every other protection point with alternating strands) and twin rope (clip every point). And with the brand advertising it at 36 grams per meter, it’s one of the lightest ropes ever produced.

Obviously, we wanted to know how “the skinniest and lightest half rope money can buy” (Edelrid’s words) performed when it really mattered. So in February, we tested the 70-meter version of the dry rope in twin configuration on multipitch ice climbs in Alaska.

In short: The Edelrid Skimmer Pro Dry 7.1 is a great handling rope for alpine, ice, and mixed climbing. Due to its tiny 7.1mm diameter, it is indeed incredibly light. The cord proved perfect for my giant multipitch ice climbs in Alaska, allowing longer pitches and fewer rappels. Still, the rope demanded careful management, and while its skinny profile worked well in our multipitch, high-angle ice testing, other situations may require a larger-diameter cord. 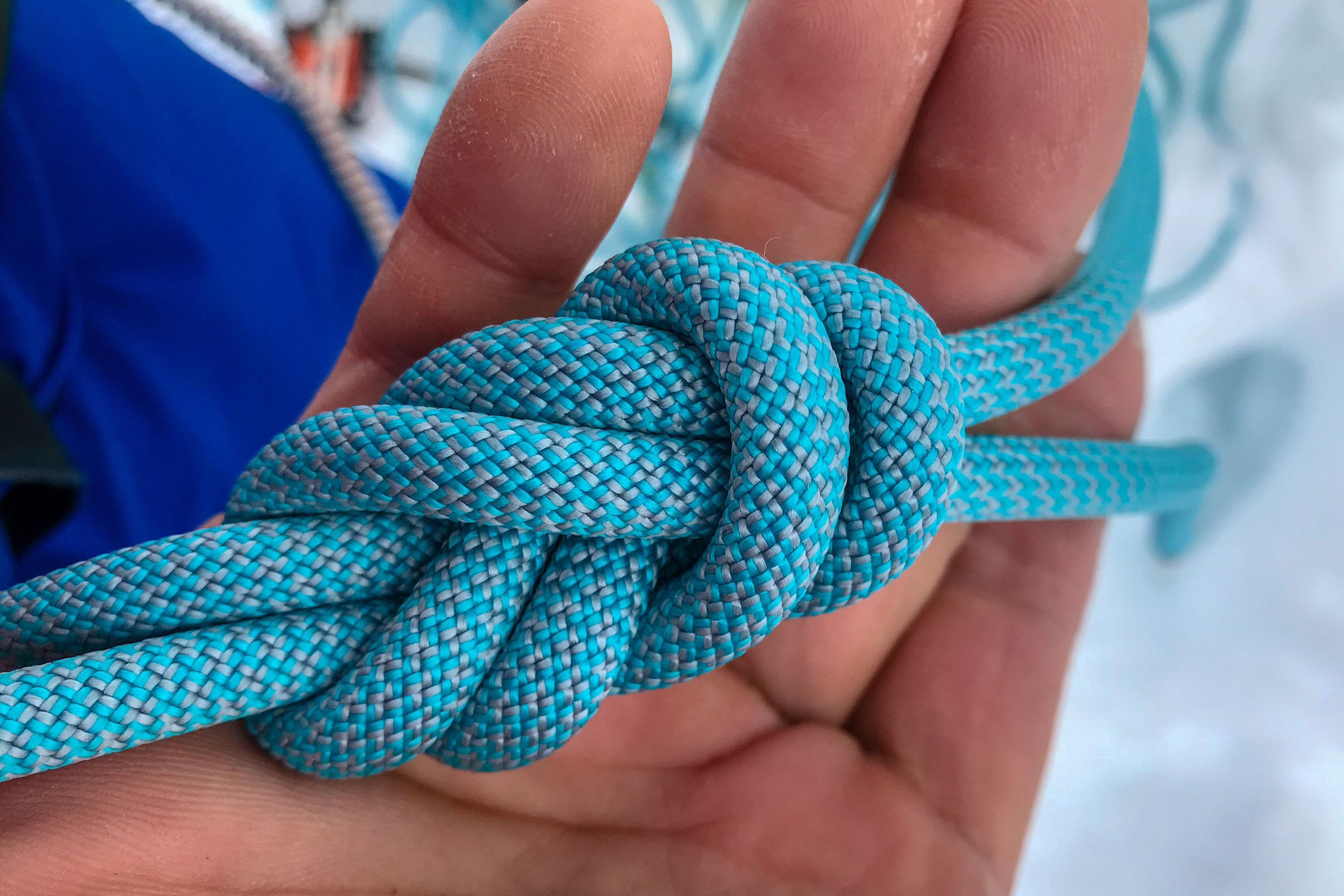 Each 70-meter strand of our test sample weighed in at 6 pounds. That put it about 6.5 ounces above Edelerid’s advertised weight of 36 grams (~1¼ ounces) per meter. Even still, that’s incredibly light and certainly the lightest rope I have ever tested. 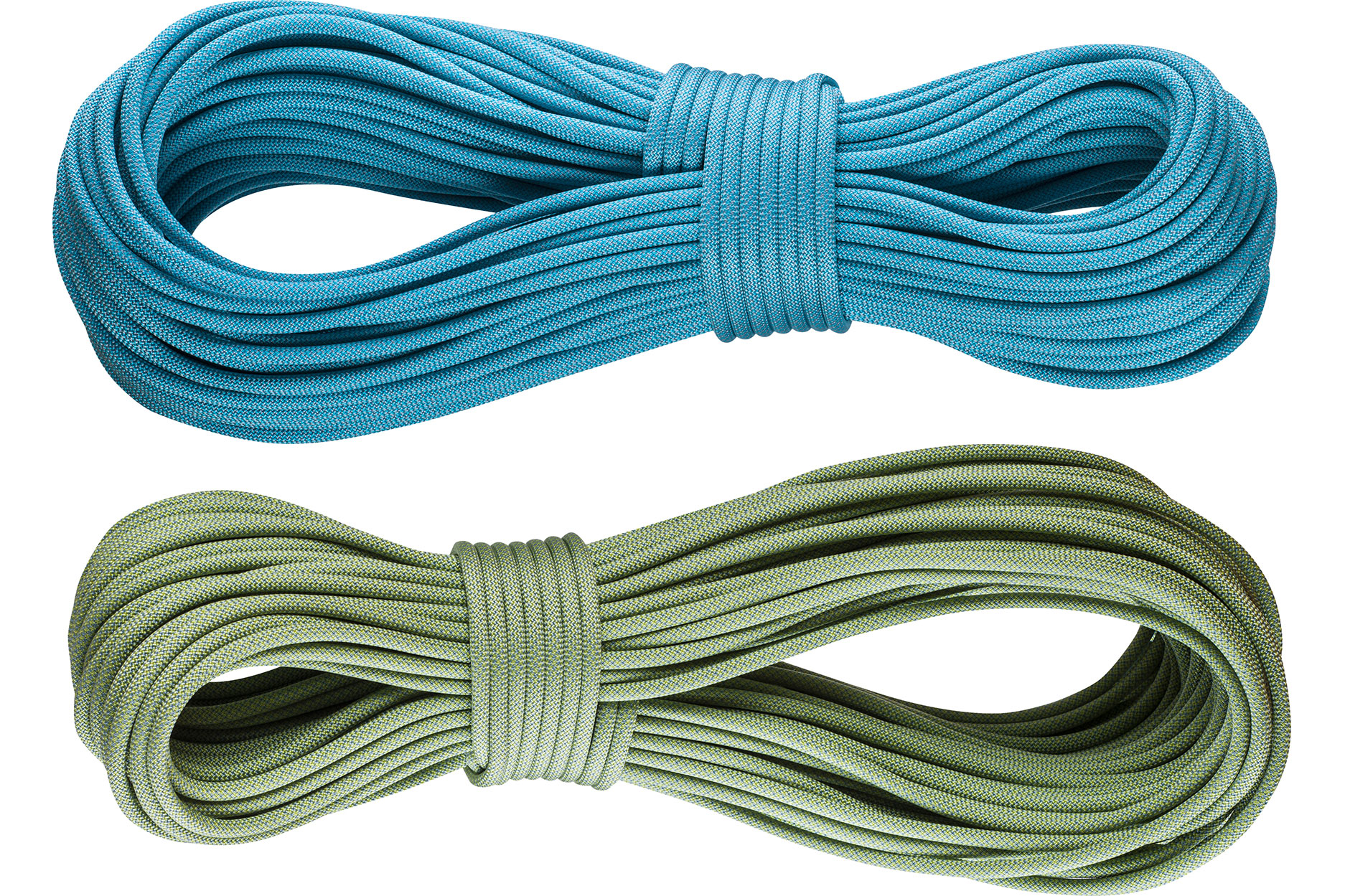 In addition to receiving Edelrid’s Pro Dry treatment, the German manufacturer subjects the Skimmer to its standard Thermo Shield heat treatment. As with all Edelrid ropes, the Skimmer carries Bluesign approval for sustainability and minimal environmental impact.

When I arrived in Alaska and showed my climbing partner the rope, his response was simple: “Whoa, that is tiny.”

Only a hair bigger than my cordelettes, the Skimmer Pro Dry 7.1 is indeed visually striking. We both fiddled with the ropes, looks of concern about durability and function flashing between us. But all was forgotten when we each took a strand and shoved them into our alpine packs. The rope’s minimal weight and small package for the full 70-meter length brought smiles as we hoisted the loads onto our backs.

The rope handled beautifully on our chosen multipitch routes. It knotted and fed through the Edelrid Micro Jul — which the rope required to accommodate the minimum rope diameter for belay devices — exceptionally well. And while most of our climbs offered relatively straight paths, a few required traversing out of belays before heading upward. The latter revealed the smooth-running quality of these ropes through gear and over occasional rock.

We also experienced very little kinking in the cord throughout the trip, which is uncommon for a new rope. This could in part be a result of Edelrid’s 3D Lap Coil packaging method. That, and we almost always ran the full length of the lines while climbing.

Ultralight Climbing Rope: What We Learned 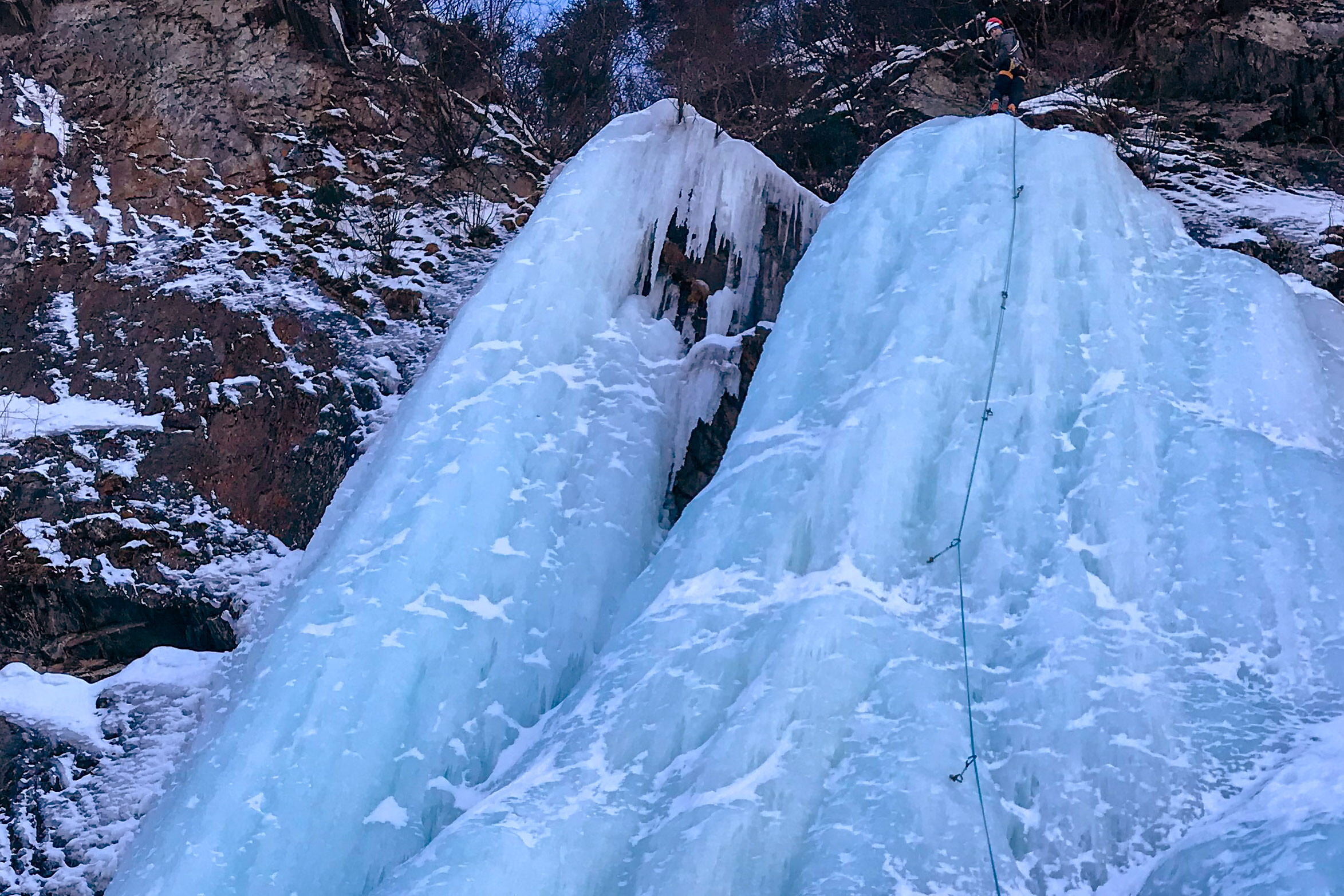 Twin 70-meter strands is a lot of rope to manage. We had to exercise the utmost care at belay stations to keep the two lines stacked correctly and untangled, particularly during rappels and in high winds. And if a strand did become tangled, the combination of massive length and small diameter made correcting the mess a long and involved affair.

We also learned to avoid tossing the ropes down for rappels unless the path was straight and fully visible and the winds were nearly nonexistent. When tossed in any amount of wind, or with foliage in the way, the svelte cords quickly created a jumbled mess.

Neither of us experienced a leader fall on the Skimmer, but I did take a fall while following. The amount of rope stretch was surprising, drastically more than the single lines I climb on most of the time. Because maintaining precise, even tension on both strands of a half or twin rope proves difficult, I essentially fell on a half rope, which explains much of the elasticity. But I was happy to note the catch was incredibly soft — the softest impact I have ever felt on a climbing rope.

This rope stretch was also evident during the ends of rappels. The small diameter and sheer length contributed a lot more total elongation than usual.

One of our strands did endure a minor drip in a belay cave, but it didn’t absorb any noticeable water. So when I returned home, I dunked the rope in a kiddie pool. When I pulled it up and examined it, the Skimmer displayed the least amount of water absorption I have seen in a used rope.

The most enjoyed characteristic by far was the ability to directly pass the Skimmer through V-threads, minimizing time spent at rappel stations and eliminating the need to leave anything behind. This factor alone makes the 7.1mm diameter worth considering for the types of routes we sought out on this trip.

Our set of Edelrid Skimmer Pro Dry 7.1’s fared well throughout our weeklong Alaskan adventure. All the routes but one spanned at least three pitches, and we didn’t baby the ropes. The only visible signs of wear were a slight dulling in sheath color and some noticeable sheath slippage and core exposure at the ends (easily fixed by melting at home).

I will be taking the Skimmer back out to Alaska for more multipitch ice climbing. But if objectives include more potential sources of abrasion or sharp edges, I would strongly consider a larger-diameter cord to hedge the odds in my favor should damage occur.

The Skimmer was the perfect rope for our multipitch ice climbing objectives in Alaska. It functioned beautifully as long as we took great care to keep the two strands from tangling.

We appreciated having two strands measuring a full 70 meters and minimal weight penalty. This proved advantageous both for climbing and rappelling. And the ability to pass the Skimmer through V-threads was a huge bonus.

For objectives similar to ours, the Edelrid Skimmer Pro Dry 7.1 is an incredible rope. Still, for those likely to abuse their rope with sharp rocks or high winds, I would still encourage opting for burlier lines with a larger diameter.